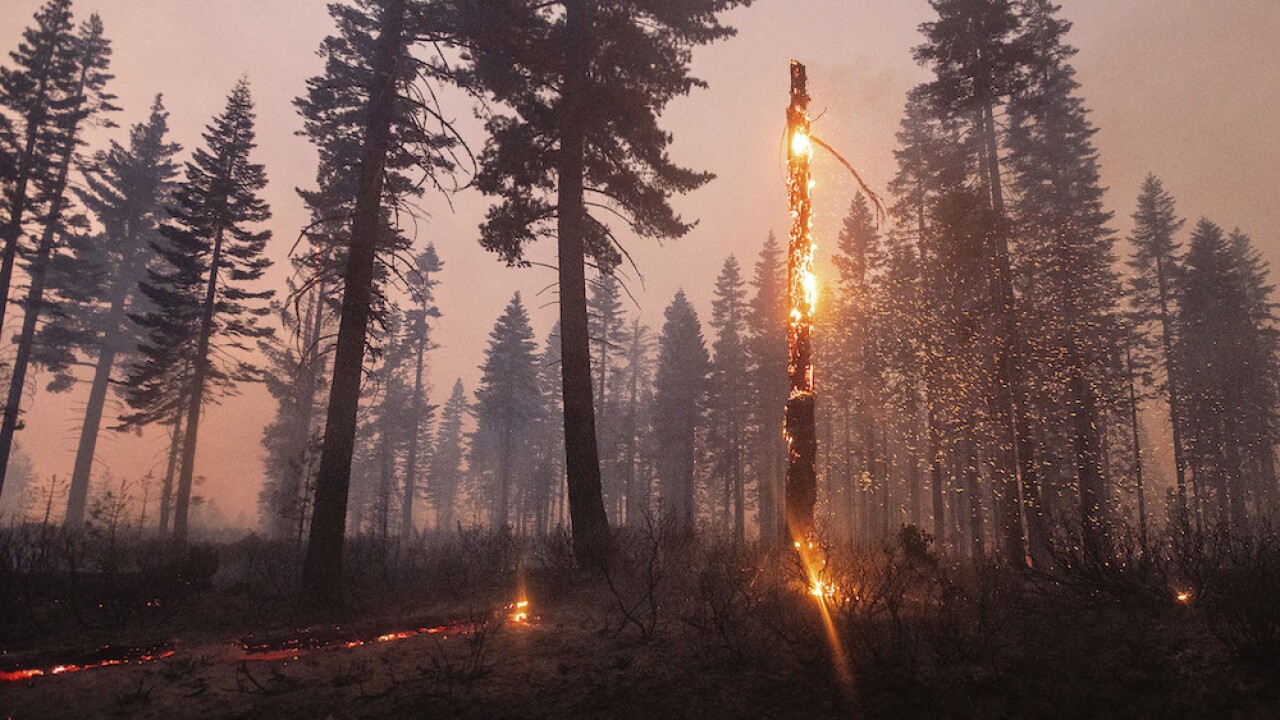 Firefighters battling the West Coast wildfires say this year's blazes are some of the worst they have ever seen.

They say the fires are taxing the human, mechanical and financial resources of the nation's wildfire fighting forces to an extraordinary degree. And half of the fire season is yet to come.

Heat, drought and a strategic decision to attack the flames early combined with the coronavirus to put a historically heavy burden on fire teams.

Justin Silvera is a 43-year-old battalion chief with Cal Fire, California's state firefighting agency. He says new fires break out before existing ones are contained.

“There’s never enough resources,” said Silvera, one of nearly 17,000 firefighters in California. “Typically with Cal Fire we’re able to attack — air tankers, choppers, dozers. We’re good at doing that. But these conditions in the field, the drought, the wind, this stuff is just taking off. We can’t contain one before another erupts.”

According to The Associated Press, fire crews have been summoned from at least nine states and several other countries, including Canada and Israel. Mutual agreements for agencies to offer assistance have been maxed out at nearly all levels of government.

"We know that there's really nothing left in the bucket," Washington State Forester George Geissler told The Associated Press. "Our sister agencies to the south in California and Oregon are really struggling."

Western states have been seeking assistance in fighting wildfires since mid-August. On Aug. 19, California, Gov. Gavin Newsom asked for assistance from other states in fighting fires, saying that resources were already "stretched." Since then, hundreds of thousands of acres have forest has continued to burn.

The Associated Press also reports that experts believe the COVID-19 pandemic has contributed to the historic fire season. In June, U.S. Forest Service Chief Vickie Christiansen issued a directive to aggressively fight all fires, hoping to minimize the need for large groups of firefighters before blazes got out of control.

However, experts say that the directive allowed forest fire fuels that would have typically already burned to build up, allowing the fires to spread more quickly in recent weeks.

Officials hope that cooler, wet weather in the Pacific Northwest could assist firefighters in containing blazes in the coming days. However, forest fire season lasts through October on the West Coast, meaning officials still face an uphill battle.