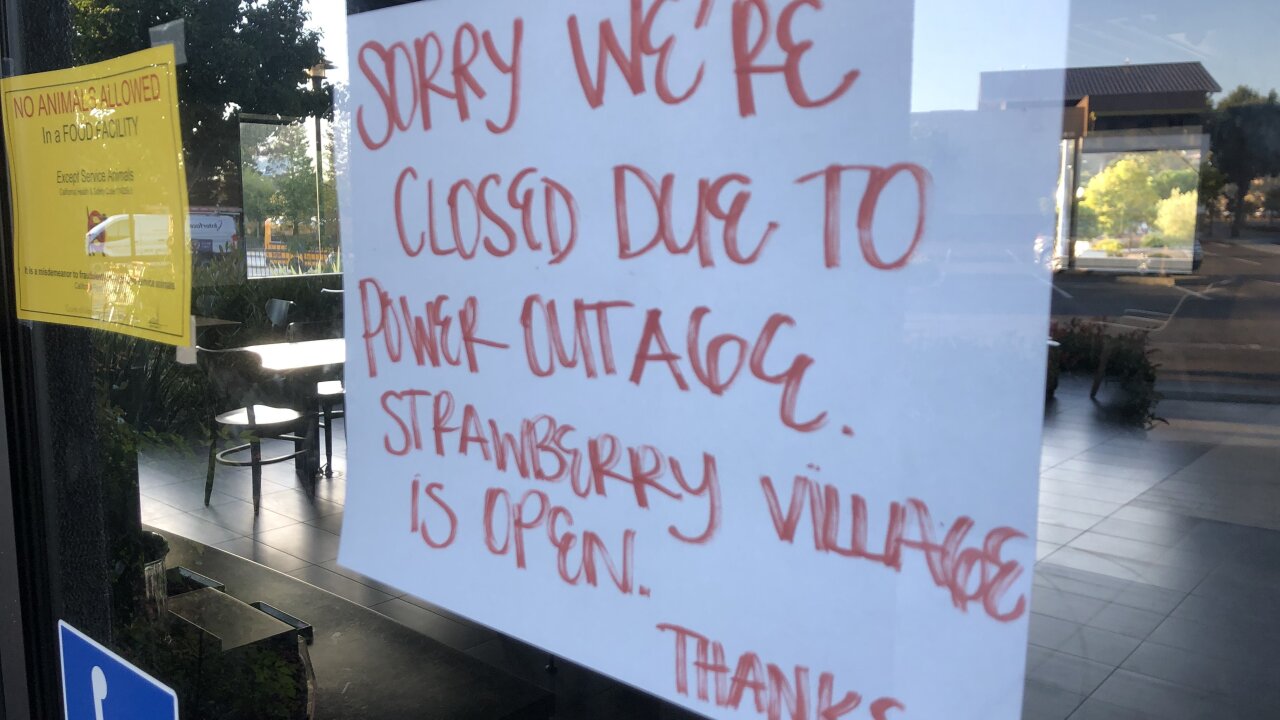 Pacific Gas & Electric should give rebates or credits to each of its nearly 800,000 customers affected by last week's power shutoffs , California Gov. Gavin Newsom said, demanding that the utility "be held accountable."

The utility intentionally cut power to almost 800,000 customers in Northern California last week in an effort to prevent downed utility lines and equipment from causing wildfires amid dry and windy conditions. Some customers were without power for days.

Newsom is urging PG&E to give credits or rebates of $100 to each residential customer and $250 to small businesses as "some compensation for their hardships," a release from the governor's office said Monday.

"Californians should not pay the price for decades of PG&E's greed and neglect," Newsom said in the release. "PG&E's mismanagement of the power shutoffs experienced last week was unacceptable."

On the second day of the shutdown, San Jose said the move had cost the city at least half a million dollars . Deputy City Manager Kip Harkness said he expected the number "to go much higher." Business owners, too, complained of lost revenue.

PG&E CEO Bill Johnson responded by saying it had carried out the shutoffs in accordance with a plan that the California Public Utilities Commission had approved, under the commission's guidelines, and pointed to the fact that no wildfires were started.

"While we recognize this was a hardship for millions of people throughout Northern and Central California, we made that decision to keep customers and communities safe," Johnson said in a statement. "That was the right decision."

Californians blasted the utility for the move. While PG&E has been blamed for deadly wildfires in the past, critics said it should have invested in improving its infrastructure instead of just cutting off power for days.

And PG&E was heavily criticized for how the shutoffs were handled. The company's website crashed, and there were long wait times at the call center.

Along with addressing the communication problems, the CPUC said it wants more accurate maps, power restored more quickly, and better coordination with counties and tribal governments.

The commission is also asking for more transparency in the shutoff decision-making process, more on-call resources, and clear steps to minimize the scope of future PSPS events.