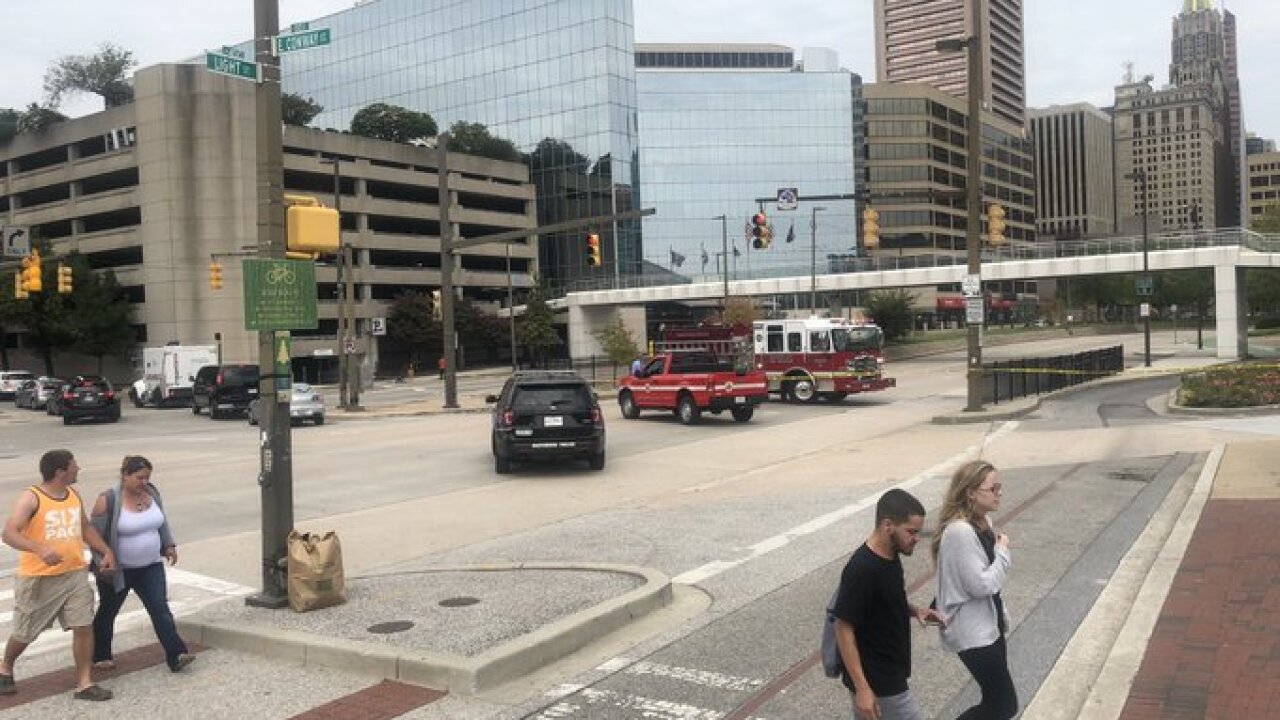 BALTIMORE — Baltimore Police and Fire Department have blocked off several streets near the Inner Harbor due to an investigation of a suspicious vehicle.

According to the Office of the Baltimore Mayor, the incident was reported to Baltimore City Fire around 10:30 a.m. local time. The department received a threat of a suspicious vehicle with 1,000 gallons of gasoline parked along the 100 block of East Pratt Street.

Police and Public Safety officials immediately worked to evacuate the Inner Harbor and the surrounding buildings in the area when they arrived at the scene.

Local and federal law enforcement were notified of the incident and are actively investigating the area.

Light street is closed right where it splits off, at Conway. Major intersection in Downtown Baltimore shut down pic.twitter.com/x1O4fwSfF5

NEW: People being told to leave the area of the Pratt and Light Street Pavilions. Nearby buildings are already evacuated pic.twitter.com/4yhOnRgfAz

This story was originally published by Khalida Volou on WMAR in Baltimore.