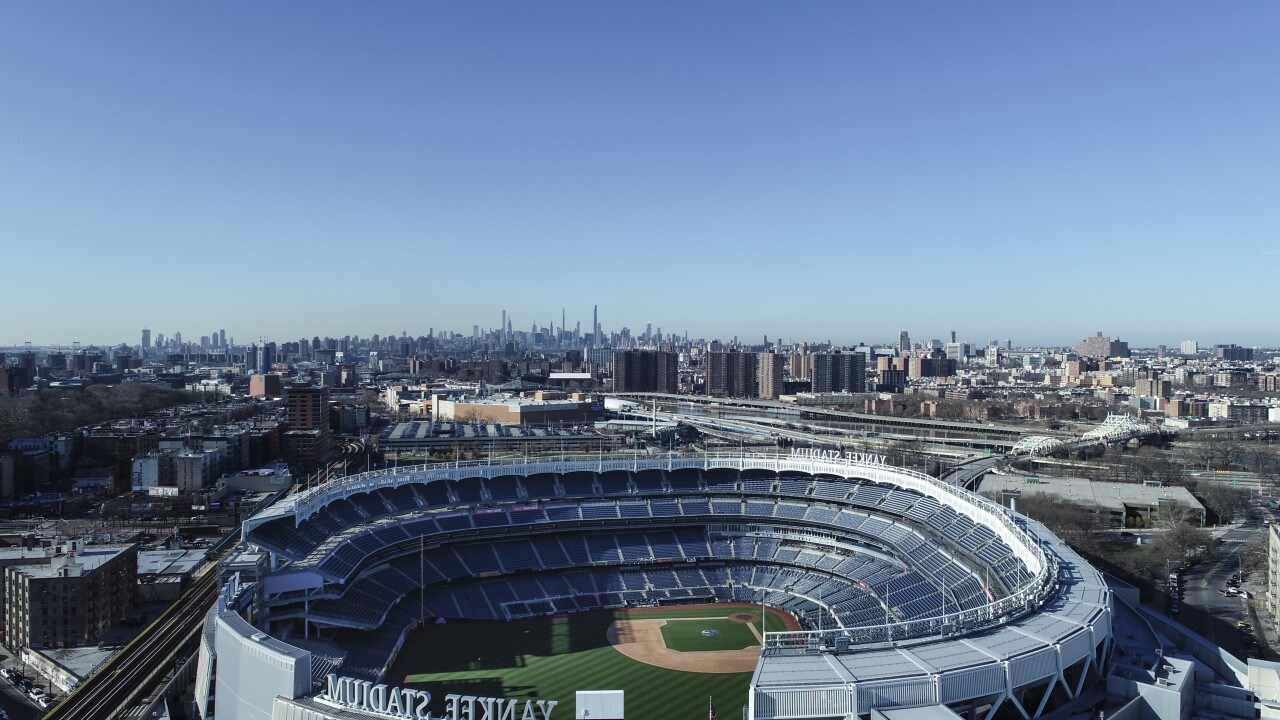 During his daily coronavirus briefing Monday, Cuomo said he "has been encouraging major sports teams to plan reopenings without fans, but the games can be televised."

He said reopening sports would be in the best interest of all people and the state of New York, adding he would like to start watching the Buffalo Bills play again. "I want to watch the Bills."

Cuomo said he has been watching reruns of old games, but would rather watch current sports.

The governor said sports would need to work on logistics to decide whether they can work economically without fans, adding it is a "sport-by-sport" basis since some games rely more on television income than stadium income.

Sports would need to make their own economic decision, but if it works out, "why wait until you can fill a stadium" to bring a team back.

When asked about Major League Baseball over the weekend, Cuomo said he would be comfortable with the Yankees and Mets playing in New York City without fans, but it's not up to him.

The governor also announced Saturday that the state would allow horse racing tracks and Watkins Glen International auto racing to reopen on June 1 without fans.

New York City has been considered the epicenter of the virus, with over more than half of the state's 350,000 cases.

This story was originally reported by WPIX.