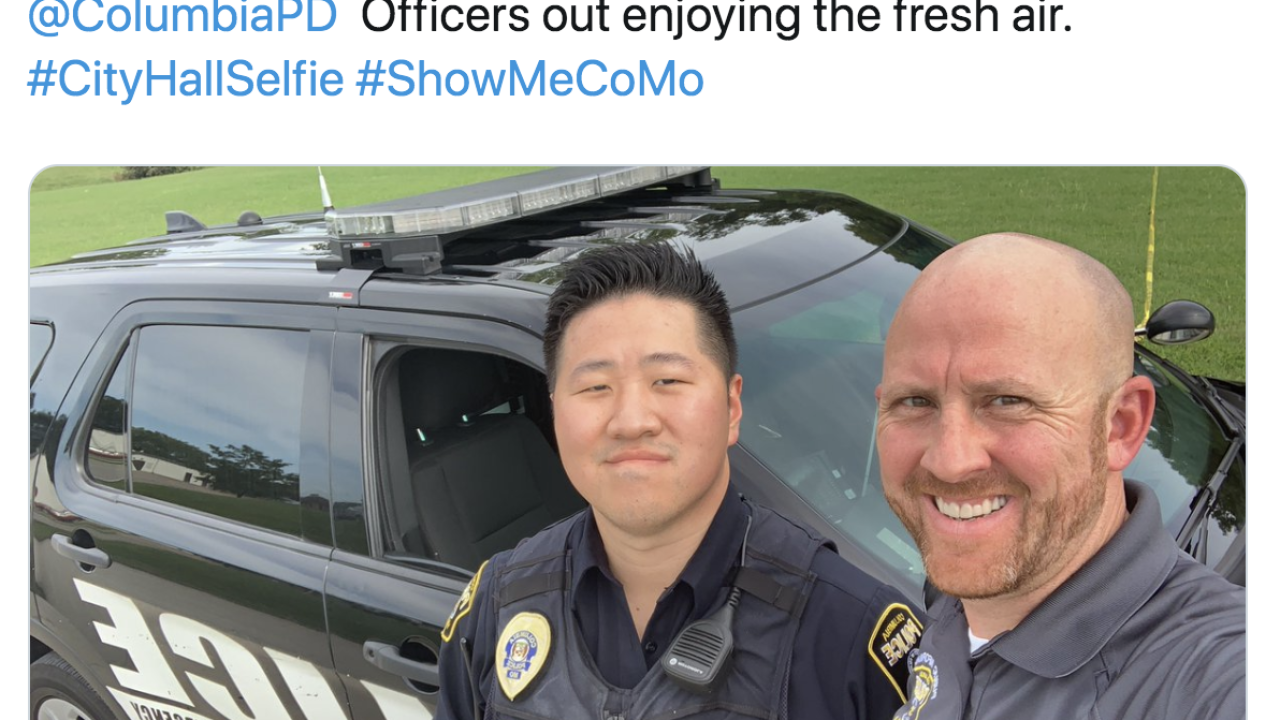 A Missouri city official is apologizing after an employee took two selfies of grinning police officers near where a baby's body was found this week in Columbia.

The incident happened Thursday when Columbia Police Department officers were called to the scene in a wooded area. The infant has not been identified and investigators are asking for tips on the identity and cause of death, officials said.

While at the scene, a community relations member assigned to the police department took selfies of several officers, Columbia Community Relations Director Steven Sapp said in a statement.

The photos were taken as part of the local government's City Hall Selfie Day, and posted on the police department's social media pages.

"Out keeping the streets safe while taking a quick selfie," the caption said, according to CNN affiliate KMIZ.

Sapp said the photos were not meant to be disrespectful and a coaching effort is in place to ensure it does not happen again.

"We understand that this was not an appropriate situation or location for these types of photos to be taken and we sincerely apologize to our community, on behalf of the unknown infant child, and to the Columbia Police Department,'' Sapp said.

The Columbia Police Department said it took down the photos Friday night. "We apologize for any insensitivity the photo invoked," it said on Twitter.

We have removed a photo which was taken on August 15 near a crime scene. We apologize for any insensitivity the photo invoked. We have issued a community apology. https://t.co/bT0ct518Yg

Columbia is 125 miles from St. Louis.