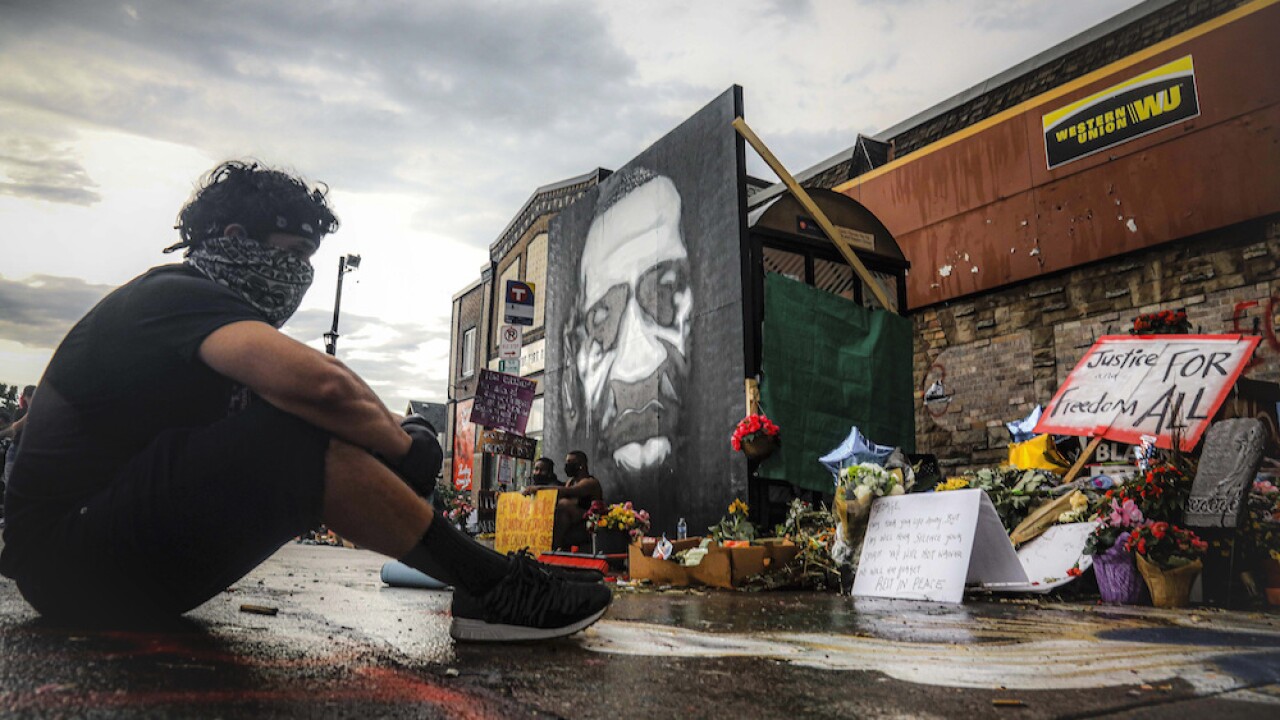 Copyright 2020 The Associated Press. All rights reserved.
Bebeto Matthews/AP
After a new mural, center, of George Floyd is added to a growing memorial of tributes, Trevor Rodriquez sits alone at the spot where Floyd died while in police custody, Tuesday June 2, 2020, in Minneapolis, Minn. “I have been out every single night protesting peacefully, just trying to support everything,” said Rodriquez. “I didn’t want to come here just on a rush, so I had to just take a moment to pay my respect.” (AP Photo/Bebeto Matthews

Quincy Mason, George Floyd's son, visited a memorial for his father on Wednesday at the site where his father was arrested prior to his death in Minneapolis police custody.

"We want justice for what's going on right now," Mason said. "I appreciate everyone showing support and love, and I thank you."

Mason was accompanied by Ben Crump, the lead attorney for the family of George Floyd. Crump said Wednesday that he expects three of the officers involved in Floyd's arrest to be charged in connection with his death before a memorial service for Floyd on Thursday, calling them "accomplices in the killing of George Floyd."

Three other officers involved in the arrest have been fired from the Minneapolis Police Department but have not yet been charged.

On Monday, Floyd's brother, Terrance, visited the memorial and led the crowd in a moment of silence. He then later addressed the crowd via a bullhorn and called for demonstrations in his brother's name to remain peaceful.