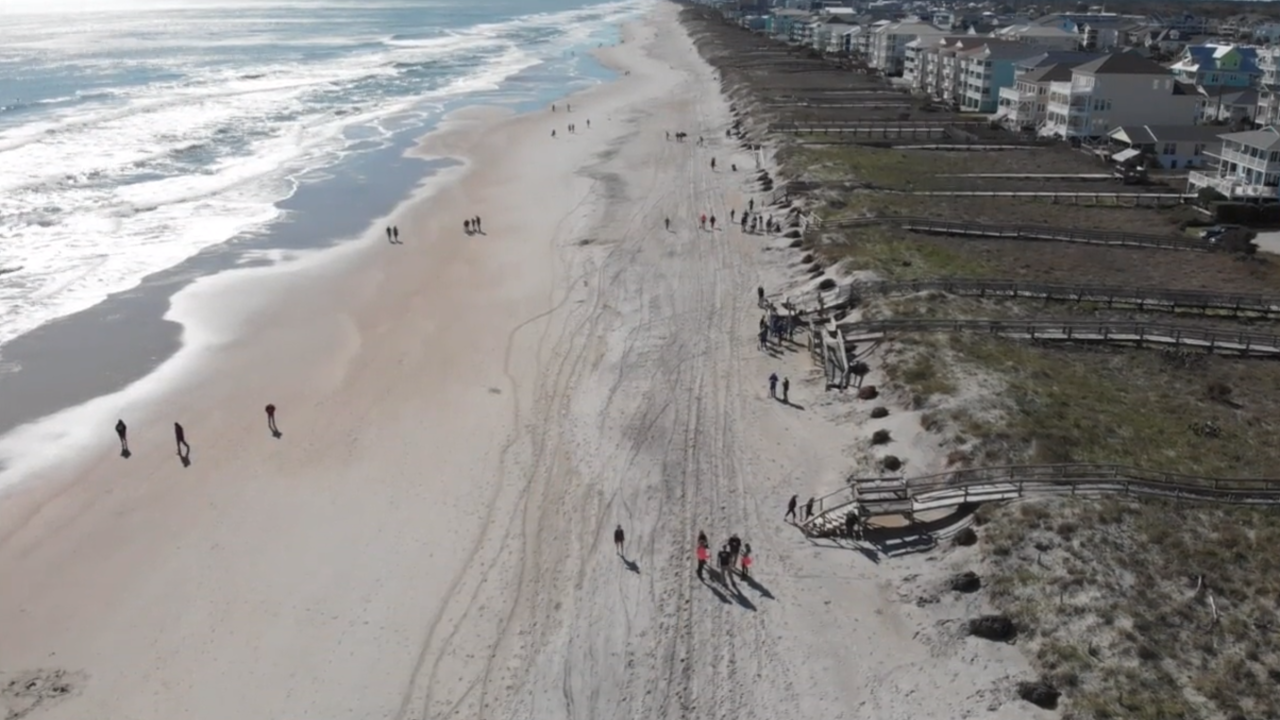 CAROLINA BEACH, N.C. – For a crew of friends in the Carolinas, surfing is much more than a sport, it’s almost a spiritual experience.

The Atlantic Ocean is their playground and also their sanctuary.

“It’s absolutely the best place on the planet,” said Kevin Piacenza, chairman of the Cape Fear Chapter – Surfrider Foundation. “You know, the edge of the continent. It doesn’t get any better than that.”

Recently, his inner circle started working to better protect their favorite surf spots on the outer banks from coastal erosion.

“It’s gotten much worse probably in the past five years primarily from the tropical storms that we’ve had,” he said.

Exactly one month after Christmas Day, dozens of people came down to Carolina Beach, North Carolina, to help rebuild the dunes – by recycling old Christmas trees that are gathered by the city.

Rienks holds a master’s degree in environmental management from Duke University and she explains the simple science behind this project.

“So, the tree will sit there and the way that the needles kind of facing intricacies of all the needles will start to collect the sand it usually takes 12 months,” she said.

Now, in its seventh year, this program has helped rebuild more than five miles of this precious coastline.

This zero-waste technique is being used across the country and world. Places like Louisiana, New Jersey and even Scotland have all benefitted from using old Christmas trees to fight coastal erosion.

“It’s is close to my heart. This is my hometown. This is where we surf. Where we hang out,” said local surfer Ethan Crouch.

Crouch led a group of ocean advocates – telling them to grab some string, wooden stakes and shovels – and start pounding sand.

“You know we do these things to give back,” he said. “But in reality, you kind of take from them just as much as you give back.”

They’re giving back to the beaches that are used and loved by many.

The neighbors and soul surfers are protecting their playground and their sanctuary.