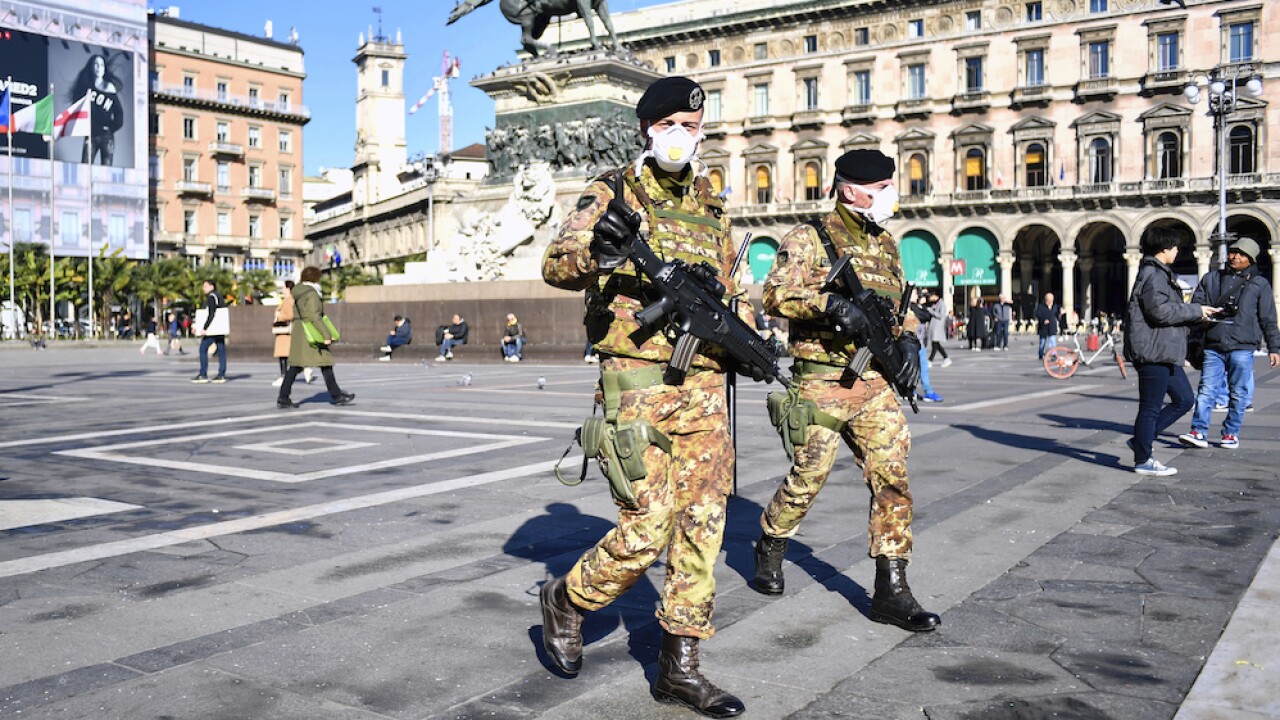 Police are manning checkpoints around sealed-off towns in Italy's north as authorities seek to contain the spread of COVID-19, better known as coronavirus, from China.

At least 219 people in Italy's north have tested positive for the virus, and five people have died. According to NBC News, 167 cases of the virus have been confirmed in the Lombardy region of Italy, which includes Milan.

Officials still haven't pinpointed the origin of the contagion, which prompted Austria to temporarily halt rail traffic across the border.

According to NBC News, at least 10 cities in northern Italy with populations above 50,000 were locked down Monday to help contain the spread of COVID-19. Public events across the country were canceled, including some events with Venice's famed Carnival celebration.

Italians traveling abroad were already feeling the effects of a crackdown, with a bus from Milan barricaded by police in the French city of Lyon for health checks and an arriving Alitalia plane blocked on the tarmac in the African island nation of Mauritius.

Italy's stock market recorded huge losses Monday as more cases of the virus were reported. At one point, the exchange dropped more than 4 percent. Futures for Monday's day of trading in the U.S. have sunk on the back of Italy's bear market.

European officials warned about scaremongering and the spread of disinformation about the virus.