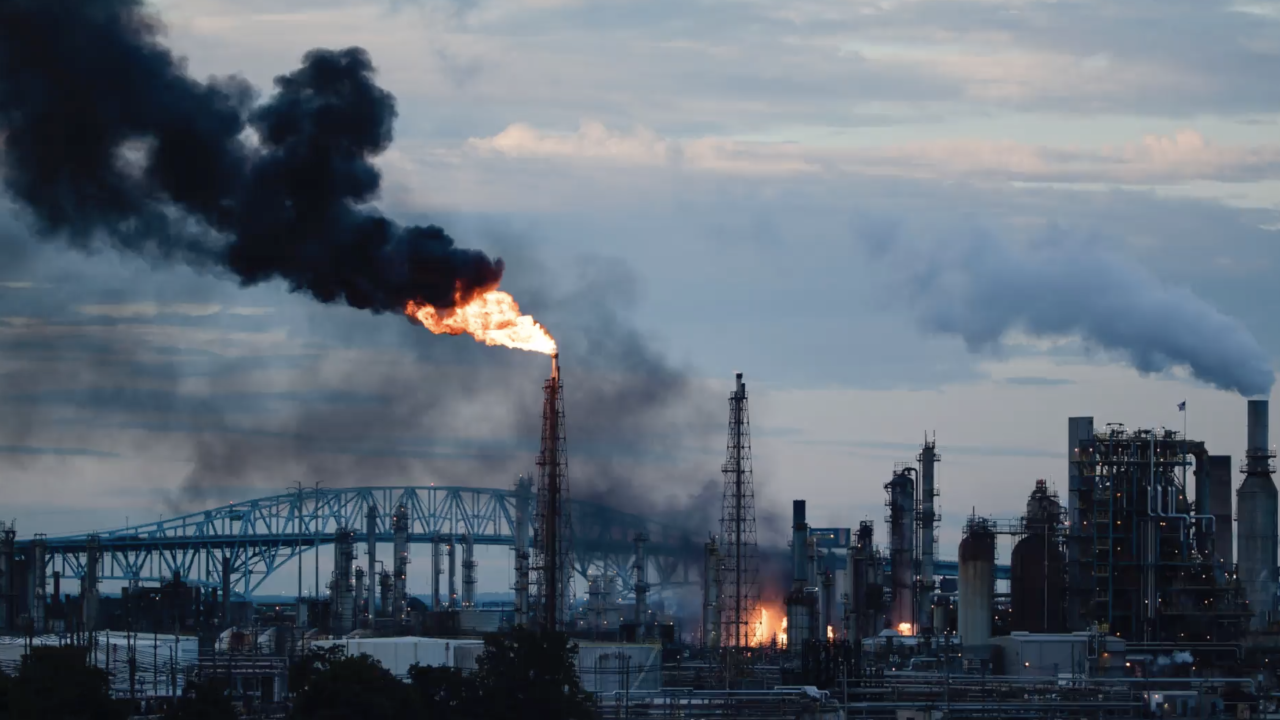 For each step on his morning run, Rodney Everett takes a deep breath. The air in his lungs is fresh for the first time in 50 years.

"You come out in the morning and see the sky is yellow, and you smell this smell," said Everett.

The smell came from the largest oil refinery on the east coast, Philadelphia Energy Solutions. The refinery sat a few blocks from Everett’s South Philadelphia neighborhood.

"This little pocket right here is called the 'Forgotten Bottom,' Everett said of his community, tucked in the shadows of the refinery that operated for 157 years.

"They was able to operate, because we was kept in the dark for so long."

The refinery was emitting chemicals into the sky; chemicals that became a slow-moving poison.

"We buried nine people in one month. In one month, and these were young people," said Everett.

He and his neighbors now collect the obituaries of their loved ones. A snapshot of the community that should have been.

"This was my daughter’s mother, 60 years old. Suffered for about seven years fighting cancer," he said, holding up Sharon Johnson's obituary.

"My brother he suffered from colon cancer. My mother suffered from stomach cancer. She still going through it. We all live right near here."

"Before I moved up here, I never had asthma. I had start getting asthma here," he said.

Others aren’t so lucky. Diabetes, heart disease, learning disabilities and cancer were some of the diagnoses others received, and it really damaged this neighborhood.

"About the age of 8, I was diagnosed with asthma. At the age of 46 is when I came down with cancer—gallbladder cancer," explained Kilynn Johnson, a cancer survivor who has lived near the refinery nearly her entire life.

"We can walk through the neighborhood and just point from house to house how many people who had cancer," said Everett.

When the community finally found out the science behind the sickness, they formed an activist group called Philly Thrive.

"It was the anger that inspired me to go out there. you wanna be angry about something. Like John Lewis said, 'Find good trouble' and this was good trouble," said Everett.

It wasn’t just about stopping the pollution, Philly Thrive fought to separate this historically low-income neighborhood from a past of prejudice.

"One worker told me how they looked at the people they lived around that refinery, and when they used the word ‘monkeys,' we know there is that racism there, there's no doubt about it," said Everett. "But I say it like this: You pollute the air, you hurt the ozone. You don't have to worry about whether you're rich, poor, black, white, Asian. When your air is gone. Everyone's gone."

After a fire and an explosion in 2019 at the refinery and public pressure to close, the company shut its gates. Months later, another company bought this factory, so now, the community is preparing to fight for clean air all over again.

"We're not willing to let nobody else come in here and step on us," said Everett.

The new company, Hilco, is pledging to eventually redevelop the land. The neighbors said they will fight if Hilco tries to reopen the refinery as it operated in the past.

But, the potential for a brighter, healthier future lies ahead.

Here to say enough is enough. This neighborhood has seen enough sorrow and enough pollution for far too many lifetimes.