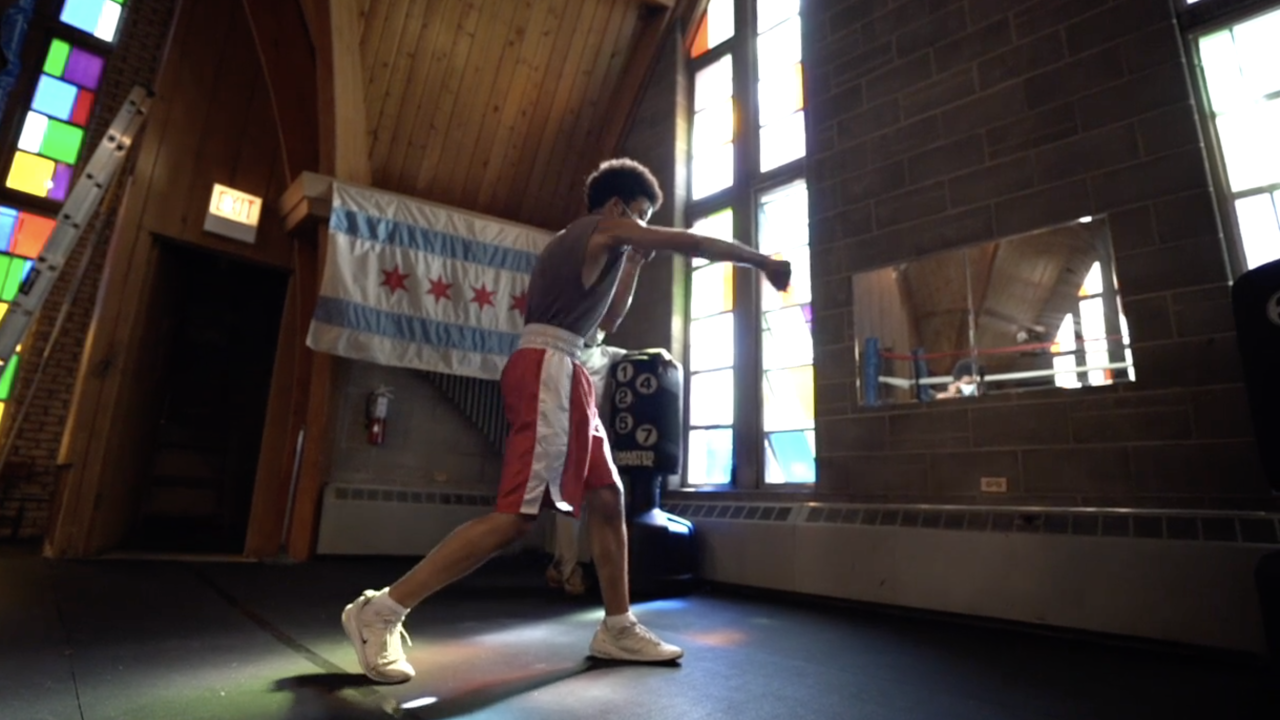 Chicago’s west side gets a reputation, so there are many in the community working to change that.

“I believe where we are sitting right now is seven miles from downtown, but the lives of people who live here are so much different,” said resident Jamyle Cannon. "The west side of Chicago is often labeled as more dangerous, is often labeled as one of the areas that people try to avoid.”

“A lot of people have misconceptions about the west side of Chicago,” said boxer Tyler Matthews.

But on the corner of Karlov and Kamerling, there is a sanctuary, known as The Bloc.

“When you step into a boxing gym, you think you’re gonna learn how to knock people out and fight other people,” Cannon explained. “But you really end up learning how to fight the things that are holding you back internally, so you can maximize your potential in all areas of your life.”

For the youth that come to this former church turned boxing gym, Cannon is in their corner.

“We offer boxing as a gateway to build relationships with young people, to connect them to resources that are often missing in our community's resources,” Cannon said.

He knows the fight many of these students face. He is a former teacher, who started this boxing club in his classroom in 2016.

“You grow up in a community where you’re hearing shootings every weekend. We can't expect you to walk into a school building and act like everything is fine, but that’s what we do in this city,” Cannon said.

Dozens of students every week now come to The Bloc to take on the opponent that can be life.

“Every punch I throw, every jab I throw in the ring has been the product of tons of people working on that jab with me,” said Corey Rowland.

Two years ago, Rowland needed someone in his corner.

“I started playing around in the streets a little bit,” Rowland said. “Getting into things I shouldn’t have been getting into. Drugs, crime and stuff like that."

He says The Bloc helped him with rent, helped land him a job, and helped him channel a fighting spirit.

“The work I do and the hard sweat, punching a bag, I’ve been doing that all by myself but the whole time I have that team behind me,” Rowland said.

This year, the Bloc has helped in ways beyond just the ring. They’ve organized a food pantry to help members of the community in need.

As the school year begins, Cannon is establishing an academic support center to make sure all students can connect to virtual learning and get their school work done.

“It takes like hope and optimism because that's what a lot of kids in the west side community need,” said boxer Tyler Matthews.

Stats may say Chicago’s west side has poverty, health issues, and violence, but The Bloc will tell you the stats aren’t looking at the people of this part of Chicago close enough.

“If you’re a kid who maybe you’ve come up poor, maybe you don’t know where your next meal is coming from, maybe your parents are incarcerated, you’ve had challenges to overcome when you walk through these doors, you’re not at risk, you’re determined,” Cannon said.