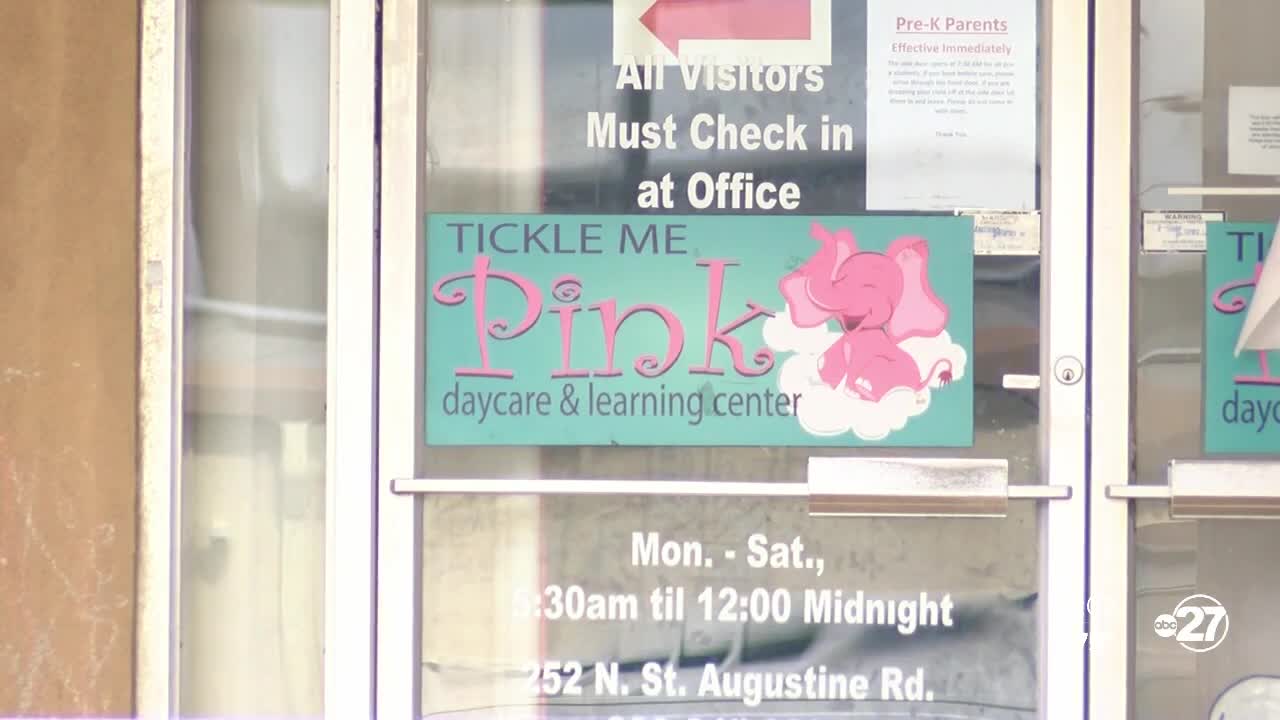 Families are scrambling to find someone to care for their kids after two daycare centers were suddenly shut down.

VALDOSTA, Ga. (WTXL) — Families are scrambling to find someone to care for their kids after two daycare centers were suddenly shut down.

It's all centered around claims of abuse. There's a warrant out for the former daycare worker accused of assaulting a 2-year-old.

The state ordered an emergency closing of the Tickle Me Pink daycares in Valdosta. The centers were closed following claims that the owners failed to report inappropriate discipline of a toddler.

Parents are shocked, and say the Tickle Me Pink Day Care and Learning Center in Valdosta is one of the best around as they scramble to find a new daycare. It was even voted Small Business of the Month by the Valdosta Chamber of Commerce in 2018.

Valdosta Police say on Jan. 14, a worker at the daycare physically assaulted a 2-year-old.

Valdosta Police arrested the owners of Tickle Me Pink.

ABC 27 reached out to Carters but not no one answered our calls.

"We're basically reactive. If there's a report of criminal activity or wrongdoing, we're going to investigate that," said McGraw. "Regulatory and licensing is up to the state licensing agency."

Bright from the Start's handbook is 91 pages and details how those daycare centers must operate. The handbook also details what can and can't be done at a daycare center.

Workers must complete 20 hours of pre-service training before receiving a certificate of registration to open a daycare, plus 10 hours of training every year to stay in business.

Director’s training takes even more time. Every worker must pass a background check and everything in the facility from the doors, to the vans, to the toys must be up to Georgia's standards.

There are also unexpected visits to the daycares twice a year. The last visit to Tickle Me Pink happened in July.

The daycare received a 2 out of 3 rating.

"Children are the most important people there at that daycare. We want to make sure a safe environment is there for the children in this daycare," said McGraw.

Right now, Bright from the Start is helping families impacted by the closing find a new childcare center.

The owners were released on bond, but are facing charges of tampering with evidence, providing a false statement, and failure to report child abuse. The owners have the chance to appeal the closing within two days.

As for the worker at the center of this abuse case, police say they believe that person will turn themselves in soon. When they do, they will face child abuse charges.