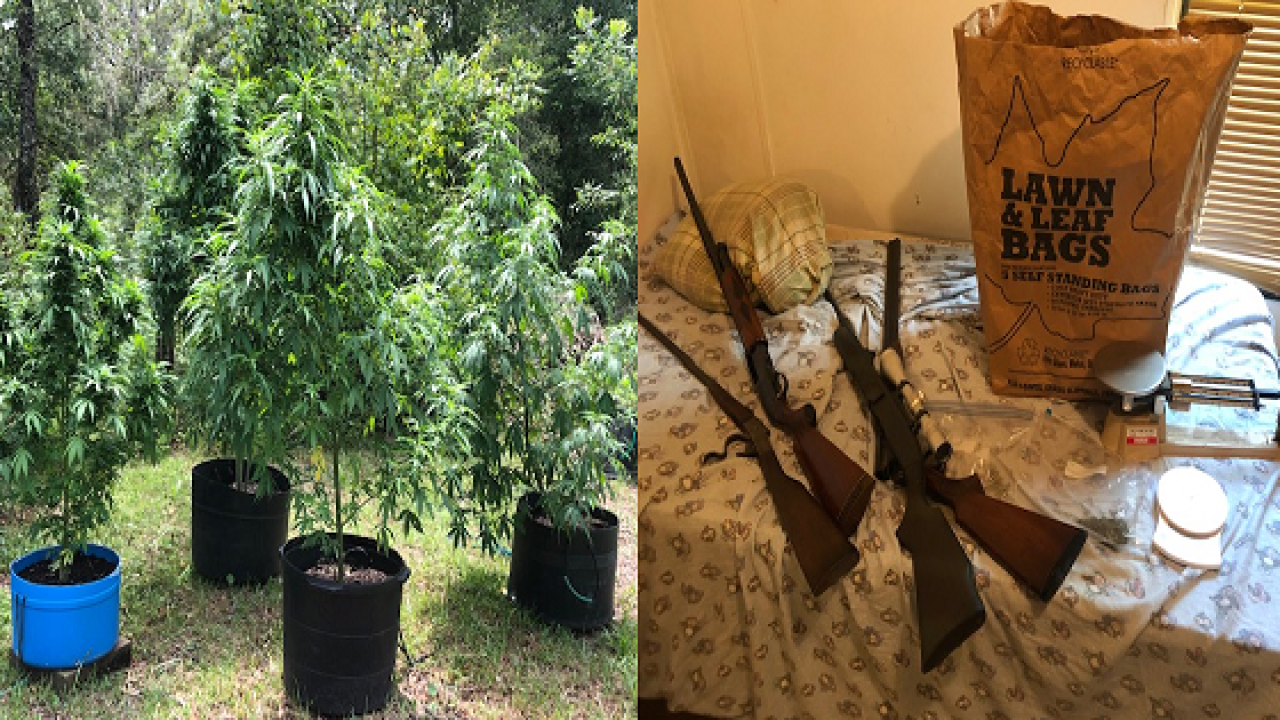 WAKULLA COUNTY, Fla. — A convicted felon was arrested in Wakulla County after having a marijuana grow operation in their backyard and multiple guns and ammunition inside their home.

On Tuesday, the Florida Highway Patrol was approached by an individual who had information of possible criminal activity. The individual stated he saw what appeared to be a marijuana grow operation.

The individual was able to provide photographic evidence of the plants and provided copies. FHP then obtained a search warrant for the home on Otter Creek Road in Wakulla County and executed a warrant on Tuesday at about 2:30 p.m.

One person was interviewed and subsequently arrested for cultivation of marijuana, possession of firearm by a convicted felon, and drug equipment.

The investigation is ongoing and information is subject to change.