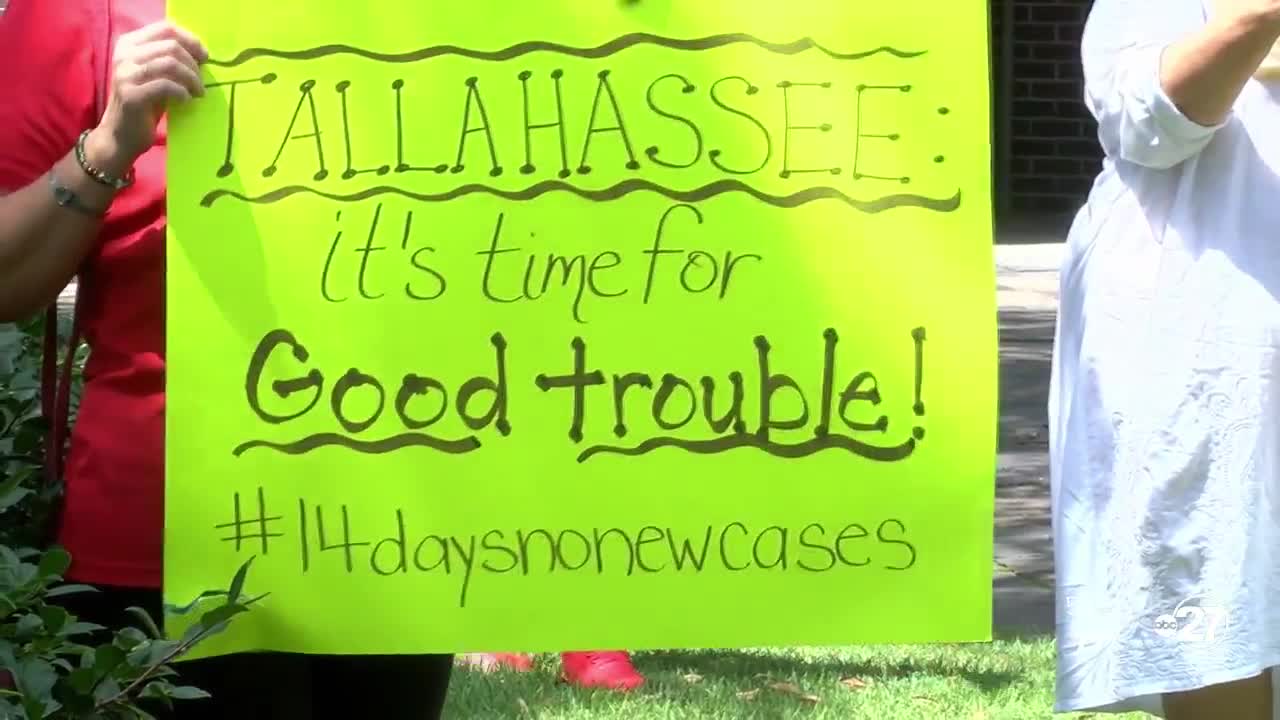 TALLAHASSEE, Fla.(WTXL) — Leon County teachers say they're not giving up the fight to keep schools closed. And now, local leaders are stepping in to show support.

Along with keeping schools closed, there's also a call for a new pandemic task force and special needs advisory team.

Teachers ABC 27 talked to say safety is their number one concern, with some saying they even fear for their lives if they have to return to the classroom.

"Students are being put into a no-win position," one teacher told ABC 27.

They united outside of Tallahassee's City Hall Friday with a demand that schools stay closed.

"I happen to be immunocompromised so me going into the schools is very dangerous," said Maquez. "I take medication that suppress my immune system and it makes me more likely to have serious complications."

Educators are being backed by local government leaders, too.

Tallahassee Commissioner Jeremy Matlow is teaming up with Leon County Commissioner Bill Proctor to come up with this list of demands for Governor DeSantis asking for all physical schools to stay closed.

Some of the demands include: A new task force for reopening, a special needs educational advisory team to figure out costs, an equity panel for the lower-income zip codes, and to come to an agreement with the Florida Education Association.

Commissioner Bill Proctor says the state can afford to make some changes.

"We believe the money is in the coffers of the state's rainy day fund. They got the money. They're sitting on it. Listen to the 66 superintendents and find out how they can do virtual schools," said Proctor.

ABC 27 reached out governor's office about the letter and have not yet received a response.