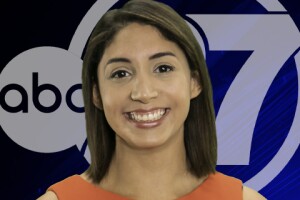 Chantelle is originally from the Chicago area and has a degree in broadcast journalism from Columbia College Chicago.

Before coming to WTXL, she worked as a reporter in Cedar Rapids, Iowa. There, she covered everything from presidential candidates to tornados to immigration raids. One of the stories that stands out to her is the disappearance of Mollie Tibbetts.

Before that— she was a Spanish-language anchor, weekend anchor and reporter in Rockford. Chantelle’s first gig in news was telling the stories of homicide victims for the Chicago Sun-Times.

While she’s new to Tallahassee, she did grow up in the Tampa area so this is a bit of a homecoming for her in that sense. When she’s not working — Chantelle loves CrossFit, cooking or exploring new things to do around town.