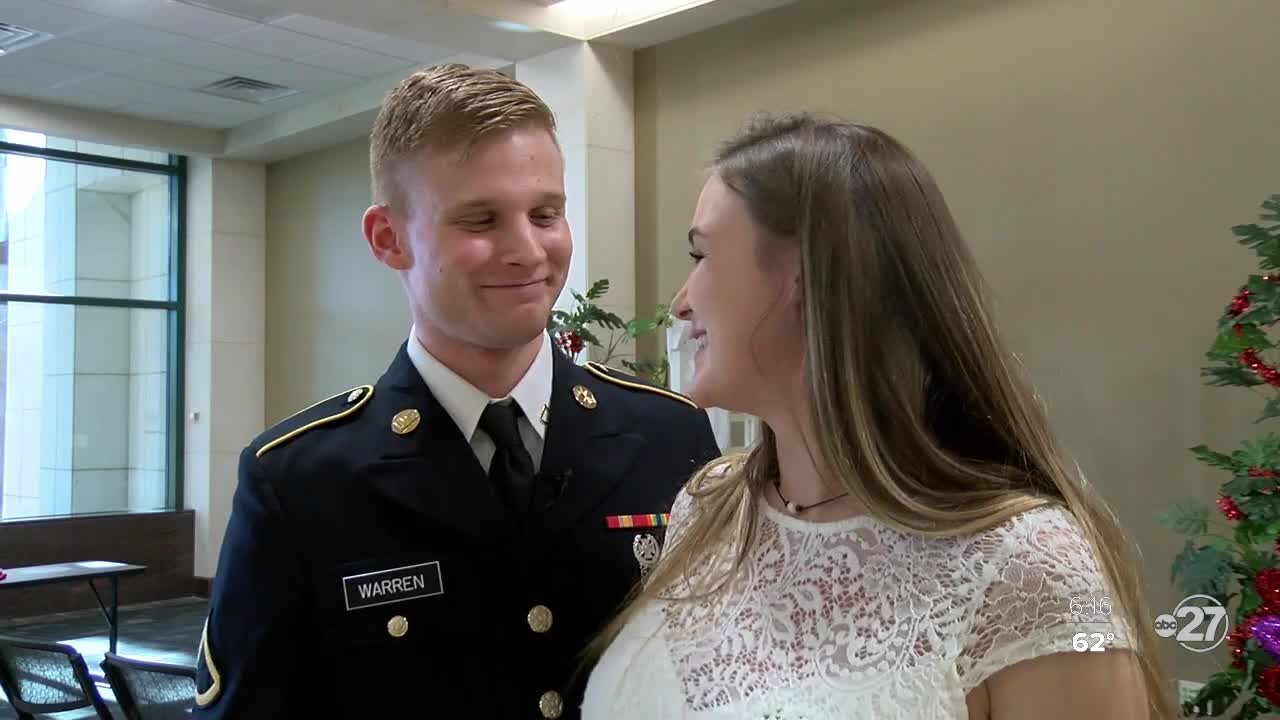 Love is in the air for one Mr. and Mrs. here in Leon County.

TALLAHASSEE, Fla. (WTXL) — Love is in the air for one Mr. and Mrs. here in Leon County.

Zachary is in the Army and is stationed at a base in Augusta. He flew in Friday morning to formally propose and marry his longtime love, Paxton. It was a surprise to many family and friends who got the message they'd be marrying just days before.

Zachary says although it happened pretty quick, Paxton has always been the one for him.

"I know to a lot of people it seems a little crazy but you know we've known each other for a really long time and she's as close to being my other half than anybody's ever been so," said Warren.

Zachary gets a few days to spend with his bride before returning to his base on Monday. The couple says in a few months they will be moving to Hawaii where Zachary will be stationed for three years.