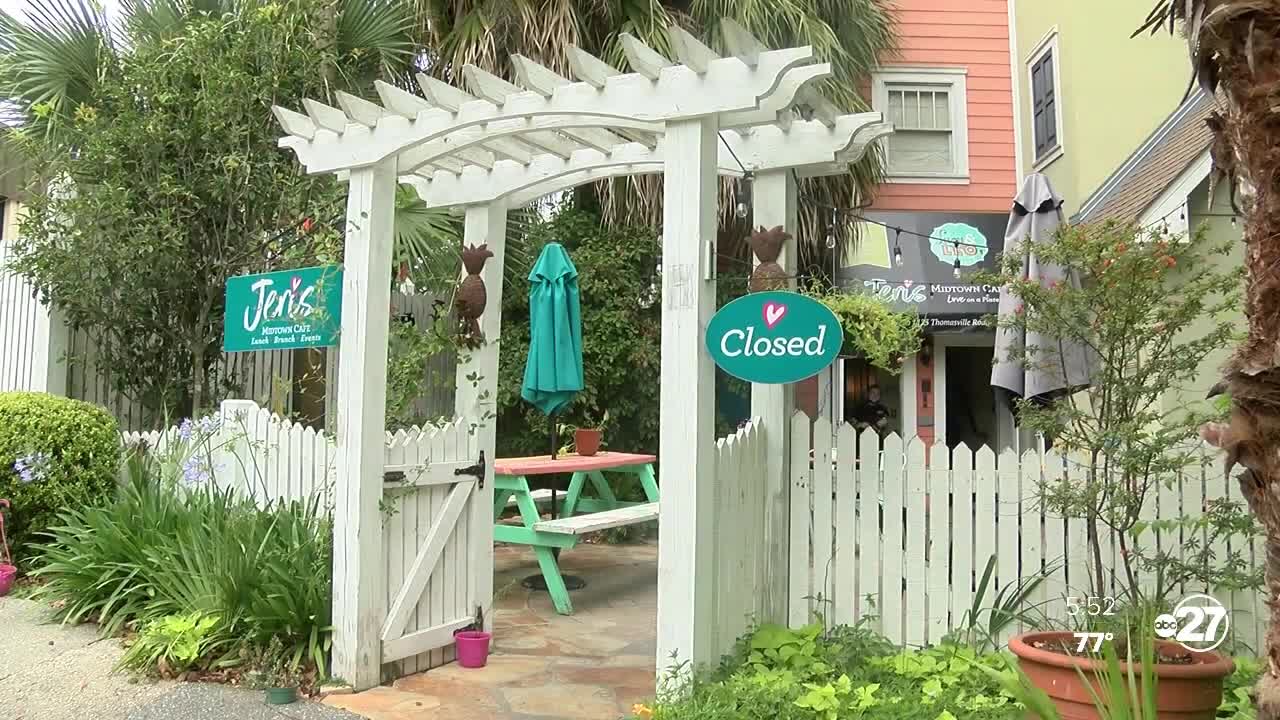 As Florida moves forward with returning to normalcy, restaurants are busy working on how they'll shift back to allowing people inside.

TALLAHASSEE, Fla. (WTXL) — As Florida moves forward with returning to normalcy, restaurants are busy working on how they'll shift back to allowing people inside.

Jeri's Midtown Cafe owner Jeri Madden says they're ready to open back up.

Madden says she's excited about returning to normal, but she plans to ease into reopening by limiting seating and encouraging more take out.

Business has been steady at Jeri's Midtown Cafe, but they saw a drop off in customers once the coronavirus caused restaurants to stop dine-in service.

But Madden says she realized everyone across the world was feeling the same pinch she felt.

That's why she decided to support others, by helping out other restaurants and small businesses, even offering food the homeless.

Many restaurants across Tallahassee saying the unity between the businesses was crucial during the limited operations.

"Right now, since I can't serve my loyal patrons and friends and my second family that comes in, I wanted to serve the community," said Madden. "It's been on what I needed to do and haven't been able to. This way, I followed through to help my fellow small business owners and restaurateurs. Anyway I could, I was looking to help."

The restaurant even shifted it's model by starting deliveries. That way they could bring their "love on a plate" right to the customers.

Madden says she plans to open the doors for dine-in as soon as she can.