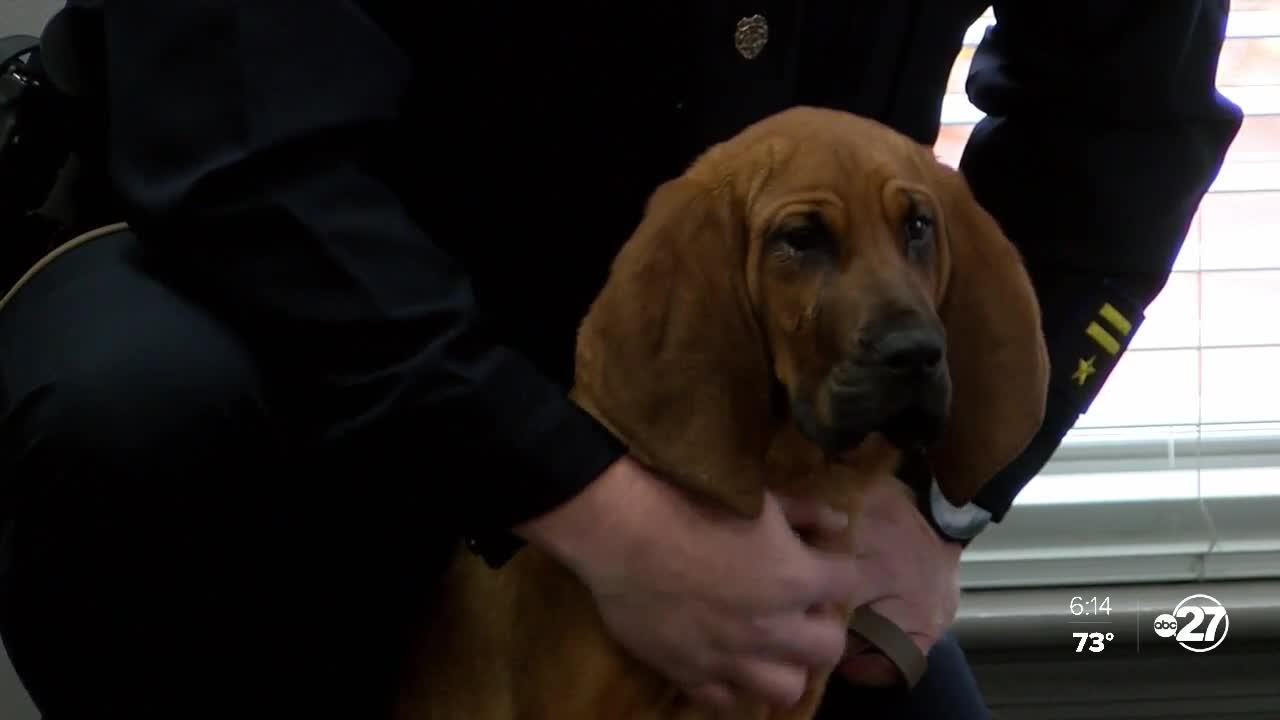 Community members gathered at the Tallahassee Board of Realtors for a special ceremony to welcome the newest recruit of the Tallahassee Police: a bloodhound named Jon Jon.

TALLAHASSEE, Fla. (WTXL) — Community members gathered at the Tallahassee Board of Realtors for a special ceremony to welcome the newest recruit of the Tallahassee Police: a bloodhound named Jon Jon.

Jon Jon is named after Jonathan Hagans, the child of a local family who went missing in 1968.

"In 1968, my family was on a day trip to the beach," said Hagans. "They were all hanging out and having a good time and the next thing you know my brother was missing. There's zero evidence, no leads."

The family is still hoping to find out what happened to Jonathan.

"Its been very difficult for the family," Hagans said, "not having any answers."

To help track down the missing pieces, the Hagans family partnered with Scent Evidence K9. The company uses scent preservation and dogs to track down missing people.

"Words can't really describe," said Bush. "This is the first time we've had a scent evidence dog and we will now have a quick response for missing persons and we are hoping that we are going to save lives."

Sgt. Sonya Bush and her team are excited to bring on the the police pup. She said he has much needed skills for the community.

"We get a lot of missing persons reports," Bush said. "Most of those resolve within a couple of days, but the vulnerable folks are what we are concerned about."

Jon Jon is expected to be ready to go out in the field in about six months, after he undergoes training.

The Hagans family said they hope no other family has to go through what they did, and they are excited for the impact this will have on the community.