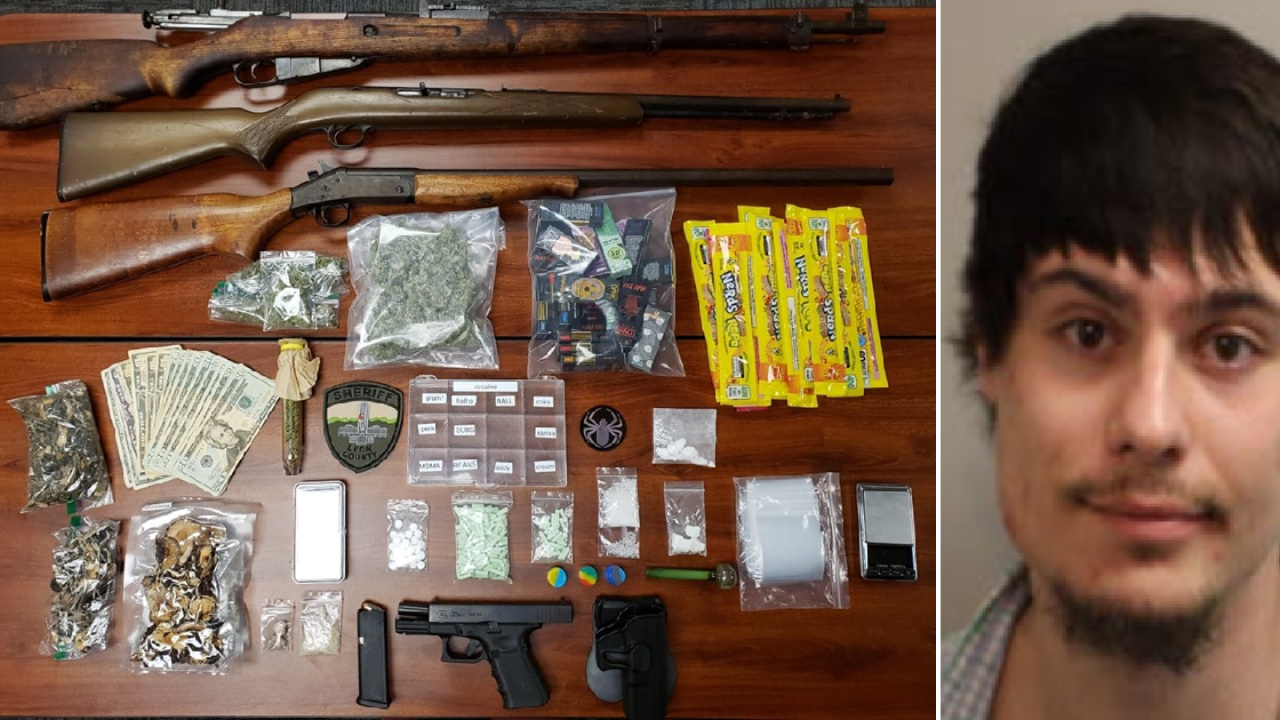 LEON COUNTY, Fla. (WTXL) — A man has been arrested after a tip led authorities to find multiple guns and a variety of drugs to include pills, "Medicated THC Nerds," 'magic mushrooms,' THC vape cartridges, and meth.

Devin Brag, 24, was arrested by the Leon County Sheriff's Office.

The tip led deputies to Bragg, who was living in the 1800 block of Robinson Road. Bragg had an active warrant for carrying concealed firearm out of Wakulla County. The tip alleged Bragg was in possession of a firearm while dealing in illegal narcotics.

Deputies with LCSO’s Special Projects Investigations Detection Enforcement Response (S.P.I.D.E.R.) were able to determine that Bragg was inside his home Tuesday night and made contact with him there.

The handgun had been reported stolen to the Tallahassee Police Department. The LCSO Narcotics Unit was called in to help with the investigation.

Bragg was taken to the Leon County Detention Facility.

He is facing charges of: