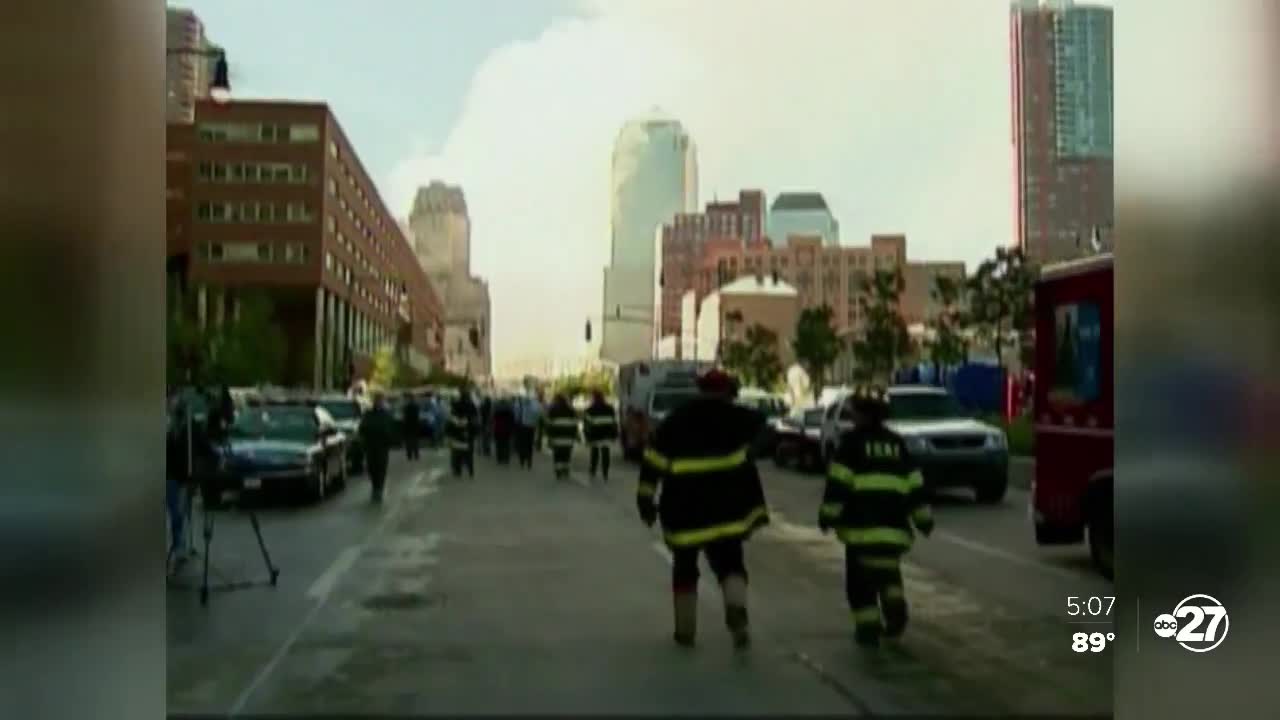 In Tallahassee, people are paying tribute to the lives lost in the attacks in their own ways.

TALLAHASSEE, Fla. (WTXL) — It has been 19 years since the Sept. 11 terror attacks in New York, Pennsylvania, and Washington D.C. wherein 2,977 people died.

In Tallahassee, people are paying tribute to the lives lost in the attacks in their own ways.

Flags are at half-staff at the Capitol Building and at fire stations across Tallahassee.

Local firefighters say they may not have been there, but the impact it's had on their lives is one they won't forget.

"So, I was four when it happened," said Jonathan Landaverde.

"I was 21 years old," said Sarah Cooksey. "Working for an ambulance company out of Willingston, Florida."

"I was actually right down the road from this station at Canopy Oaks Elementary School," Steve Carney said.

Carney was 11-years-old and the moments following the attacks left a lasting impact.

"My dad was in the military and he got activated back to active duty and for the next 15 years, he was back in active duty military," said Carney. "A lot of people found themselves in that situation. We think a lot about firefighters because that was the largest by far of service members that passed away, but I mean 9/11 changed the world for Americans as a whole."

Acting Lieutenant Sarah Cooksey says as the day unfolded, so did humanity.

"People dying, missing firefighters, missing civilians, missing police officers," Cooksey said. "The days after, the most incredible portion of 9/11 was how it was just a time the United States of America got together and prayed for each other. Everybody got together and it didn't matter who you were, we were all just banded together."

When Jonathon Landaverde suits up and heads out, the sacrifices of the 343 firefighters who died that day remind him to keep going.

"We all know how risky of a job it is," said Landaverde. "We all have to be ready. When the horn goes off we have to be ready regardless of what it is. And what we know what we're going to. It might be our last call. Every time I leave the house I try to say bye to my family."

"It's something I want each of us to never forget and the lives that were lost that changed America," said Jerome Gaines, the Chief of the Tallahassee Fire Department.

Most memorial events have been canceled due to COVID-19, but one group is doing a memorial motorcycle ride Sunday starting at Village Commons Parking lot.

The sheriff's office and other community leaders will also be holding a virtual ceremony Friday at 5:30 p.m.