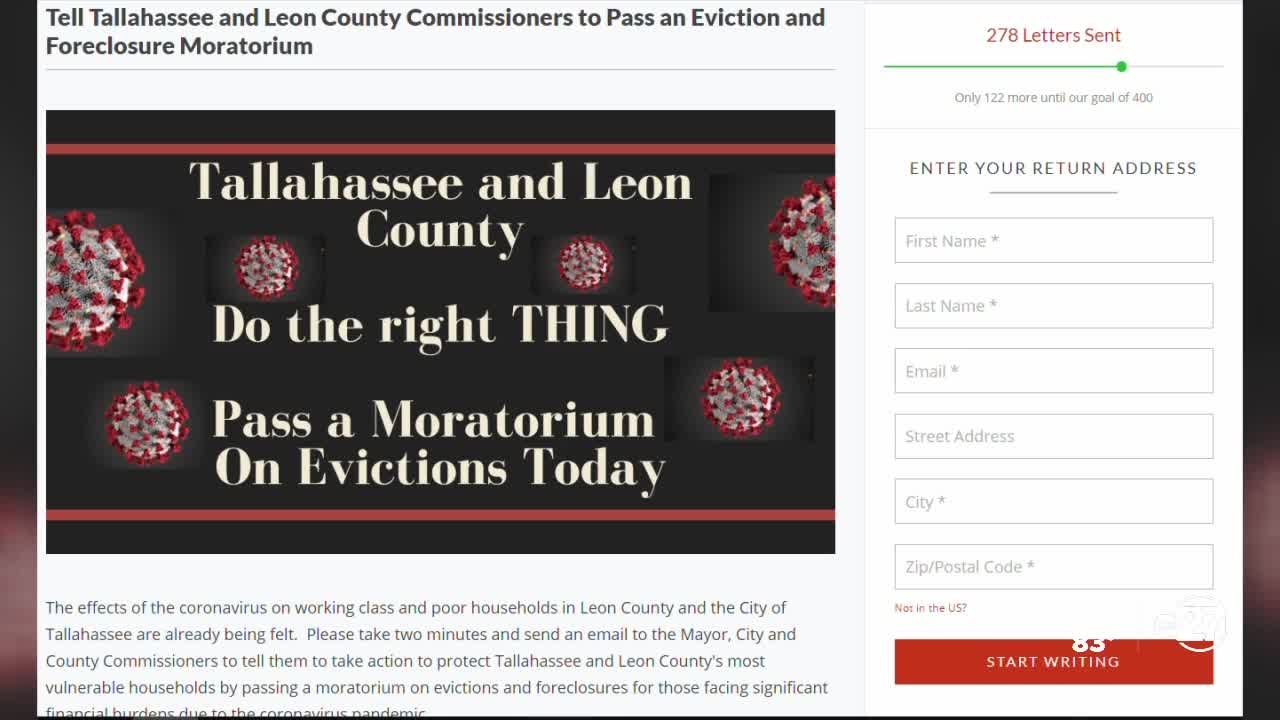 The full effect of the coronavirus is yet to be felt, but there are already a lot of people wondering how they're going to take care of their families.

TALLAHASSEE, Fla. (WTXL) — The full effect of the coronavirus is yet to be felt, but there are already a lot of people wondering how they're going to take care of their families.

The first of the month is one week away and some businesses in Tallahassee don't know how they're going to pay rent. They're asking city and county leaders for help.

Tallahassee Community Action Committee started a petition for an eviction moratorium that would freeze people's rent and stop landlords from evicting them.

The non-profit says a lot of people aren't working right now, including most of the members of their group, like Delilah Pierre.

Pierre didn't want to meet in person, because of social distancing.

The committee says they're not against people staying home and away from their jobs. Instead, they contend that the rent freeze could benefit everyone during this tough time.

"We can't go evicting people while a massive public health crisis is going on," said Delilah Pierre, Tallahassee Community Action Committee. "This is dangerous for everybody's safety. The more people out on the streets, not at home, the more social disintegration and lack of cohesion we will have."

So far, 300 letters have been sent to city and county leaders. The group is hoping to get at least 400.