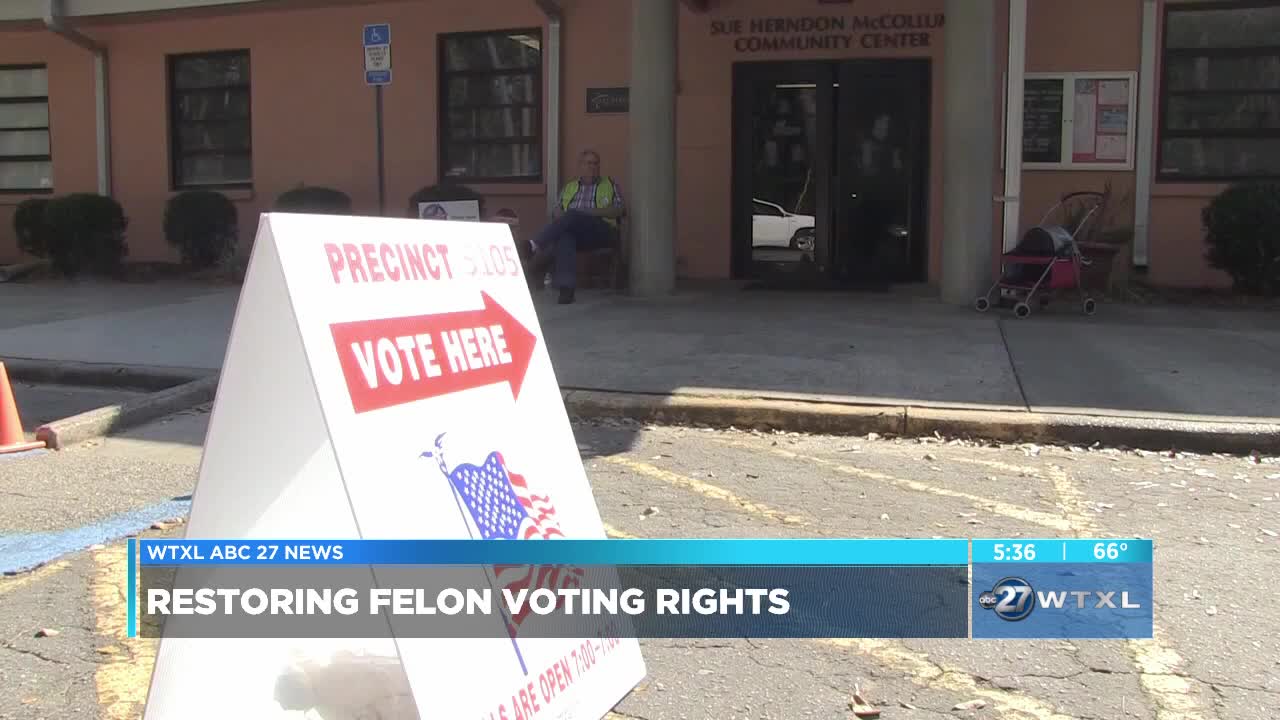 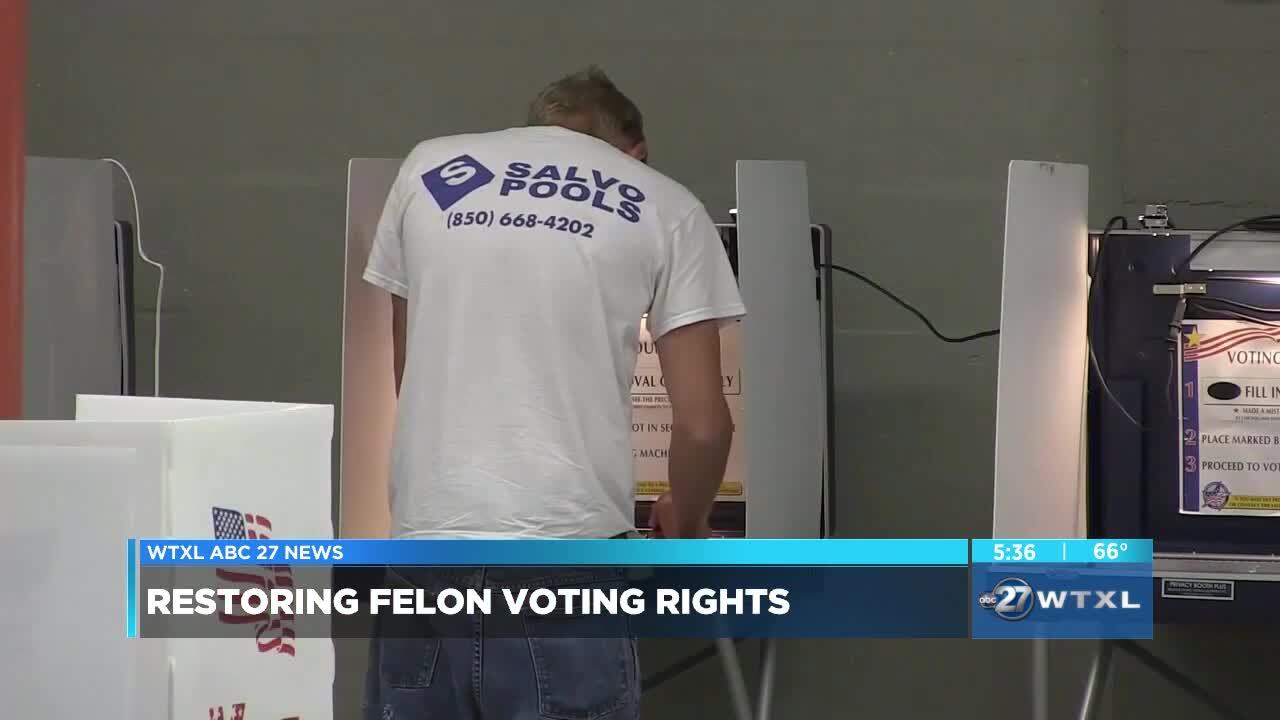 The constitutional amendment granted automatic restoration of voting rights to felons "who have completed all terms of their sentence, including parole or probation."

The amendment excluded people "convicted of murder or a felony sexual offense."

State Representative James Grant, who is sponsoring the measure, says the goal of the legislation is to create a uniform way to determine who is and who is not eligible to vote.

"When a petition process leads to a Constitutional Amendment, we as legislators do not have the luxury, the latitude or the freedom to play the 'what if' game, to play the 'edit the language' game," said Grant.

Tuesday's committee hearing on the amendment was the first of several as the legislature meets during its regular session from now until May.