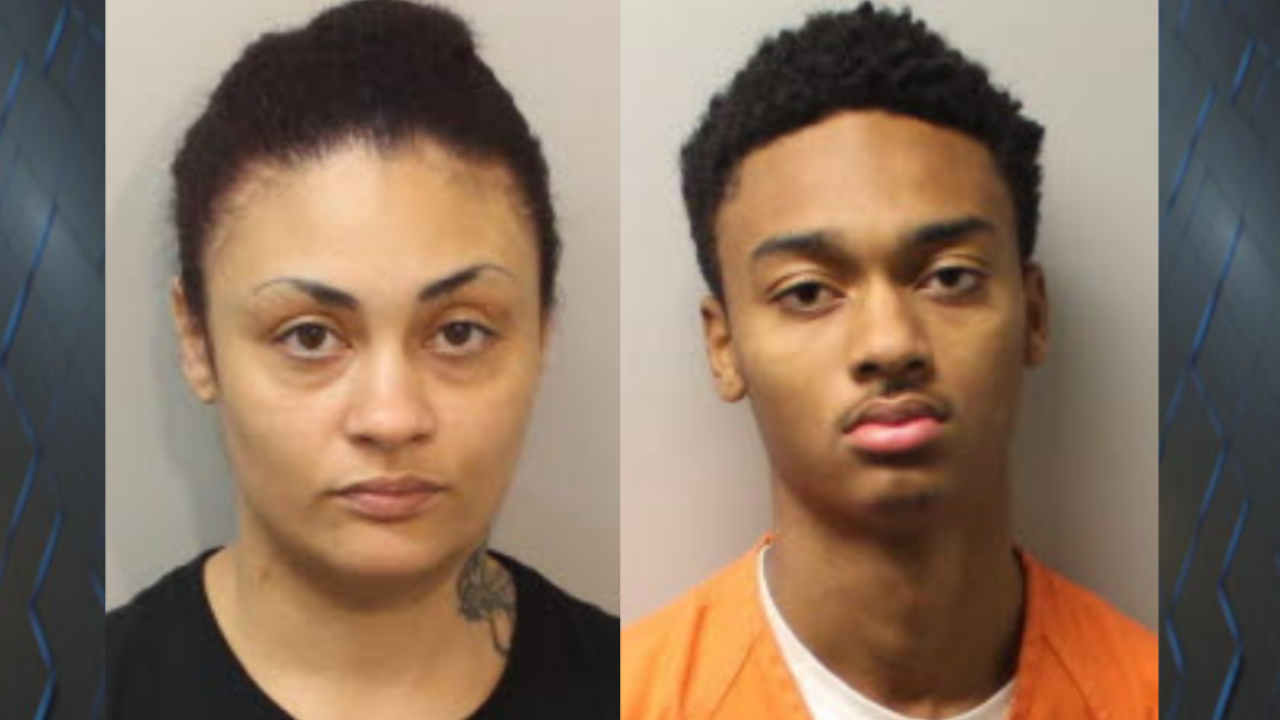 TALLAHASSEE, Fla. (WTXL) — A Tallahassee mother and her son, who's also a suspect in recent home invasion on Wabash Trail, are facing battery and aggravated assault charges after police say they attacked a victim and threatened to kill him at gunpoint.

According to court documents, Tallahassee Police responded to Cameo Court in regards to a suspect pulling a gun on a victim on April 9. When police responded to the scene, they began speaking with the victim about the incident.

The victim told police that he and his former girlfriend were arguing outside his home after she showed up to confront him. While the two were arguing, police say 17-year-old Jahlil Butts approached the victim and pulled out a gun.

Documents say Butts is the son of the victim's ex-girlfriend, who was later identified as 34-year-old Cinara Ford. Butts is also one of four suspects who were recently charged in the Wabash Trail home invasion that occurred on May 14.

After minutes of threatening and attacking the victim, both Ford and Butts got in their car and left the scene.

Police say Ford was arrested and transported to the Leon County Detention Facility on a battery charge last week.

Documents say Butts was initially transferred into jail custody on May 23, after he and three other armed suspects broke into a home on Wabash Trail. He was booked on attempted first degree murder and armed burglary charges.

As of Thursday, Butts remains behind bars on an additional aggravated assault with a deadly weapon charge. Authorities say Butts will be tried as an adult for all charges.