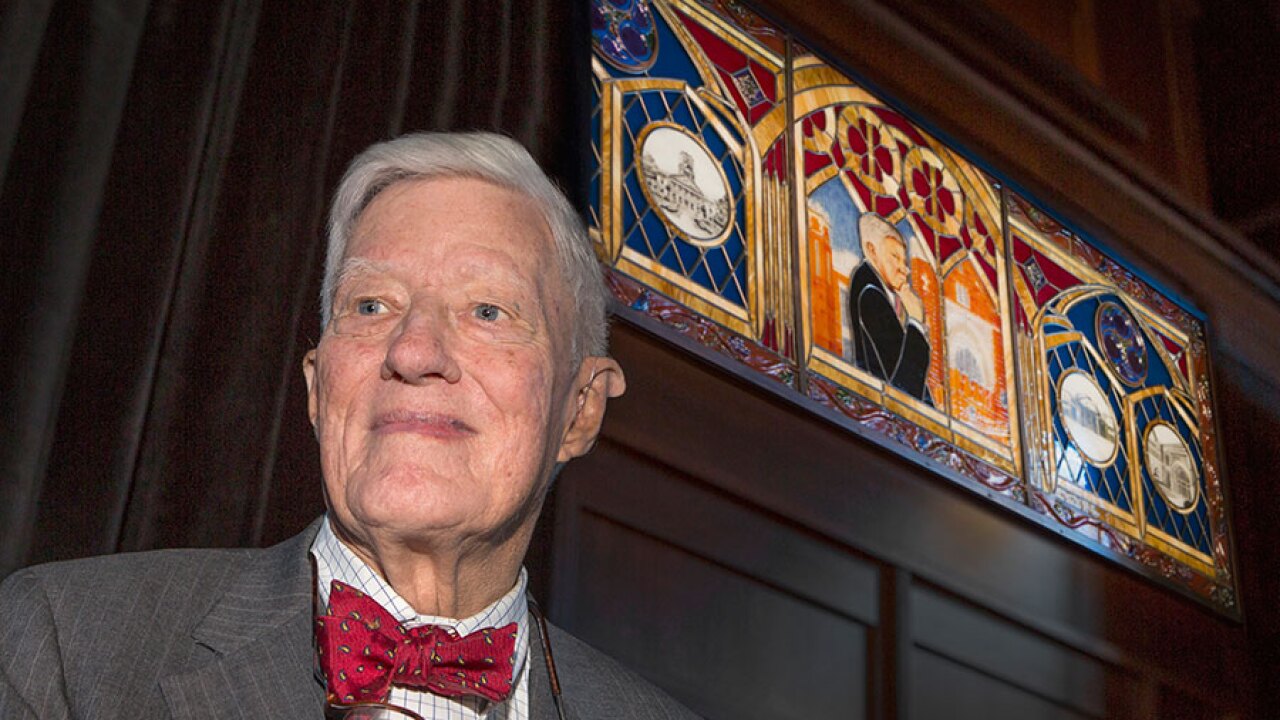 TALLAHASSEE, Fla. — A memorial service for Talbot "Sandy" D'Alemberte will be held June 5 at Florida State University, where he served as president for nearly a decade, university officials said Thursday.

The service is scheduled for 2 p.m. at Ruby Diamond Concert Hall, according to a press release issued by the university. D'Alemberte, a legal icon who influenced decades of Florida governance, died suddenly Monday. He was 85.

D’Alemberte was a major force behind Florida’s broad open-government laws, was instrumental in revamping the state’s court system and played a significant role in efforts to clear prisoners who were wrongfully convicted.

An obituary posted on FSU’s website tagged D’Alemberte --- recognizable for his shock of white hair, trademark bow tie and broad smile --- as “a brilliant legal mind and international champion of human rights” who was “the consummate Southern gentleman.” D’Alemberte's lengthy list of accomplishments includes stints as president of the American Bar Association and dean of FSU's College of Law.

State Rep. Loranne Ausley, a Tallahassee Democrat, said she intends to file a bill for the 2020 legislative session to rename the law-school building after D'Alemberte, according to a Florida Politics report. FSU spokesman Dennis Schnittker said the institution would not be opposed to renaming the building after the university's former president. "I believe there will be a lot of support for that, yes," said Schnittker.

During the legislative session that ended earlier this month, FSU leaders pushed lawmakers to strip the name of B.K. Roberts, a former Florida Supreme Court Justice who left behind a racially charged legacy, from the law school's main building.

The state Senate approved the proposal, but the House failed to sign off on the measure.