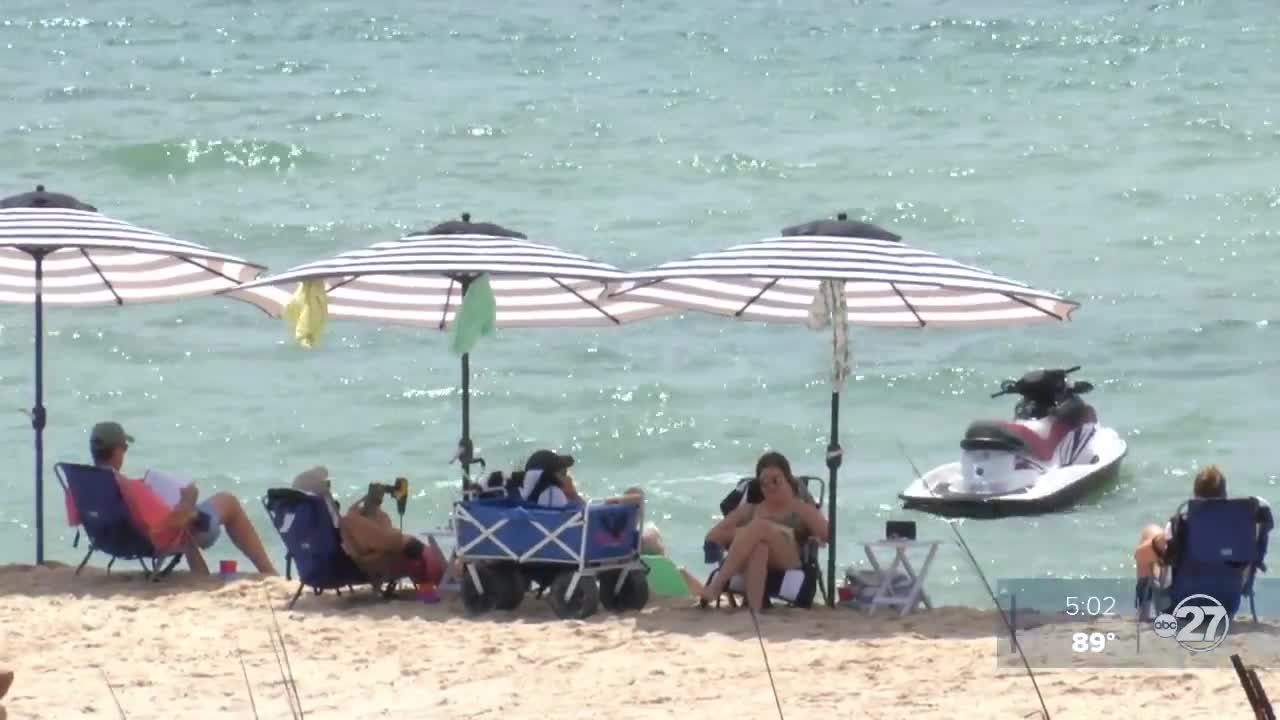 With the heat scheduled for this weekend and being the Friday before Memorial Day, people are high-tailing to the coast.

ST. GEORGE ISLAND, Fla. (WTXL) — With the heat scheduled for this weekend and Memorial Day just around the corner, people are high-tailing to the coast.

It's a completely different picture than last week.

On the dock of the Blue Parrot Ocean Front Cafe, people have driven hours just to be there this weekend to drink, fish and relax.

"One of the staff asked me, 'Mr. George, what are we going to do?' I said, 'We're going to pick up the Blue Parrot, turn it upside down and shake the money out of it," said George Joanos, a partner at Blue Parrot Ocean Front Cafe.

Blue Parrot Ocean Front Cafe is packed with people traveling to Georgia, to Tallahassee, all looking to let off the steam after quarantine.

They're preparing live music and fresh fish for everyone who comes by.

"It feels good to be around everybody," Garret Pearce said. "We've been staying six foot apart from everybody, but now we have the friends together at the Blue Parrot and we're really going to enjoy it."

Pearce and his girlfriend, Lane Hulsey said they have one objective this weekend.

"Sit on the beach, eat some oysters, get some good drinks," said Hulsey.

The Blue Parrot holds a special place in their relationship.

"This is like a little honeymoon type deal," Pearce said. "We met here a year ago, so we decided to come on back and relive it one more time."

Across the island, at Paddy's Raw Bar they'll have live music, oysters and other food. People there have similar goals in mind.

"We'll be coming here and hanging out at the beach," said Jessica and Jonathon Watkins. "Just riding around and enjoying the pretty weather.

From restaurant owners to people visiting, everybody's grateful for a taste of the ocean and a taste of normalcy again.

"We're blessed to have our employees back and they are ready to work," said Jessica and Patrick Sparks, the owners of Paddy's Raw Bar. "They've been dying to get back and they are so excited to take care of people, have people come on vacation and enjoy themselves safely."

Blue Parrot says last week the restaurant served about 4,000 people. Now, with the rentals open, they expect to serve about 900 people a day.