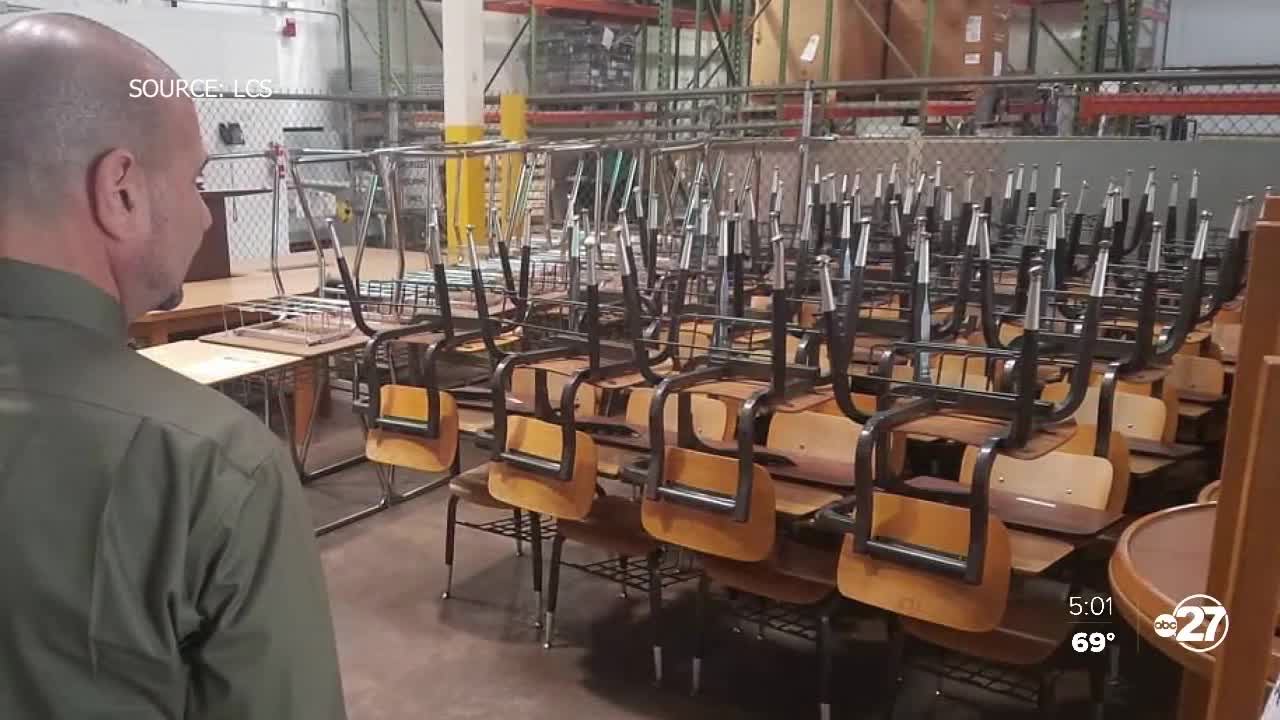 Schools in Marianna were some of the hardest-hit by Hurricane Michael. A year and a half later the need is still great, so Leon County Schools is stepping up to help.

Two trucks full of school supplies arrived at Jackson County Schools on Monday, including a couple-hundred chairs and about 50 desks.

Leon County Schools gave their teachers $1 million to purchase new furniture and equipment. As a result, they had spare supplies so they wanted to give them able to schools devastated by Hurricane Michael.

Superintendent Rocky Hanna says they want to do anything they can to ease the pain of Michael's devastation.

"If it's just sitting in a warehouse, we would've put it on gov deals and sold it for pennies on the dollar," said Hanna. "It makes more sense for us to take this furniture that's coming out of our school, replacing it with new furniture and then donate that to a neighboring county that's in need. It's just the right thing to do."