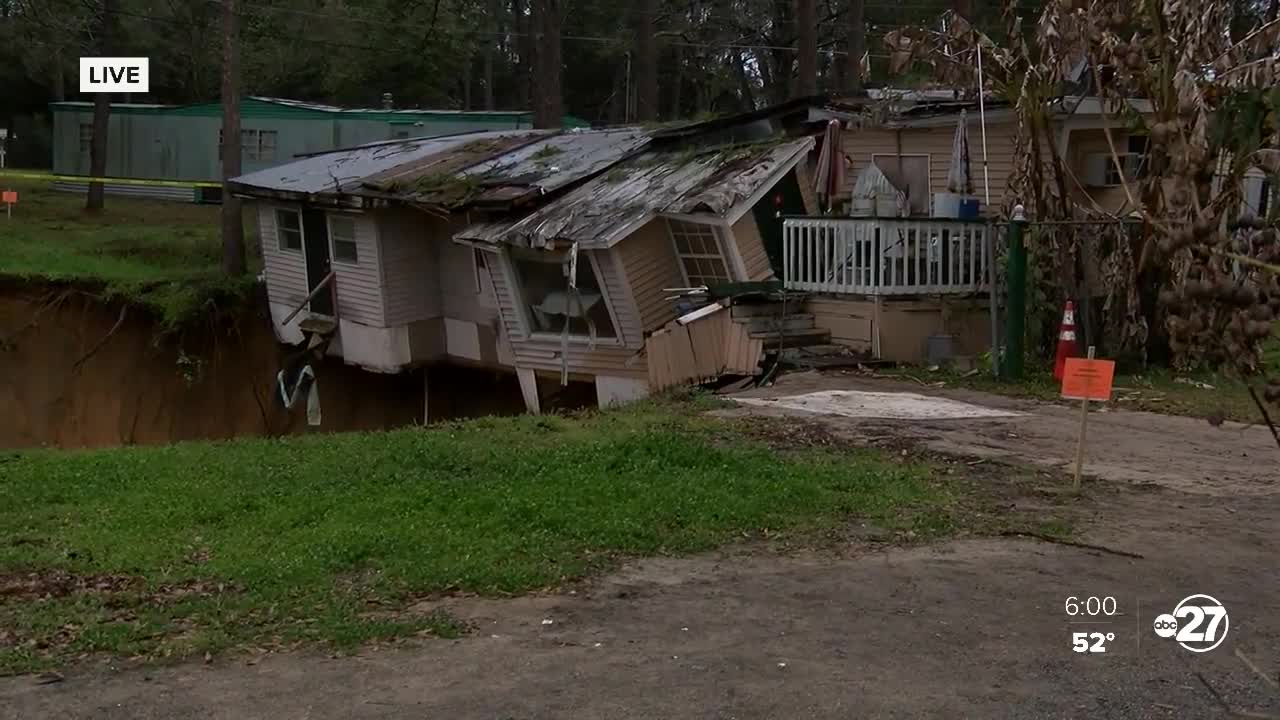 LEON COUNTY, Fla. (WTXL) — Two families are without a home after a sinkhole opened up in Leon County Wednesday.

The sinkhole is about 40 feet wide, 60 feet long, and getting even deeper. Firefighters say they're not measuring it right now because it's just not safe.

As for the families in these two homes, they're left with no home or belongings as the sinkhole continues to grow.

Anwar El Khouri bought his trailer in Leon County 11 years ago. He never expected he would have to search for another place to live.

"A sinkhole, I don't know what that mean, when I see it I'll believe it," said El Khouri.

But Anwar El Khouri's first encounter with a sinkhole, was this one, that opened up under his home.

"I think that tonight my trailer will go," said Khouri.

Late Wednesday, a part of one of the homes collapsed into the massive sinkhole. ABC 27 caught the collapse on video.

ONLY @abc27 has video of this house collapsing into a #sinkhole near #Tallahassee . We've got a live update on the destruction tonight at 11. Watch @JadaEWilliams ' coverage from earlier here: https://t.co/Sj9qdSWo3Z #Florida #disaster pic.twitter.com/QlJMDEYX7U

The sinkhole opened up at the Capital Circle Pines Mobile Home Park Tuesday, while El Khouri showed his visiting brother around town.

El Khouri's neighbor Lynn Garman was home when she heard a scary sound.

"The trees that fell in succession were loud and it was very frightening to see trees going down, your neighbors porch falling off, and to see the ground opening up," said Lynn Garman.

That's when Garman decided it was time to call the police.

"They told me I have to move and go sleep in a hotel," said El Khouri.

Garman says this isn't the first time the mobile park has dealt with a sinkhole.

"This happened about 6 years ago. A sinkhole on the other side of the property appeared but it was on the side of the home and didn't put it in danger," said Garman.

But this time, neighbors are reacting differently because families are involved.

"It's very frightening to see your friend lose their homes because we're all very poor," said Garman.

"I feel good because God saved me," said El Khouri.

Firefighters are still out here surveying the sinkhole since it's still active.