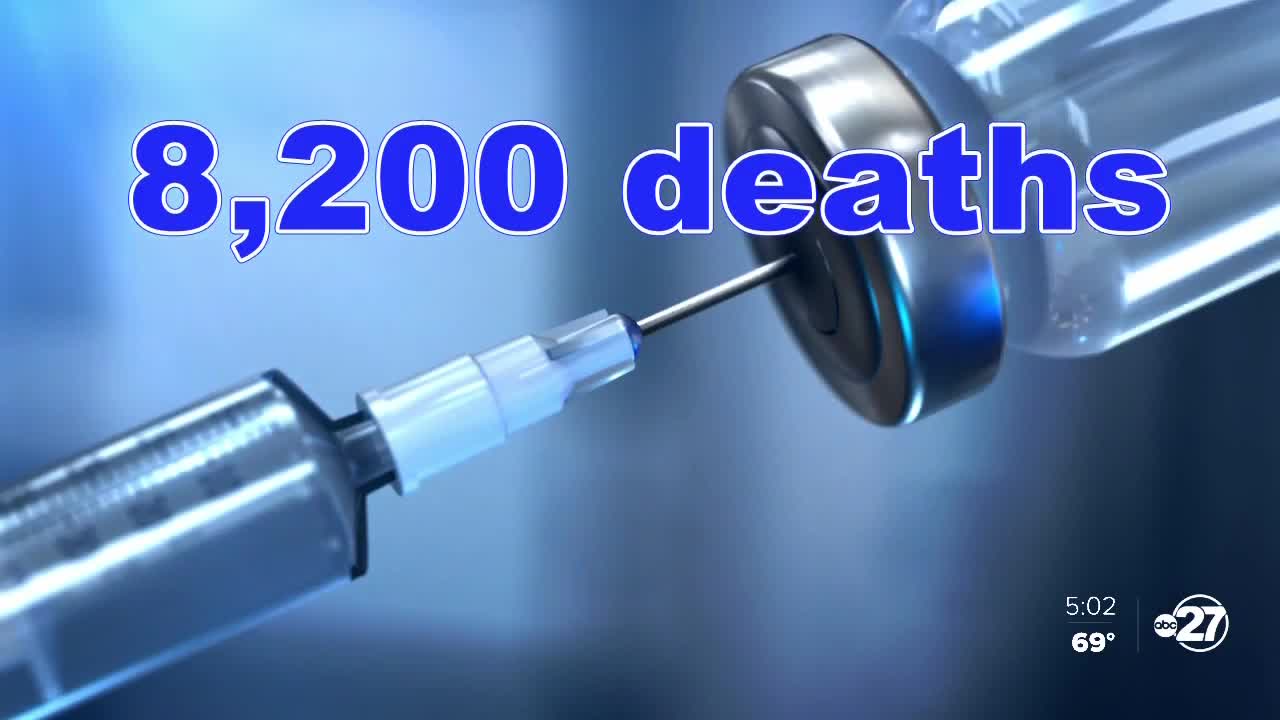 Doctors say it is more important then ever to get your flu shot after more than 30 deaths in Georgia this flu season.

VALDOSTA, Ga. (WTXL) — Doctors say it is more important then ever to get your flu shot after more than 30 deaths in Georgia this flu season.

Five of those people are from South Georgia and three are from the Valdosta area.

The biggest thing the health department wants people to know is it's still not too late to get the flu vaccine. And flu activity this high isn't actually uncommon.

"It's dangerous not to get the shot because it may cause death," said Frank Evans.

Frank Evans says he just got his flu shot three weeks ago. It's something he never misses.

"I had a slight cold but not the flu," Evans explained. "A lot of people around me did get the flu since I got my shot."

Opinions aside, the Centers for Disease Control and Prevention counted more than 8,000 people who died in the U.S. this flu season. Thirty-one of those people of them are from Georgia.

"We oftentimes see influenza-related deaths in our area and throughout the United States," said Kenneth Lowrey. "It's not something that's uncommon. It's unfortunate but certainly something that's not uncommon."

Kenneth Lowrey works for the Georgia Public Health Department. Lowrey admits the vaccine does not guarantee you won't get influenza.

But if you do, Lowrey says you're less likely to get as sick as you would without it.

While symptoms vary from one person to the next, doctors say the risk of serious illness depends a lot on age. Those most susceptible: Children younger than five and adults over 65.

"It affects people in different ways and a lot of that depends on your age and also if you have any co-morbidities, if you're immunosuppressed or immunocompromised," Lowrey explained.

Despite the warnings and deaths, some like Rafael Perez still feel it's not necessary.

"I try to just take vitamins and be covered but I don't know about other people," said Perez.

But Public Health does with estimates that flu levels could still remain high for several more weeks. Lowrey warns it's better to be safe than sick.

"Unfortunately, the flu does not discriminate so even healthy individuals can still get extremely sick from the flu so it's just important to be vigilant," Lowrey said.

We also did a poll on our Facebook page where we asked you if the number of deaths would impact getting the flu shot. So far, more than sixty percent of people still say no.