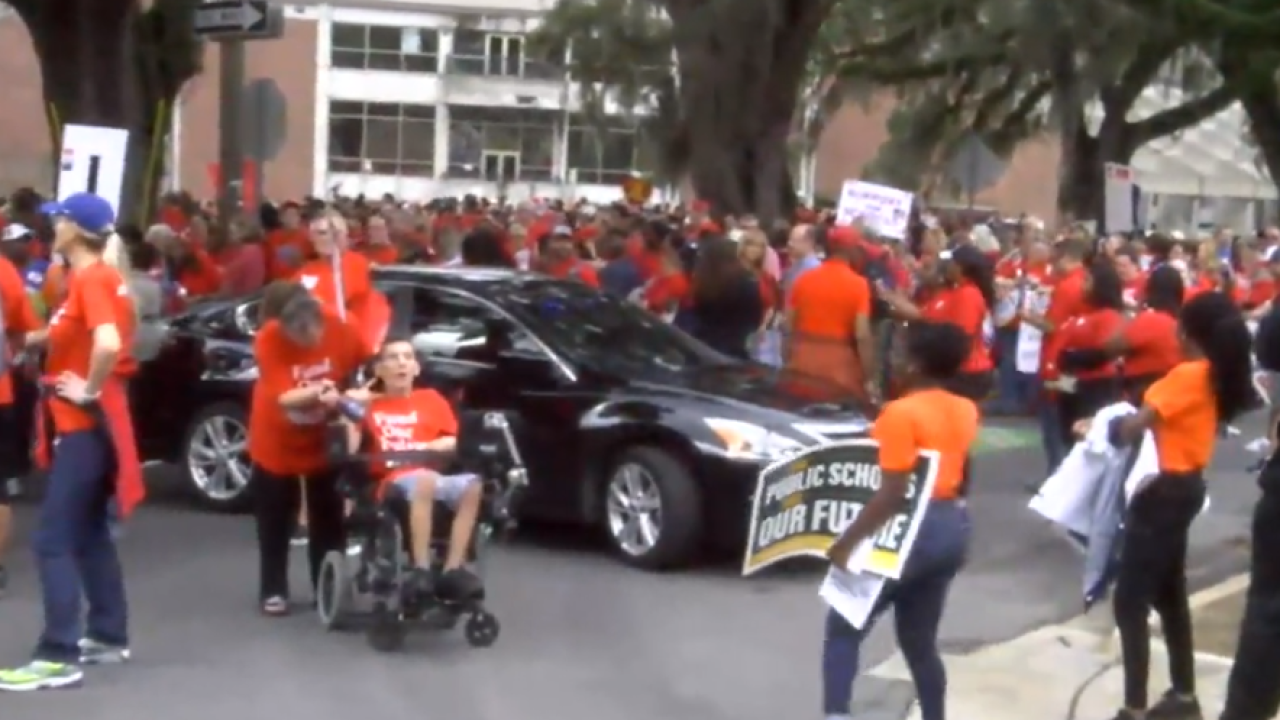 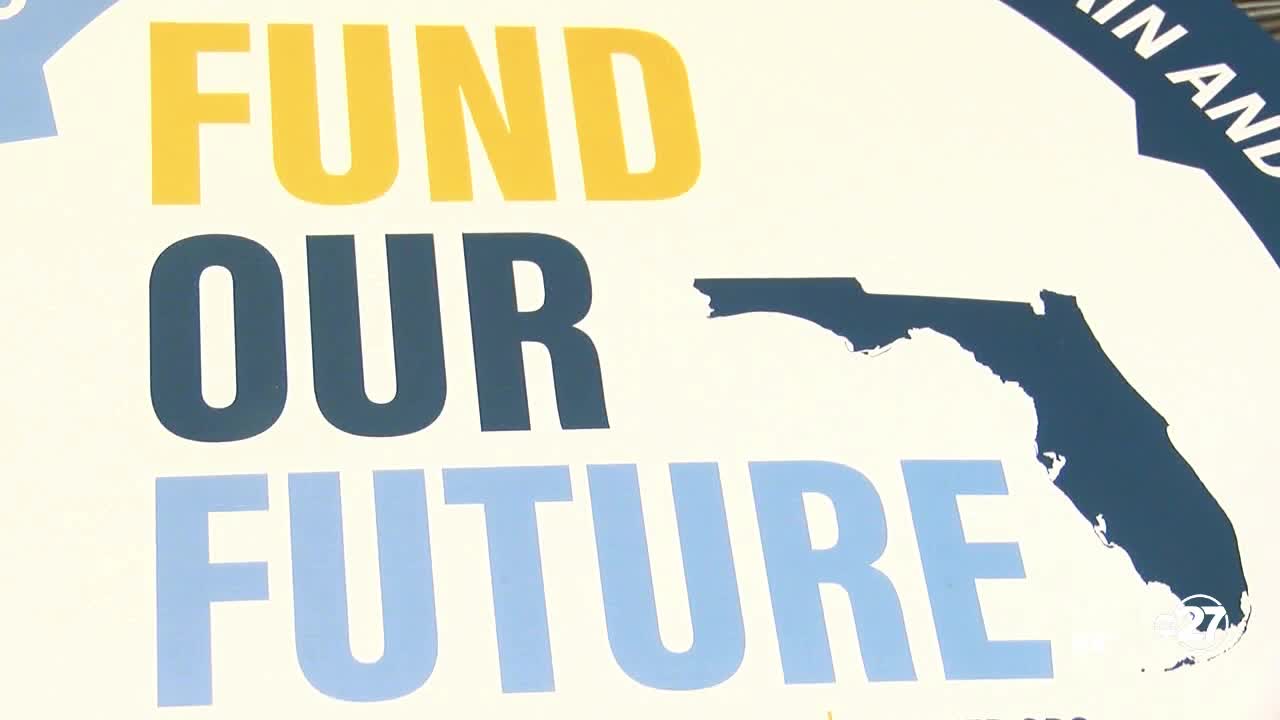 TALLAHASSEE, Fla. (WTXL) — Lawmakers are back in town and teachers have a message for them: enough is enough!

You can expect to see thousands of people to pack downtown Tallahassee on Monday afternoon, on the eve of the start of session. Below is a live look:

It's a fight for more money for teachers.

Whether it's a teacher or other faculty member in the education system the lack of money is a problem.

That's why they're relying on strength in numbers in hopes to bring progress they say has been missing for years.

The lack of major changes to teacher pay is why thousands want to "Take on Tallahassee."

This rally gives a voice for an education system that ranks as one of the lowest in the country.

"A state that ranks 46th in teacher pay and 43rd in per people spending...we have to do better. For our students and for our faculty and staff," said Donna Schiffer, a Leon County Elementary Teacher.

Donna Schiffer has been teaching for more than three decades now.

She is one of the many marching from the Donald L. Tucker Civic Center to the steps of the Old Capitol.

The group says the financial strain on teachers has gotten to a breaking point.

"They're not allowed to raise tuition anymore...so they've been raising fees on students. Our graduate assistants who worked for the college to work their way through school...that's hit them particularly hard and that will be one of our legislative priorities this session," said Karen Morian, The President of United Faculty of Florida.

"We are tired of seeing the drain on Florida's classrooms. Teachers and support professionals are constantly walking out the door. And it's time we stood up together in a united voice to support our public schools," said Michelle Dillon, St. Johns Education Association President.

The group hopes the power of numbers changes the minds of lawmakers.

"To see that many teachers together letting legislators know that we are watching...we know that they are playing their cards close to their chest. But we know some of the things coming up and seeing teachers engaged and that they're not willing to take it anymore is really inspiring," said Johnson.

People will march from the Civic Center to the Old Capitol at 1:30 p.m.

Then, they'll rally around the steps with speakers like Reverend Al Sharpton from the National Action Network to Jesse Sharkey, from the Chicago Teachers Union.

Due to the anticipated crowd size, The Tallahassee Police Department will be closing Monroe Street for the safety of the participants.