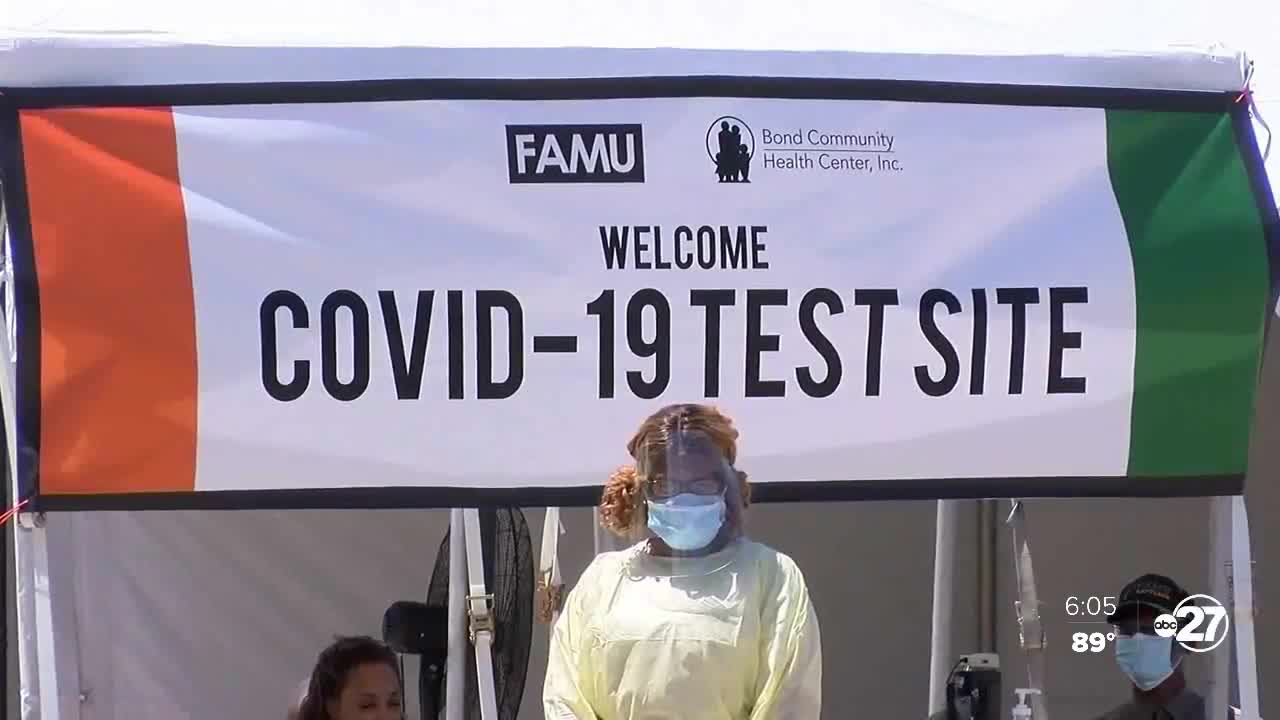 Florida A &amp; M University and community partners have extended the operation of the COVID-19 test site at Bragg Memorial Stadium and have plans to keep the site available through the first phases of reopening.

TALLAHASSEE, Fla. (WTXL) — Florida A&M University and community partners have extended the operation of the COVID-19 test site at Bragg Memorial Stadium and have plans to keep the site available through the first phases of reopening.

Although the lines are now much shorter than when the site first opened on April 25, site facilitators say a steady need remains for accessible testing.

The site started by accepting as many as 400 people per day.

Now, they're averaging around 200 on a daily basis and have completed more than 10,000 tests to date.

Given the steady demand, plans to cease testing have since been scrapped and the site will now function indefinitely.

"It was a no brainer for us because of the demand," said Harris. "The fact that we are a community testing site that is free, that does not require a physician's referral, it is indeed one in which people within our area along the southside, and other areas as well come to our site. So I think access and the fact that people understand that even with the reopening there is a need to be tested."

Their partners at Bond Community Health agree and are working to bring even more access to local communities by offering mobile testing.

"There are pockets in town where people live that may not be able to get to Bragg, that where we know there may be increasing or high numbers of positivity, or the possibility of positivity," said Dr. Temple O. Robinson, the CEO at Bond Community Health. "So, specifically in the zip code areas 32304, we are working very hard to augment what the Health Department is doing by testing in these areas."

This as talks begin to bring university faculty, staff and soon students back on campus.

"Right now we are just continuing to be open," said Cynthia Harris, the associate dean of Public Health at FAMU. "We are, right now, a state supported site and the state intends to continue to provide us a level of support. So, right now we decided we're not even, we don't even have an end date right now. It is until such time that the community or university feel that the need is not there."

Harris says they plan to work with the university athletic department and student organizations to ensure safety for all through the transition.

They'll host mobile testing in the Westgate community on Tuesday from 9 a.m. until noon.

Bond also has four additional mobile sites you can visit listed on their website, available by clicking here.

The site previously tested 7 days a week. They will however stop providing Sunday testing starting on Father's day.