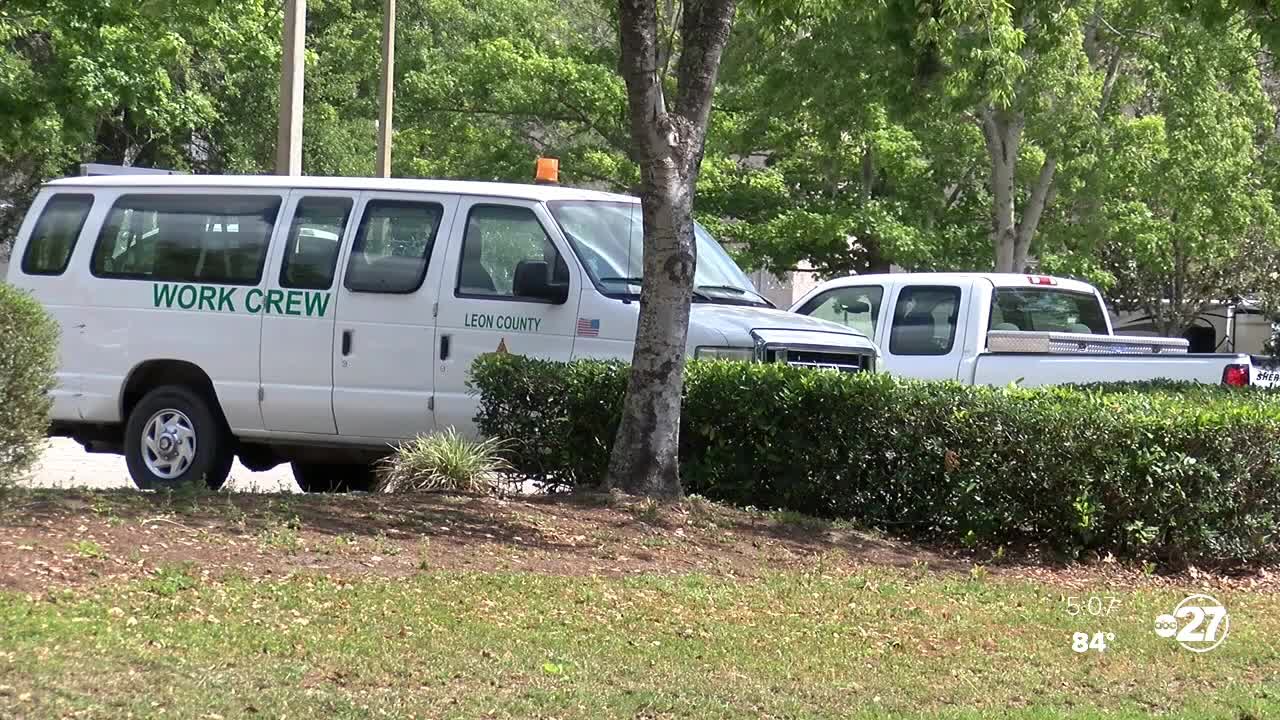 The Leon County Sheriff's Office says a vendor contracted COVID-19 after traveling to New York two days before stopping at the jail.

Now, five people here are waiting to see if they have it, too. Family members say the inmates deserve better.

He says his son is one of nearly four dozen people in isolation right now after a vendor dropped off administrative equipment.

"The inmates assisted to help move some of the equipment to the vehicle by way of a loading dock," said Deputy Shade McMillian.

Mcmillian says only three people helped take the furniture off the truck, but now everyone who shares living quarters with them are separated from general population.

The two employees present at the time are now in self-quarantine.

"We're monitoring the situation, and due to the health department notifying us of this person and the positive test, we were able to jump on this," McMillian said.

While none have shown symptoms of COVID-19, no one is expected to get test results until Wednesday at the earliest.

Either way, family of inmates say it's not good enough.

"The worry is that, just because they might not be exuding any symptoms doesn't mean they're not asymptomatic individuals in there," said Michael.

If the worse was to happen, McMillian says there's room for at least 140 people to be isolated.

More than 300 people are still working at the jail alongside more than 800 inmates.

McMillian says there are not enough masks to go around to inmates, but Michael says it's the least they could do.

"I would like to ask that the jail do something to at least protect these prisoners" said Michael. "If they're not going to release them early, that they need to have proper protective equipment."

The jail is also taking other precautions. New inmates are now being medically screened and quarantined for 14 days. They've also shut down outside work crews and stopped accepting visitors.