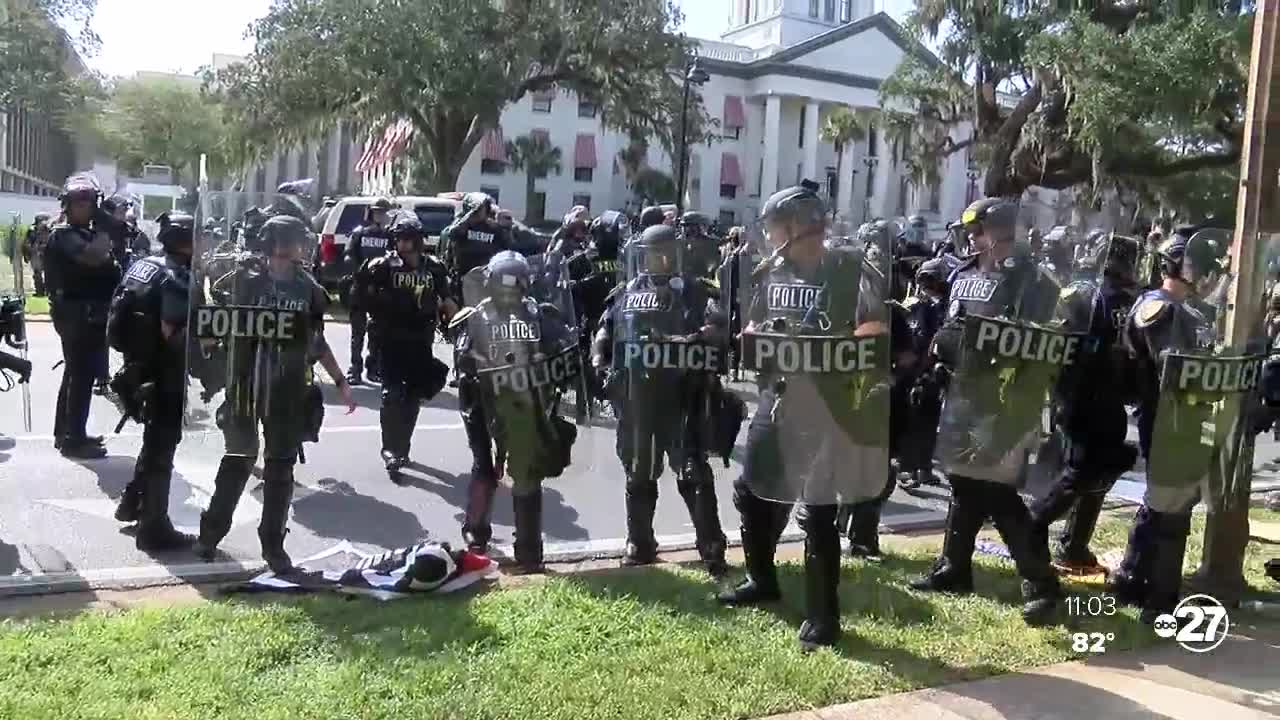 Friday evening, the Tallahassee Police Department confirmed that a total of 15 people were arrested in connection to the confrontation at the protest. 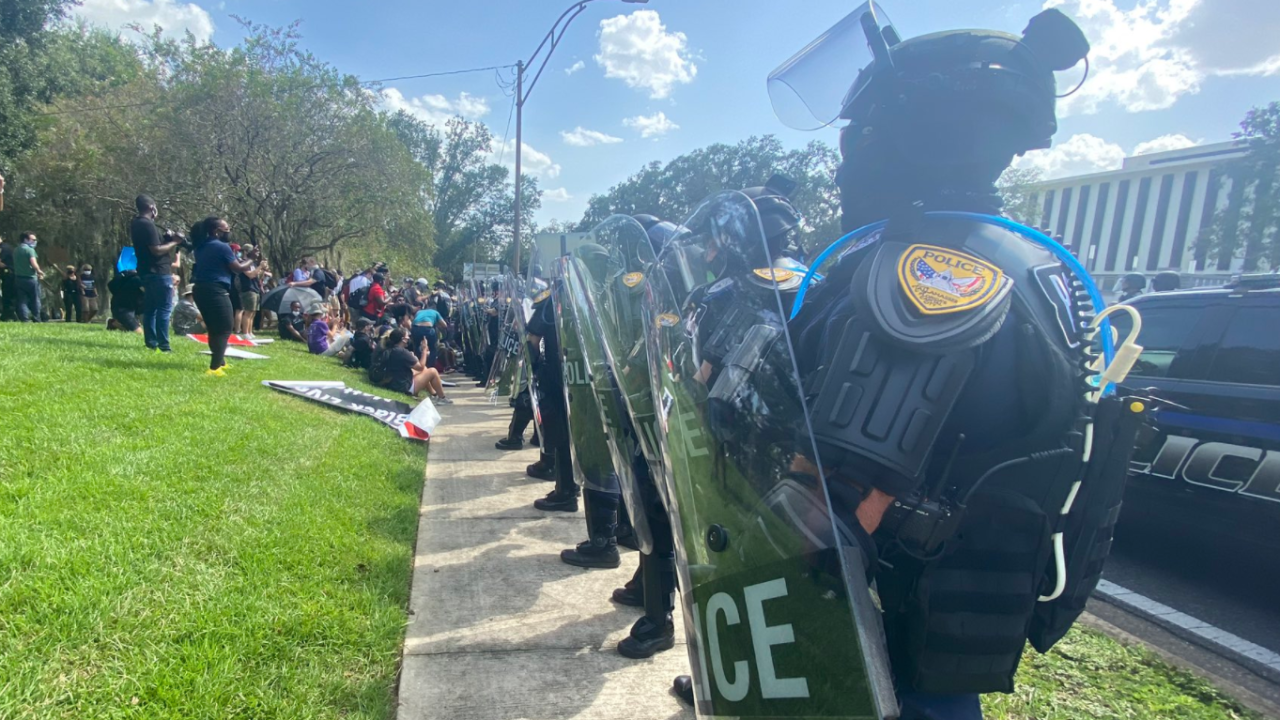 In all three cases, the Grand Jury says the decision to use force was justified.

The Leon County Grand Jury was handed those cases earlier in the week.

The group is made up of 21 people, all randomly selected, and their ages range from 20 to 69. They're all tasked with deciding if those officers involved committed a crime based on evidence that included testimony from investigators and witnesses, along with body cam and cell phone footage.

The decision was not the news activists in Tallahassee were hoping for, especially after calls for change in our local law enforcement departments following those shootings.

Friday evening, the Tallahassee Police Department confirmed that a total of 15 people were arrested in connection to the confrontation at the protest.

The day started off peacefully at the parking lot on at Gaines and Bronough Street with around 100 protesters.

There, officers outlined the rules of the day which included staying on the sidewalk and out of traffic during protests.

Once their march reached the Capitol, a woman who was driving slowly as part of the protest was asked to pull over, with police telling her she was going to get a ticket for not following traffic laws.

That's when protesters started chanting, "No, no, no," as protesters got closer to officers. After that, a shoving back and forth happened with protesters and officers, the situation escalating with at least one officer that we know of being hit.

While some were arrested, others were taken to the hospital, to be treated for injuries received during that confrontation between protesters and police.

"We've been out in the streets for a very long time. We have a long history for protesting policy brutality," said Regina Joseph. "TCAC has been pushing for a civilian police accountability council, which is community control of the police. which gives civilians in Tallahassee the authority of a body to actually investigate these kinds of shootings."

Among those arrested was Tallahassee Community Action Committee President Regina Joseph, who told us, despite the Grand Jury decision, they will keep protesting.

"It's kind of different because we are very much aware of how disappointing it is," Joseph said. "We're not surprised but it just makes us fight even harder and to continue to just make sure we're out here fighting for what's right."

At one point, hundreds of officers came in to assist with controlling with the crowd.

So far, we have not heard if anyone will be officially charged. We are still working to get some answers and will share the information when we do.

ABC 27 was live in the aftermath of several protesters' arrest by the Tallahassee Police Department.

Ahead of the protest involving the Tallahassee Community Action Committee (TCAC) and Dream Defenders, organizers spoke to the Tallahassee Police Department's Deputy Chief Holmes, expressing their desires to have a peaceful protest.

Law enforcement was on scene when the protest began.

TCAC: ‘Don’t talk to police, stay calm and support one another.’ Protesters laying out the ground rules before starting the march. TCAC says they don’t want anyone to get arrested and they have medical help in the crowd in case someone does get hurt. @abc27 pic.twitter.com/g4RBwqq7Cr

‘THIS IS WAR’: Protesters ramping things up — calling for State Attorney Jack Campbell and Chief Lawrence Revell to resign. The group is expected to start marching in about ten minutes. @abc27 pic.twitter.com/hmaHGw5cnf

Just before 4 p.m., protesters began marching to the Capitol. TPD officers were on scene asking people to move to the sidewalks.

Protesters are on the move. @abc27 pic.twitter.com/9Vw6D7OyOU

Not long into the start of the march, TPD began making arrests, calling the protest an unlawful assembly. ABC 27 reporters at the scene say several people were arrested at the protest, including the president of the Tallahassee Community Action Committee.

Friday evening, TPD confirmed that 15 people were arrested in connection to a confrontation at the protest.

Dramatic video of the arrest of a protester. @abc27 pic.twitter.com/RN0suV4cXd

Protesters being asked to disperse. Heavy police presence as protesters start to get arrested. @abc27 pic.twitter.com/5o5Vl4FliF

This comes after the Leon County Grand Jury concluded that the officers who shot and killed Mychael Johnson, Tony McDade and Wilbon Woodard were all justified in their use of force. You can read all three of the no true bill presentments here.

They note that, due to ongoing litigation regarding Marsy’s Law in the Johnson and McDade shootings, the videos contain redactions. You can view all three videos below:

ABC 27 has a crew out on the scene providing updates as they happen. You can follow our coverage on Twitter here or on Facebook here. We'll also have updates in our 6:30 p.m. show, which you can watch live here.