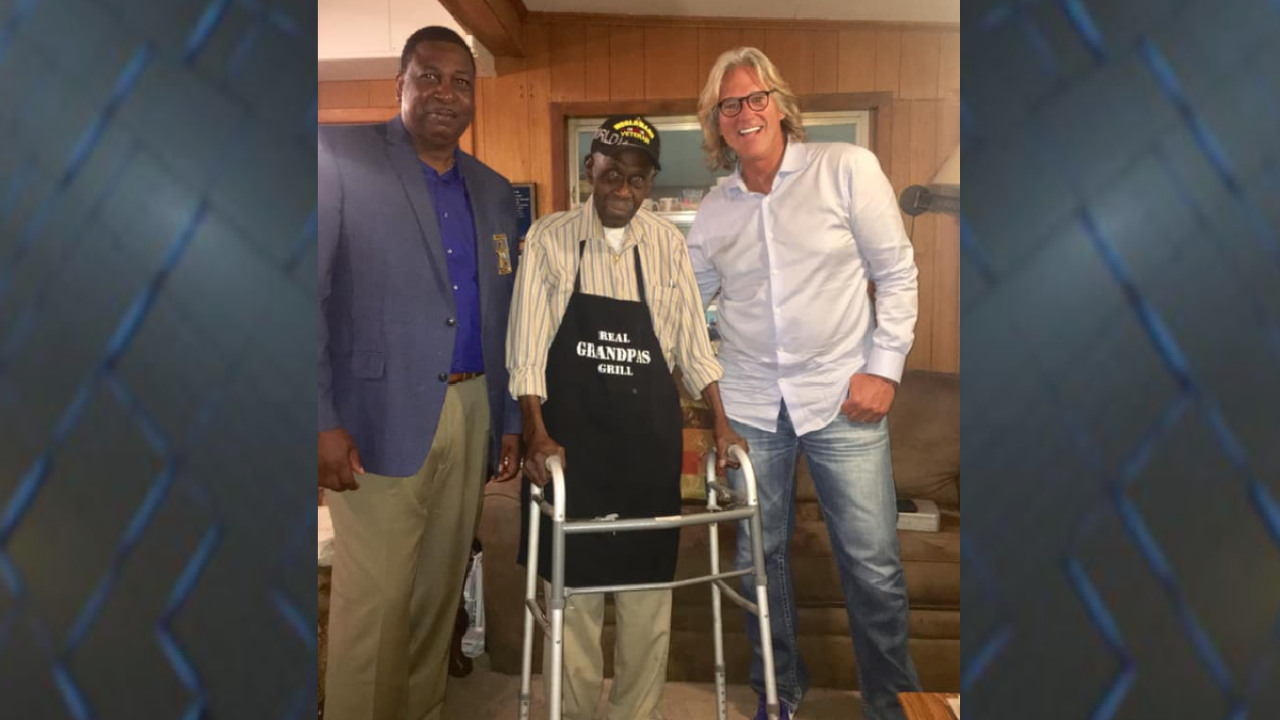 Julius Fisher, a 97-year-old WWII veteran, was surprised in his Quincy home on Tuesday with a welcoming visit by Sheriff Morris Young and country singer Billy Dean.

Sheriff Young accompanied Dean, who is doing a documentary on WWII veterans in an effort not only gain history, but also share the history that many are not aware of.

Fisher said as a kid, he grew up in Leon County and enlisted in the Army at a young age. While serving as a soldier, he was part of the Allied invasion of Normandy in the 182nd Airborne Division (Company A).

Fisher also fought in the Battle of the Bulge and helped liberate the Dachau concentration camp and earned many honors for his service.

After the war, Fisher said he settled back home in Gadsden County where he went back to high school to get his diploma and on to Florida A&M University where he earned his degree.