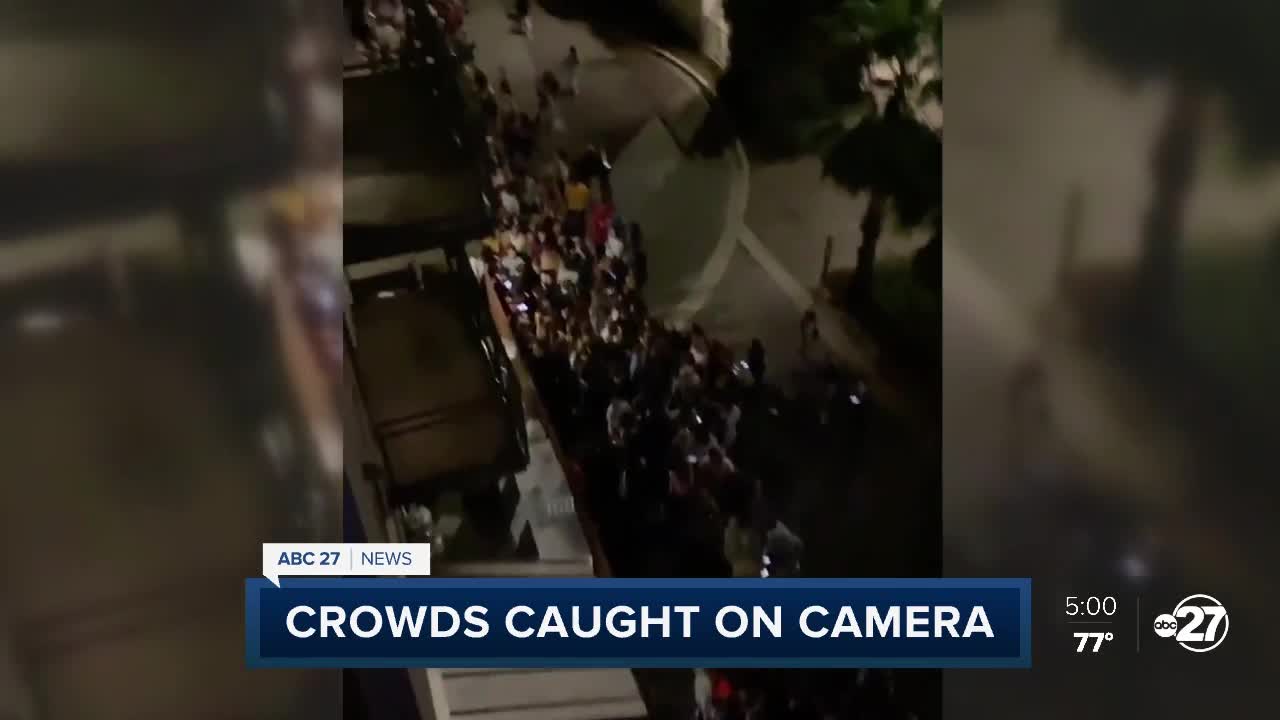 Clubs and bars in College Town are packed after Governor Ron DeSantis moved Florida into Phase Three of reopening.

TALLAHASSEE, Fla. (WTXL) — Shocking video of a large crowd of people waiting to enter a College Town nightclub is sparking concern in the community days after Governor Ron DeSantis lifted all restrictions for the state.

A video showing the line outside of Recess, a Tallahassee club in College Town, approximately four to five people wide, appears to stretch almost the length of the block, and not a mask in sight.

When they stepped outside to see what was happening they couldn't believe the number of people crammed together just to get inside.

"There's no way to predict such super-spreaders so if there is a large gathering," said Qian Yin, a Florida State University Biology professor.

Nick Tracanna lives in an apartment in College Town.

"I was telling my friends last night I'll give it a week, two weeks before we're shut down completely," said Tracanna.

Tracanna says from his view very few masks could be seen with no social distancing as people lined up outside Recess Bar and Night Club.

"If I didn't know the context of where we are in America I would've thought this was last year and it was just a normal night when Recess was open," Tracanna said.

Gatherings like this are what Yin says can be a breeding ground for super spreading to happen.

"In the case of South Korea, one super spreader probably infected close to 1,000 individuals at a large gathering back in spring," said Yin.

Throughout the pandemic, the message has been to social distance and wear masks.

"Home rule should always be in play because those of us here in the home area know more about than those who may not have been here so long," Williams Cox said. "In the early days of the governor's executive order the local city and the county we had some options. There were some things we could do."

People like Tracanna hope someone steps up to prevent a mass spread.

"It's on the state and the counties to make that change," said Tracanna.

ABC 27 reached out to the General Manager of Recess who has not responded.

The city plans to keep crowds like this from happening again by reaching out to private businesses and properties to find a way to regulate these crowds.