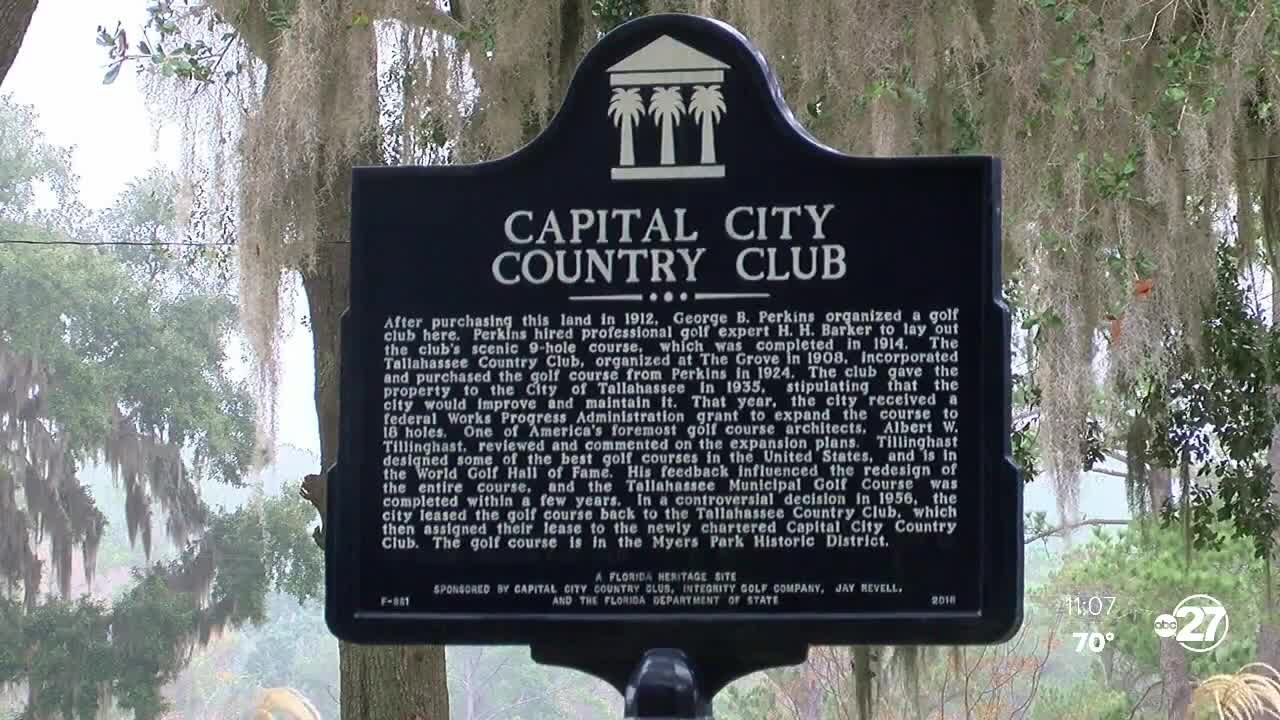 A National Park Survey revealed 23 probable unmarked graves and 14 more that could be gravesites on the property of the Capital City Country Club in Tallahassee.

TALLAHASSEE, Fla. (WTXL) — A National Park Survey revealed 23 probable unmarked graves and 14 more that could be gravesites on the property of the Capital City Country Club in Tallahassee.

It was a shocking discovery made at the county club in December of 2019.

Now, the City Commission is looking to honor that site any way they can.

"Those graves there are believed to be those of slaves who died there on the plantation," said Diane Williams Cox, a Tallahassee City commissioner.

Nearly 40 graves of slaves are believed to be from the Houston plantation.

Their location is near hole seven on the course. Ground-penetrating radar showing the reality of what's under the green.

Delaitre Hollinger a preservationist, hopes the city acts on that.

"I'd like to see the city take over that portion of the property for historic preservation purposes so that we can appropriately commemorate the lives that were laid to rest there," Hollinger said.

In order to do that, the lease for the land must first be purchased from the Capital City Country Club.

Another option is to form a committee that will look for a way to honor them on the site.

"There are several options that we have," Williams Cox said.

Williams Cox says they will work to make sure these lives don't go unnoticed any longer.

For some, this is just the start.

"There are many many more throughout the county, throughout the state," said Hollinger. "The more that we are able to preserve to take care of as our own, then the more history we have and that's available for future generations."

There is no estimate on how much the lease would cost if they were to purchase it.

The commission will discuss the next steps this Wednesday at 3 p.m.