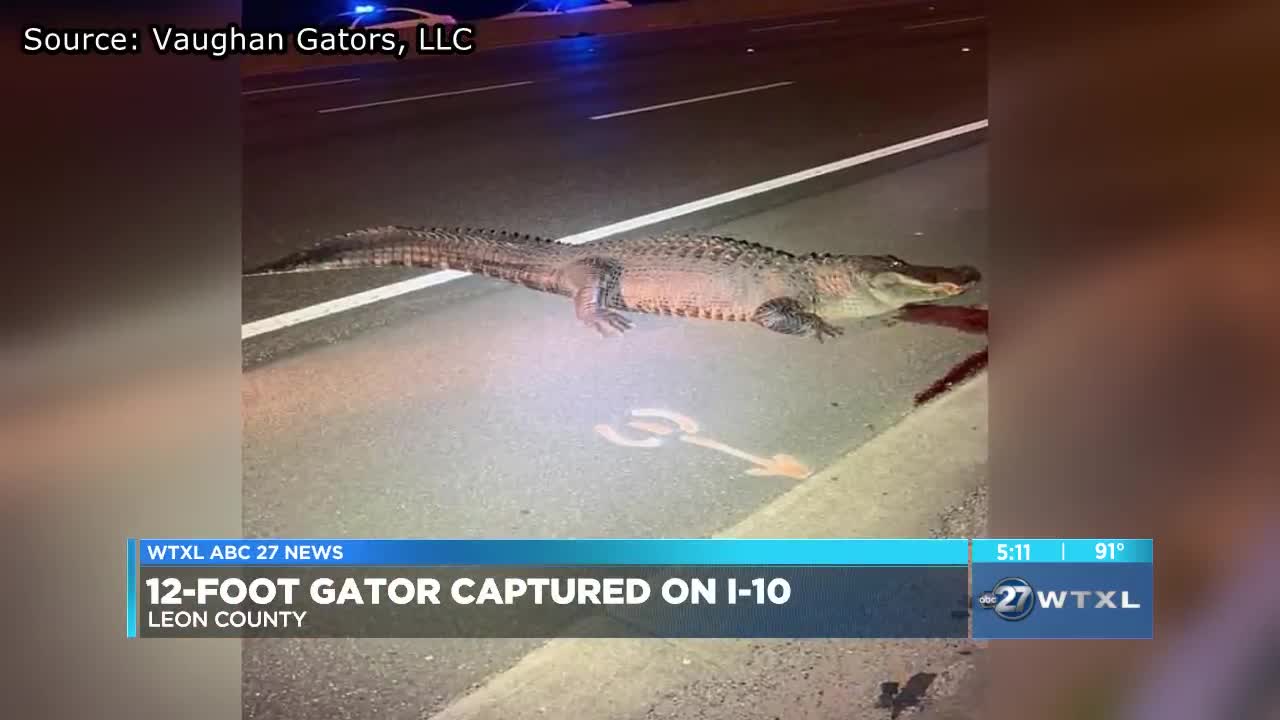 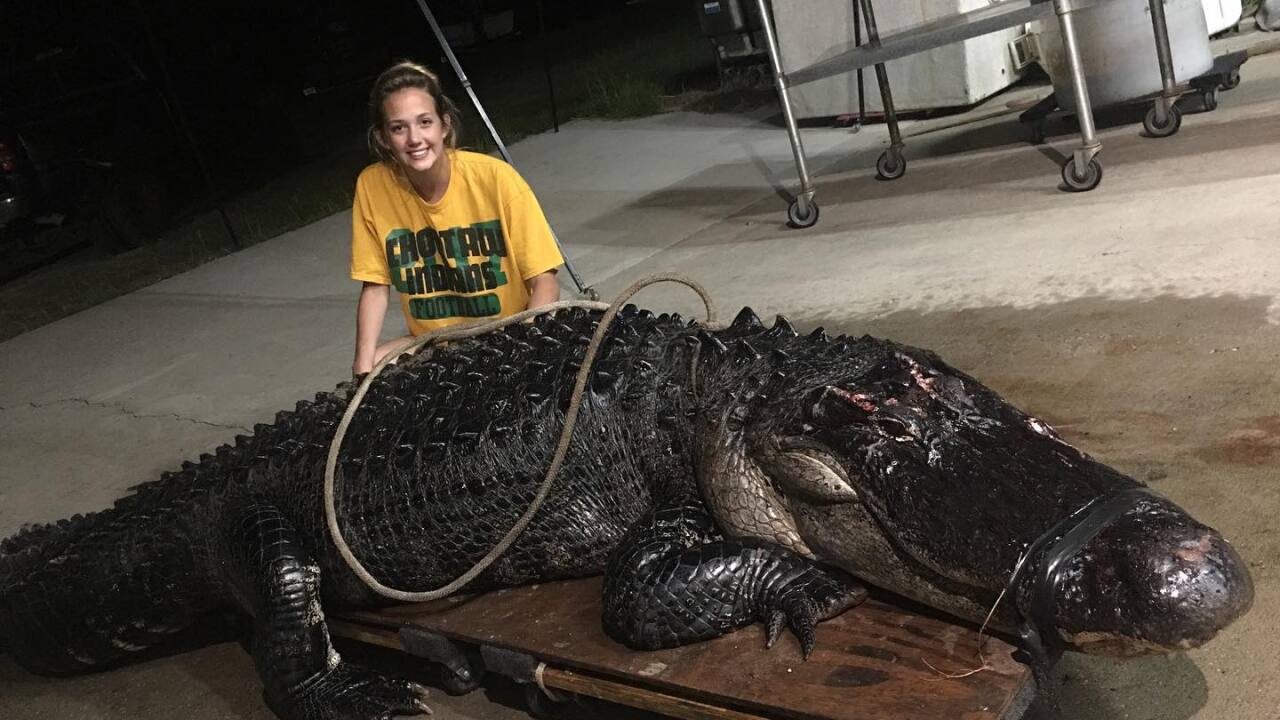 LEON COUNTY, Fla. (WTXL) — A nearly 500 pound alligator was captured after being found wandering along I-10 near the Monroe Street exit earlier this month.

The Florida Highway Patrol initially responded to the scene on June 3 and found the 12-foot, 463 pound beast wandering along I-10. Broderick Vaughan, the owner of Vaughan Gators, also responded after receiving calls about an alligator on the exit ramp to Monroe Street.

Fortunately, Vaughan says he was able to safely capture the humongous reptile. He says it's one of the largest alligators he has ever corralled.

"I don't handle big gators very often. I think I've had about four over 10 feet this year and that's it," said Vaughan. "Most of the ones I handle are mostly 6-footers, but you just handle it, it's just part of the job."

The company said that the gator sustained injuries after being hit by a semi-truck and had to be euthanized a few days later due to the severity of his injuries.

Vaughan says May and June are the most common months to see alligators out and about because it's breeding season.

He also says this is the 85 gator he's caught this year.