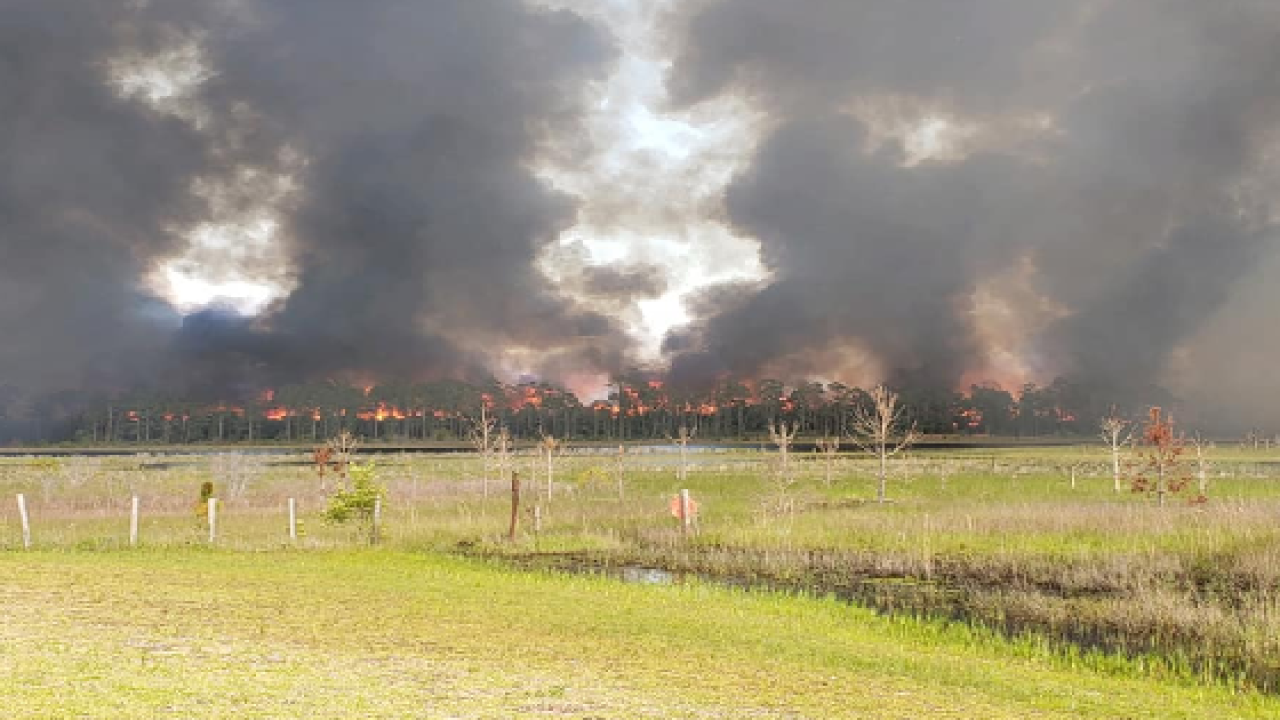 OCALA, Fla. (AP) — Officials say 50 homes have been evacuated as a 750-acre (300-hectare) wildfire burns in a Florida national park.

Marion County Fire Rescue posted on Facebook that the blaze started Wednesday afternoon in the Ocala National Forest. Water drops were being conducted by five helicopters and a fixed wing tanker .

Officials say no structures were damaged as of Wednesday evening, but they were evacuated as a precaution. Federal, state and local firefighters have responded.