University of Florida does away with 'Gator Bait' chant 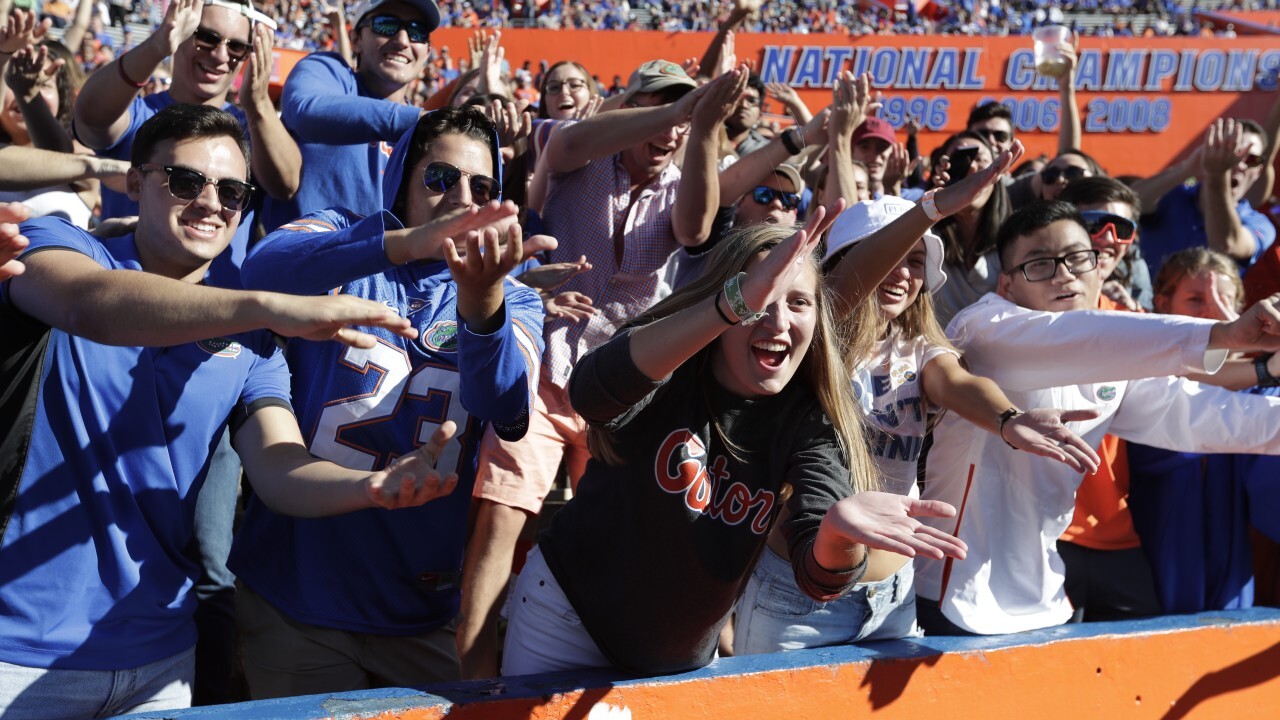 The long-held chant of the Florida Gators is going away.

University of Florida President Kent Fuchs said Thursday that the school will do away with the cheer during athletic events.

"While I know of no evidence of racism associated with our 'Gator Bait' cheer at UF sporting events, there is horrific historic racist imagery associated with the phrase," Fuchs said. "Accordingly, university athletics and the Gator Band will discontinue the use of the cheer."

The chant has historically been used by fans to antagonize Florida's opponents, but they'll have to settle for "We Are the Boys" instead.

Although it's doubtful many Florida fans who have participated in the chant through the years are aware, the "Gator Bait" chant has been criticized by some for its racial undertones.

Black babies were used as alligator bait in the Sunshine State as recently as 1923, and the term "alligator bait" was used as a racial slur referring to black children from Florida.

The move comes in the aftermath of George Floyd's death in Minneapolis, spurring a nationwide reexamination of racial injustice.

Just last week, the University of Florida rescinded an admissions offer to a prospective student who posted a racial comment on social media.

This story was originally posted on WPTV.