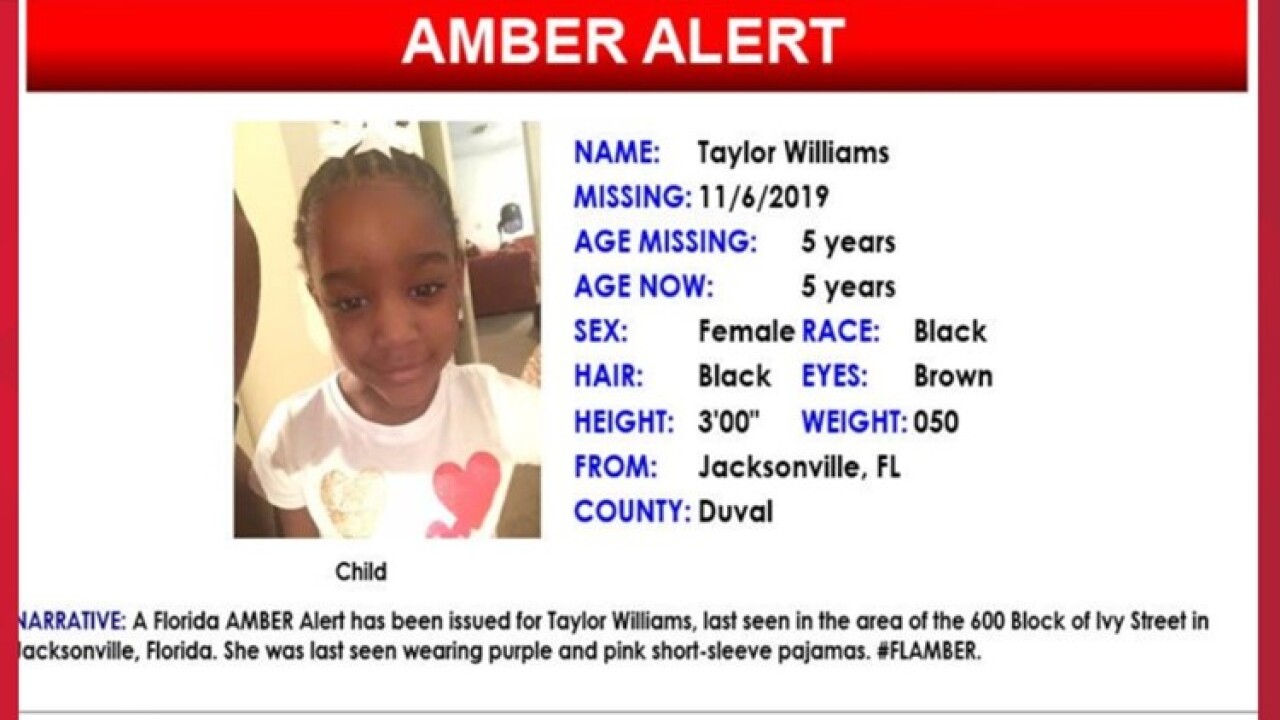 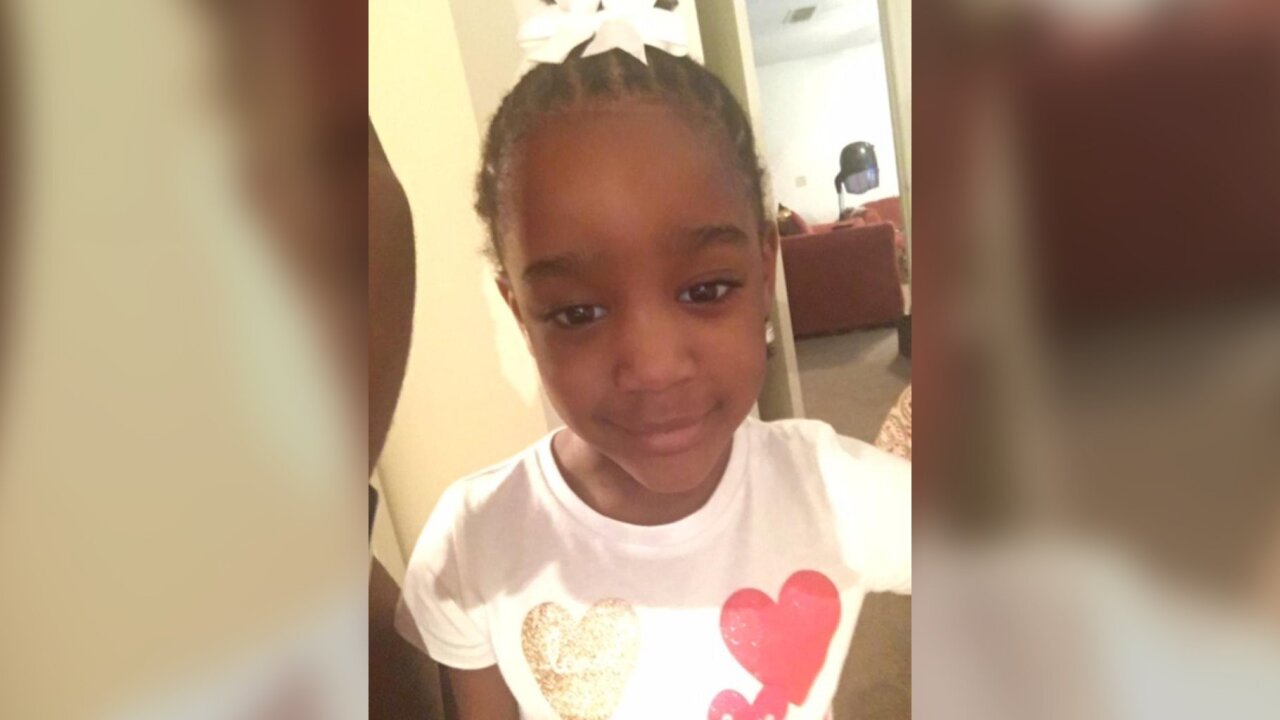 (WTXL) — Florida Crime Stoppers announced Thursday that it is offering up to a $3,000 reward to anyone with information that can help find 5-year-old Taylor Rose Williams.

Thursday marks day two in the search for her after an AMBER Alert was issued Wednesday. The search for missing 5-year-old Taylor Rose Williams has expanded, the Jacksonville Sheriff's Office says.

Authorities issued a Florida Missing Child Alert for 5-year-old Taylor Rose Williams on Wednesday. Around 11:30 a.m., the missing child alert for Williams was officially upgraded to an Amber Alert after she was last seen in the 600 block of Ivy Street around midnight on Wednesday.

Brianna Williams, Taylor's mother, told police that the 5-year-old was last seen in her home at around midnight. When the the child's mother woke up Wednesday morning, Taylor was not in her room and the back door was unlocked.

First Coast News reports Williams isn't considered a person of interest and her father lives out of state. Authorities say her family is cooperating in the investigation.

"We are very concerned, but we are going to search and we will continue to search throughout the night in hopes of finding Taylor," Jacksonville Sheriff's Office Chief T.K. Waters told First Coast News.

First Coast News reports more than 180 officers and personnel are assisting the search for Taylor with 120 searching the Brentwood area and more than 60 searching the Southside at a second location.

If you have information about the whereabouts of this child, please contact the Jacksonville Sheriff's Office at 904-630-0500 or 911