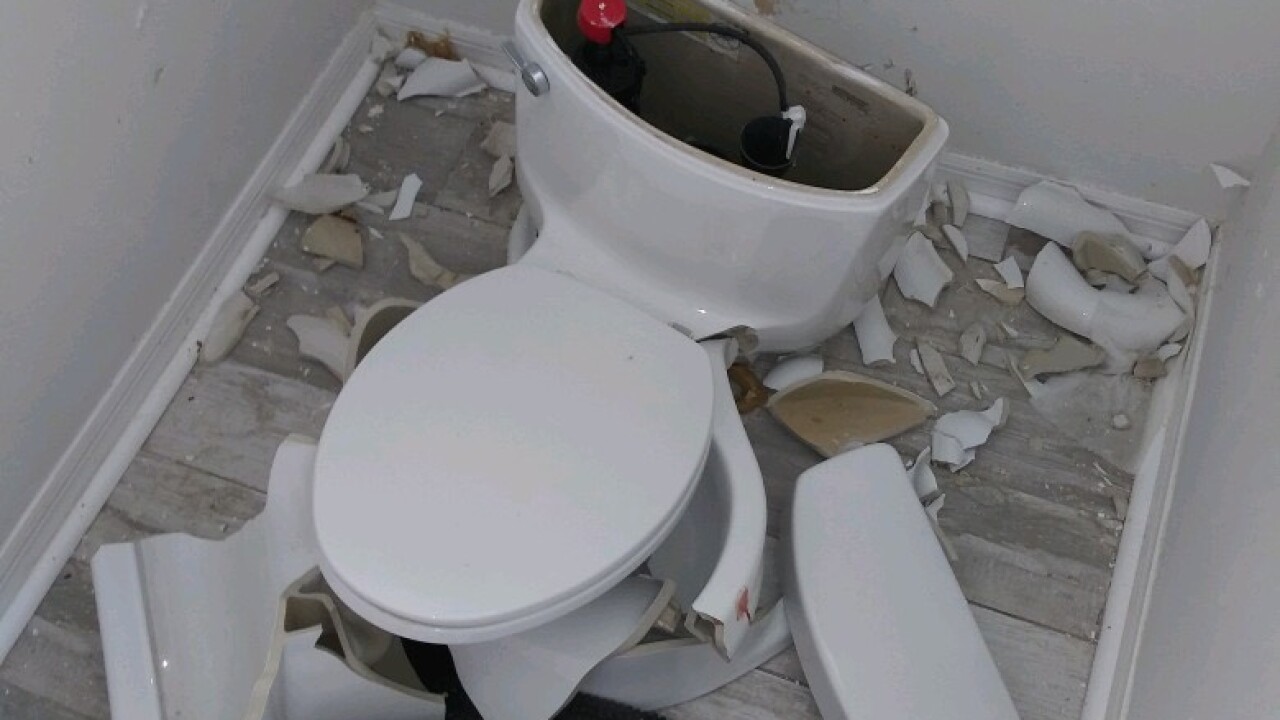 PORT CHARLOTTE , Fla. (WTXL) — A Florida woman's toilet exploded at a Port Charlotte home after her septic tank was struck by lightning over the weekend.

Marylou Ward, a co-owner of the home, said it was the loudest sound she has heard. Fortunately, no one was using the toilet at the time of the strike.

“It used to be our toilet,” Ward said. “We have nothing now.”

Ward and her husband are not only without a toilet but the indoor plumbing is destroyed, along with the septic tank, Wink News reports.

According to the Ward's plumber, the lightning struck the methane gases that had built up in the pipes from all the fecal matter.

“I’m just glad none of us were on the toilet,” Ward said. “That’s the main thing.”