It all started with a search on her sperm donor dad 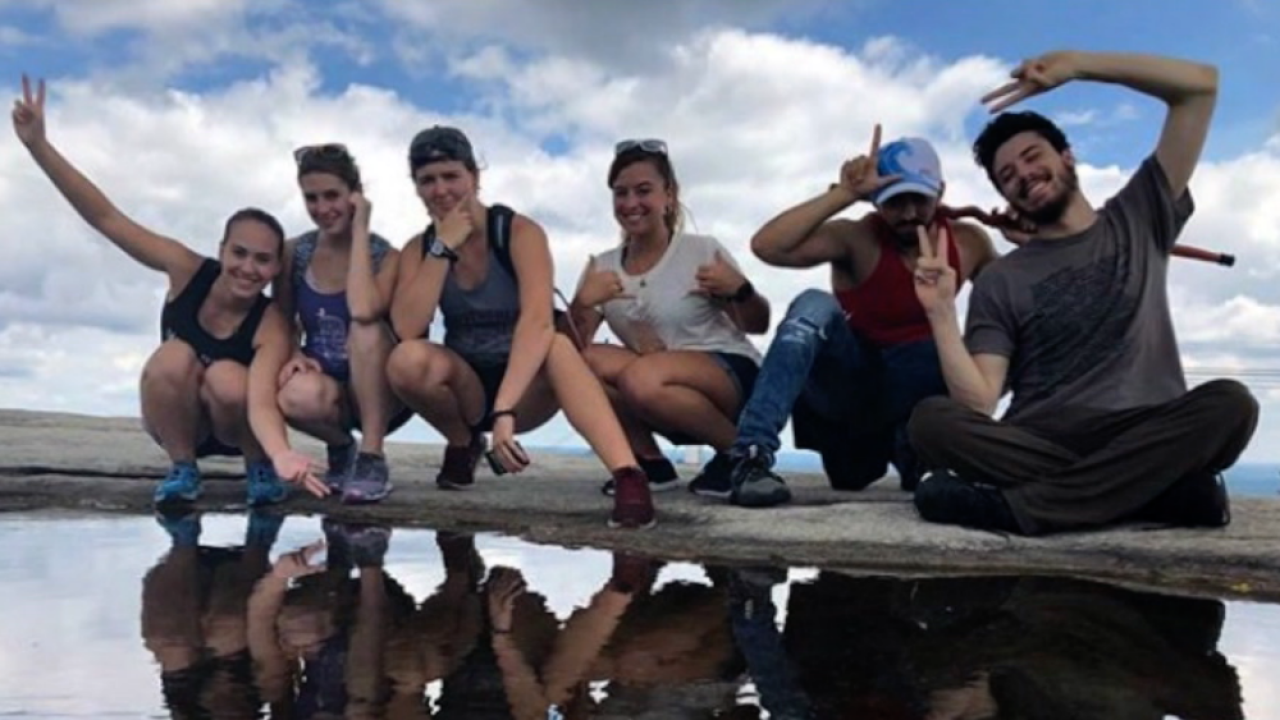 You may think you have a big family until you read this story.

This number of children may seem alarming but, in fact, it’s not uncommon for families born from sperm donors to add up — especially in the United States.

In some cases, there have been upwards of 200 children born to one donor dad.

Kianni Arroyo, an Orlando woman, is one of those children.

Since she was young Arroyo knew her biological family was a sperm donor.

After all, she grew up with two moms.

It wasn’t until she was 18-years-old that Arroyo began meeting and counting up her half-siblings.

As of March 2019, that number sits at 52 siblings across the United States, Canada, Australia, and New Zealand.

“It’s an overwhelming number for sure,” Arroyo said.

Now she’s on a mission to find all of her half brothers and sisters, journaling the quest on Instagram.

The amount of siblings doesn’t scare Arroyo, she explains to ABC Action News she enjoys having a new big family, something she’s never had before. Plus, now she is a big sister to so many younger brothers and sisters.

Tracking down her half siblings

So how did she track all of them down?

It started with finding her donor. He didn’t want to speak with us but Arroyo tells ABC Action News she used a donor-sibling registry. With the sperm donor’s ID numbers she was able to find him, contact the donor and eventually meet up with him all after she had turned 18 years old.

“I call him the donor mostly and when I'm with him I call him by his name,” she said.

After that, searches on the registry and on social media helped her discover more and more half brothers and sisters. One after another starting popping up and there’s likely to be more.

“Yeah I have no idea how many are out there,” Arroyo said in disbelief.

While she enjoys being a big sister to all of her ‘little ducklings’ as she calls them, Arroyo wonders when the numbers of siblings will stop climbing. Just last year she found out she now has a sibling in Canada who is just a year old.

“I just won’t know the total amount and I might never know,” she said.

Her siblings feel the same.

Two of Kianni’s half-sisters and twins from Tampa feel there should be some sort of limit for sperm donors.

“It’s crazy that there are so many of us,” Alana Alaia, said.

Alaia decided to talk to ABC Action News, the first time she’s ever publicly admitted to being part of the donor family.

“It’s not that great to say that I am a part of a donor family,” Alaia said.

ABC Action News discovered there are no regulations in the U.S. when it comes to how often a sperm donor can give or how many families can be assigned a sample.

On the contrary, there are strict limits in other countries like China, Spain, Hong Kong, Taiwan and France where just a handful of births are allowed per single donor.

“There obviously should be regulations, there should be a limited number,” Alaia said.

One big question that came up multiple times with the siblings was the fear of meeting a sibling they didn’t yet know, dating them or even having sex with them. But fertility doctors say it’s highly unlikely that would happen.

“I don’t think most people will be in this situation,” Dr. Shayne Plosker, the Director of In Vitro Fertilization at the University of South Florida said. "It’s more of a moral issue than a medical risk."

The United States doesn’t have regulation, but the American Society of Reproductive Medicine does have recommendations. ASRM says as long as there aren’t more than 25 donor siblings born in a populated area the size of 850,000 or less than the chances of a brother and sister meeting are extremely low.

While Arroyo says she wouldn’t change a thing, she says she’d like there to be a cap on the number of U.S. families who can receive sperm from a single donor.

“I don’t know if there is going to be more babies or not but I hope not honestly,” she said.

ABC Action News contacted Xytex Cryo International, the sperm bank responsible for Kianni and all of her siblings’ births.

Representatives couldn’t tell us how many siblings Kianni actually had, admitting tracking births per donor was not reliable. Xytex did explain her donor dad began giving in the early 1990s and then briefly came back again to donate in the early 2000s.

“He was a top-selling donor,” Arroyo said about her donor, who was often picked by other families because of his good looks. “Light eyes, light skin, light hair.”

Xytex wouldn’t tell us if they asked him to come back because he was a popular donor.

After ABC Action News contacted Xytex, it pledged to changed its policy for the number of families assigned per donor. In the past, there was zero limits on the number of kids born in the U.S. to a single donor. Now, the company plans to limit each donor to 15 families in the United States and another 25 families world-wide.

For Arroyo, she may never meet, yet alone know all of her half siblings. Not all families report the births of their children, which is why the previous way Xytex tracked donor births is unreliable.

Other sperm banks still depend on clinics to compile data of their patient's births and send them back to the bank to track the donor births. Xytex says it’s a flawed process.

Arroyo says Xytex’s new policy of limiting the number of U.S. births per donor is on the right track.

And now her new mission is to not only meet all of her new siblings, but to get them together.

“One day I can plan a family reunion and have everyone show up,” she said.