One dead after two small planes collide in North Florida 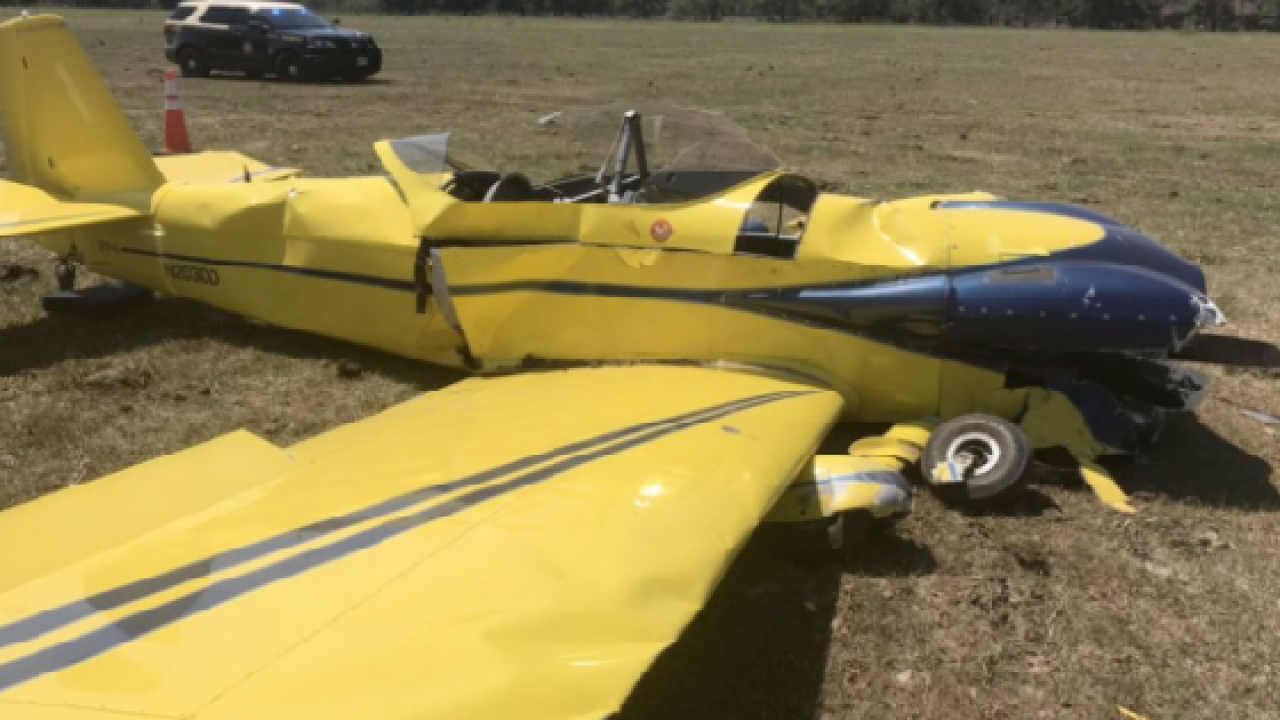 Florida Highway Patrol spokesman Dylan Bryan said 77-year-old David Dollarhide had just taken off in a two-seat kit plane near Haller Airpark in Green Cove Springs on Wednesday morning when he hit a plane piloted by 74-year-old Robert Woolley that was already in the air.

Bryan says Dollarhide's plane went down near the Clay County Fairgrounds, several miles (kilometers) north of the airpark, while Woolley's crashed into a wooded area closer to the airpark.

Dollarhide was hospitalized with injuries that were not believed to be life-threatening.

Bryan says both pilots lived near the private airfield, which did not have a control tower.

The Federal Aviation Administration is investigating.

According to the Clay County Sheriff's Office, the crash happened near the Penney Farms area.

Both aircrafts and their pilots have been located. Conditions of those aboard have not been confirmed.‬

The NTSB will most likely be lead investigators, the sheriff's office says.