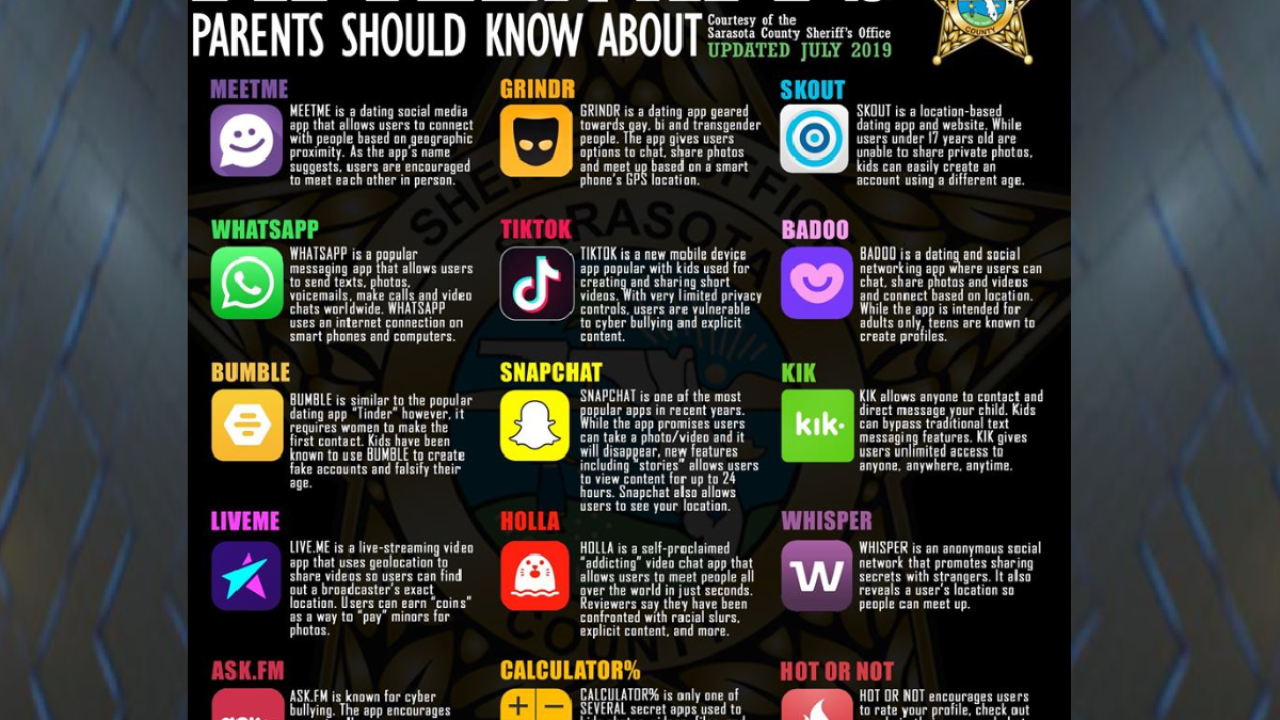 (WTXL) — The Sarasota County Sheriff’s Office put out an updated list of mobile applications which may be putting children at risk.

After a sting where deputies arrested 25 online predator suspects, the sheriff’s office updated a list of applications they said predators may use to target children.

The sheriff's office recommend that parents speak to their children and ensure they understand the dangers of being online and meeting with strangers.