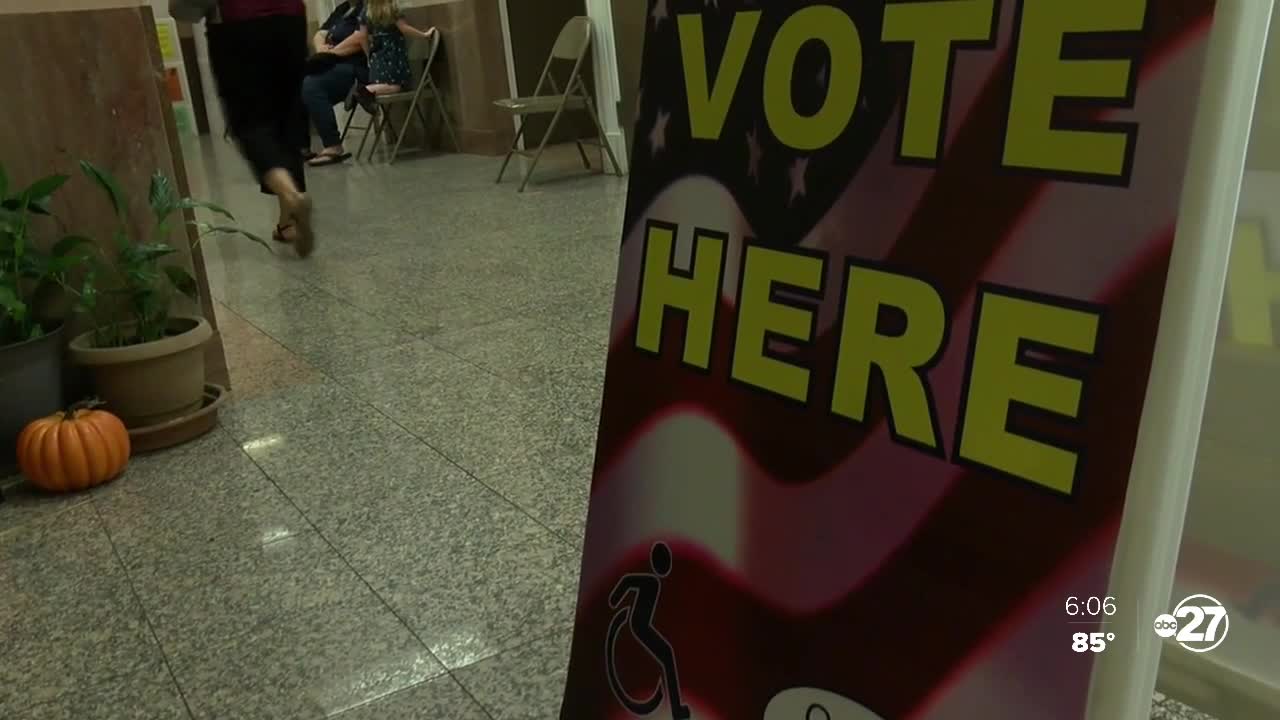 A record number of people are showing up at the Grady County courthouse this week to vote early.

CAIRO, Ga. (WTXL) — A record number of people are showing up at the Grady County courthouse this week to vote early.

Elections officials say this has been an unprecedented start to what's expected to be a busy season.

Some say it's the pandemic that makes people want to vote ahead of time, though most say this election is too big to miss no matter who you're voting for.

"The election felt more important than even I can remember in my lifetime," said Amy Comfort, a voter in Grady County.

Comfort says this year she didn't couldn't put off voting a single day longer. She's one of more than 900 people who have voted early in Grady County since polls opened on Monday.

Kenneth Gale says it's something he does every year ahead of election day.

"Because this election is the most important election we've ever had," Gale said.

Typically in Grady, only a couple thousand people vote early.

As far as paper ballots, election leaders have already counted more than 1,100.

Voter Pattie Crawford says it's not just the pandemic that's pushing people to the polls. It's the candidates.

"There's so much animosity between each group that each group wants to win," said Crawford. "So, they're out."

Even so, state leaders are making adjustments for the casting congestion.

Counties have the option to create more precincts if turnout is too overwhelming.

Because of the coronavirus crisis, masks are encouraged but not required.

They'll also be checking people for symptoms. Those who don't pass a temperature check will not be allowed inside.

Voters like Christi Kosson say they trust the measures in place.

"They're doing everything they can to keep everyone social distanced and sanitize everything, so it's just important we get out here and vote," Kosson said.

On this third day of early voting, there has been an average of about a ten to fifteen minute wait.

The registrar's office says on Tuesday, some waited about half an hour. On Monday, a little more than that.