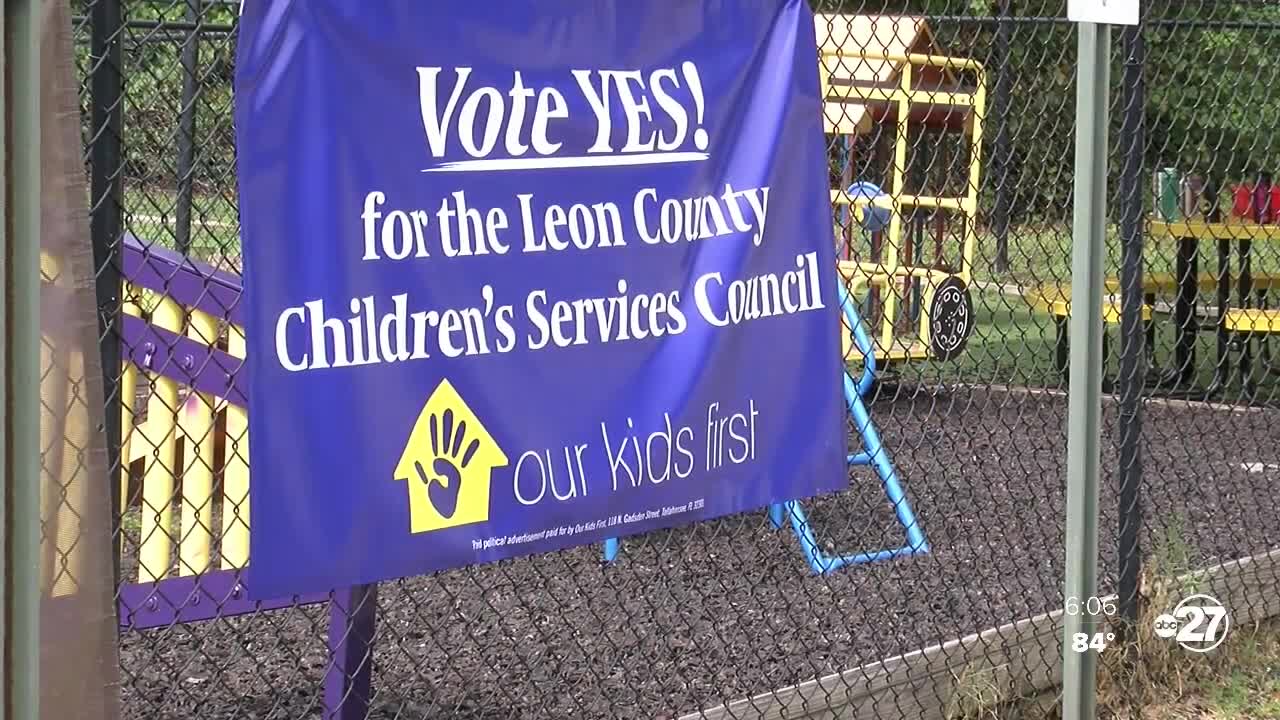 Providing the best resources for the children of Leon County is the goal behind the ballot initiative to create a Children's Services Council.

TALLAHASSEE, Fla. (WTXL) — Providing the best resources for the children of Leon County is the goal behind the ballot initiative to create a Children's Services Council.

Law enforcement, commissioners, and the entire Leon County School Board are standing behind the CSC, but there are concerns from others in the community that the CSC won't be as effective as promised.

Heavy support coming from a wide variety of community members showed up Thursday in support of the Council.

The ballot initiative would become the tenth council in the state dedicated to children.

Minor says he's ready to see the change that counties like Broward and St. Lucie have seen.

"Since the CSC started, Palm Beach County has seen a 1/3 drop in the number of children placed in out of home care," Minor said.

Each county has the option to tailor that money towards issues pertinent to its make up.

One issue of present concern in Leon County is juvenile crime. Of specific concern is that Leon County, compared to the state, has a higher total arrest rate of citizens under age 18 of 10.8 percent to 7.9 percent, the most recent data coming from 2017.

According to the Leon County CSC planning committee's executive report, the county pales in comparison to the state in many factors concerning the welfare of children, including:

Florida law grants each Children's Services Council the power to distribute tax revenue to maintain services needed for children's welfare in the county.

Meaning property valued at $100,000 would see a $42 takeaway going straight to the CSC.

To Leon County commissioner Bill Proctor that's not fair to many in the county.

"Why are we going with a property tax increase at a time like this in the midst of COVID and mass layoffs," Proctor said. "You're telling me there's not enough money between FSU, FAMU, the city, the county, and don't forget the state."

Proctor also feels the CSC is vague, not promising what it will do and who it will do it for.

"We don't know how this money is going to be dispersed," said Proctor. "That has not been explained. Will it be based off of zip code, income, skin color? We don't know."

Now it's up to the voters to decide who they agree with on November 3.

If it passes, 10 people will serve on the council, including the governor, plus five people of his choosing, plus a county representative and school board representative.

The Leon County CSC planning committee recommends entering into an inter-local loan agreement with Leon County or another local organization or entity to enable funding and support for staffing and necessary operations during the first year. That would include up to a $150,000 loan from the Leon County Commission.