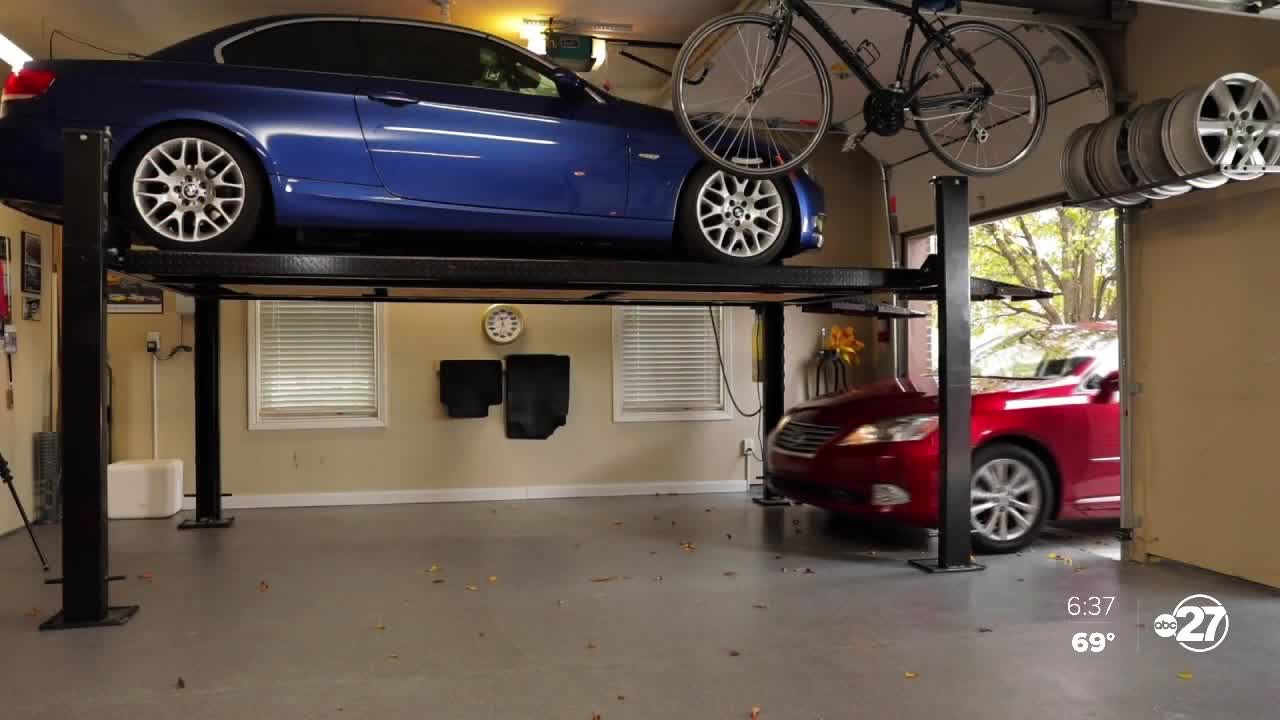 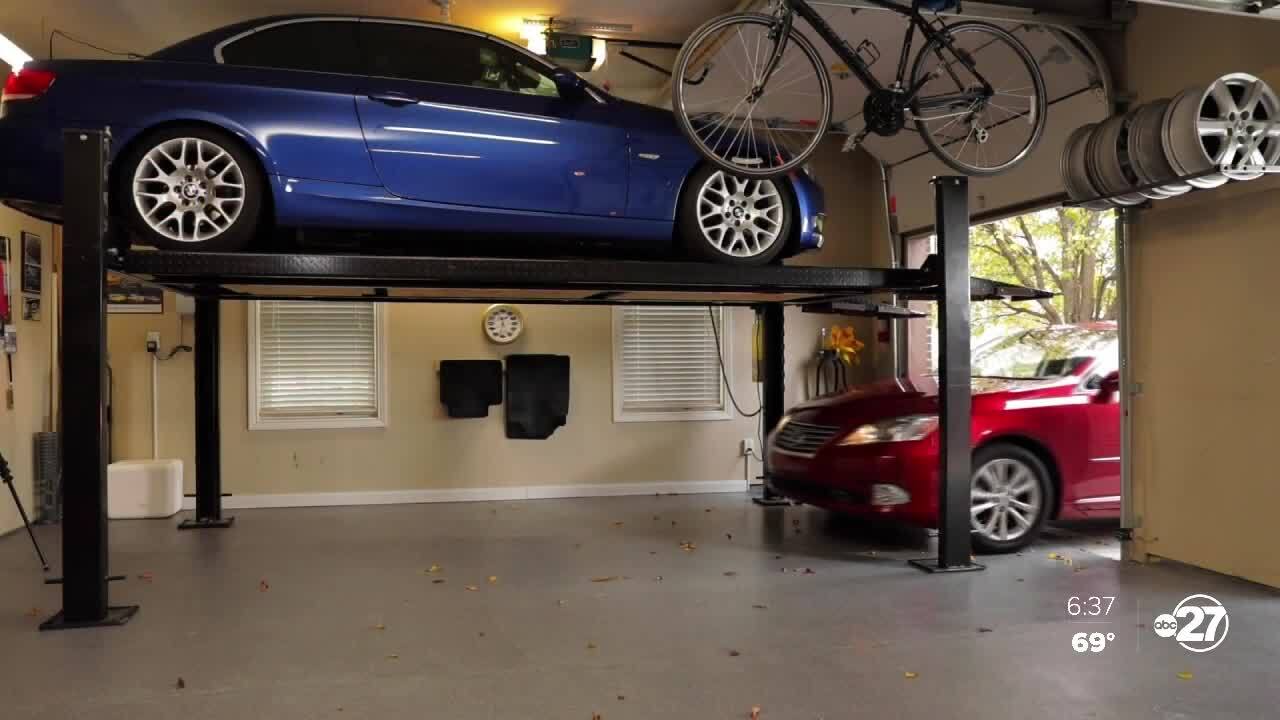 (WTXL) — Even if you have a two-car garage, you can fit a third or even fourth car in your garage without adding any room, just by using the space overhead.

In this weeks Angie’s List report, we’ll see how car lifts are changing how homeowners use their garage storage space.

You probably associate them with professional repair bays, but car lifts are becoming popular choices in residential garages to expand storage room.

“Once only used by the rich and famous, car lifts are much more affordable now, and we’re seeing them used by homeowners who have a lack of garage space,” said Angie Hicks.

“They were really quite affordable. At the time I paid about $2,000 for it, which is a heck of a lot cheaper than an extra bay in the garage," said Bruce Rosen, homeowner.

Lifts can be used for storing vehicles long-term, or to elevate them to access the underside. Tyler Griffin, owner of Indy’s DIY Garage, rents space and lifts to homeowners for repair work.

“Space is the most valuable commodity you have, whether that’s a large shop or you’ve got a two-car garage at home," said Tyler Griffin, owner of Indy’s DIY Garage.

Ajivit Verma, who works in sales and tech support for Titan Lifts in Indianapolis, recommends hiring a professional installer if you want a lift.

Car lifts come in a variety of shapes and sizes, appropriate for everything from a motorcycle to a commercial-grade lift capable of holding up trucks.

“It’s really taken off in the past couple of years. People are starting to realize, this is something attainable to them. It is affordable," said Verma.

Angie says different lifts have various levels of floor requirements and include a variety of safety features. An installation professional can tell you everything you need to know.