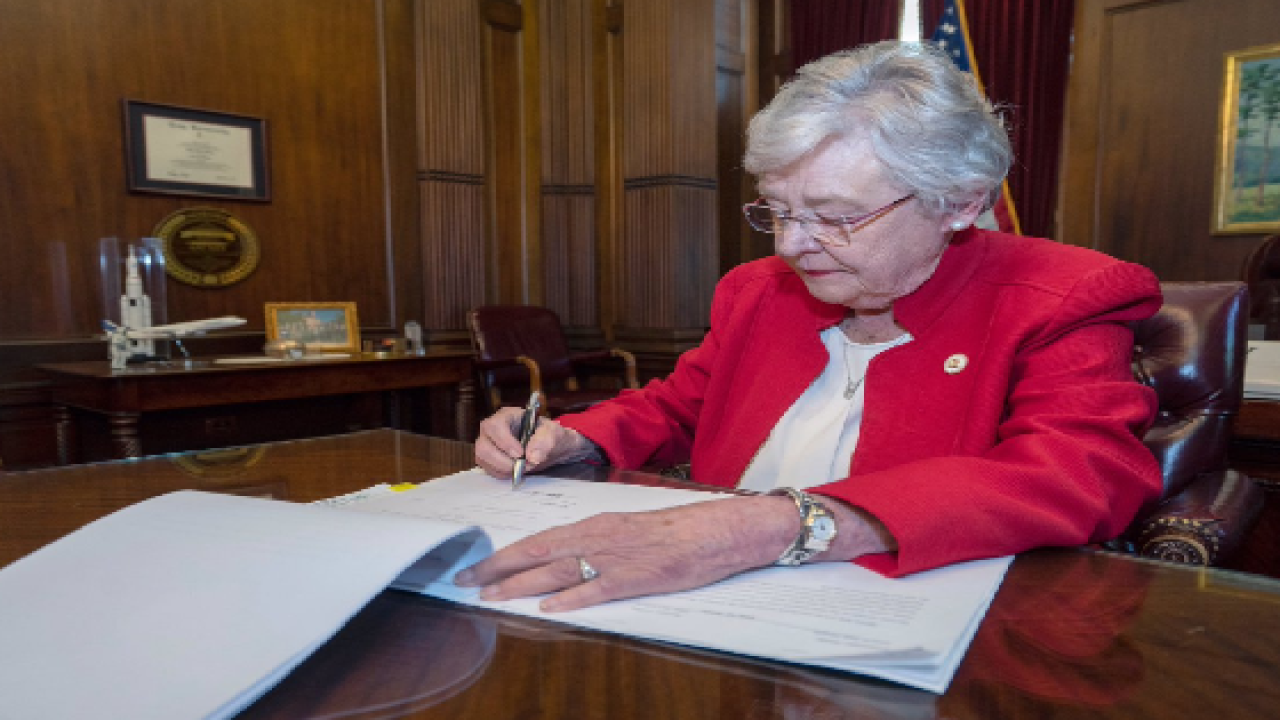 MONTGOMERY, Ala. (AP) — The Latest on a proposed on Alabama's abortion bill (all times local):

Conservative televangelist Pat Robertson says Alabama has "gone too far" by passing a bill that would make performing an abortion a felony in nearly all cases.

Robertson is a longtime abortion opponent, but on Wednesday, as he hosted "The 700 Club" on the Christian Broadcasting Network, he called the bill "extreme" and noted that it does not have exceptions for rape or incest.

Gov. Kay Ivey signed the measure into law Wednesday evening, although it is expected to be challenged in court.

Some Alabama lawmakers are hoping to ignite a legal fight in the hopes of getting the U.S. Supreme Court to gut abortion rights nationwide.

Robertson, however, said, "My humble view is that this is not the case we want to bring to the Supreme Court because I think this one will lose."

Alabama's governor has signed the most stringent abortion ban in the nation.

Republican Gov. Kay Ivey signed the measure Wednesday. The law will make performing an abortion at any stage of pregnancy a felony punishable by 10 to 99 years or life in prison.

There would be no punishment for the woman receiving the abortion, only for the abortion provider.

Critics have promised a swift lawsuit to challenge Alabama's ban if enacted.

Alabama Gov. Kay Ivey is not saying whether she intends to sign a proposed abortion ban into law.

Ivey told reporters Wednesday that she will review the legislation approved by lawmakers Tuesday night before announcing her decision. She says potential legal fees should not deter "efforts to protect the unborn."

The Alabama Legislature has given final approval to the nation's most restrictive abortion law in the country, a measure that makes performing abortion at any stage of pregnancy a felony.

Supporters say they hope to create a court case to challenge the 1973 Roe v. Wade decision that legalized abortion nationwide.

Staci Fox, of Planned Parenthood Southeast, said they urged Ivey to veto "this dangerous bill." She says they'll file a legal challenge against the ban if needed to block it from taking effect.

Lawmakers on Tuesday gave final approval to legislation that would make it a felony to perform an abortion at any stage of pregnancy.

However, even supporters of the bill expect courts to quickly block it from taking effect.

Alabama Gov. Kay Ivey will now decide whether to sign legislation that would outlaw almost all abortions in the state as some conservatives seek to ignite legal fights in the hopes of getting the U.S. Supreme Court to revisit the landmark 1973 decision that made the procedure legal.

The Alabama Legislature on Tuesday gave final approval to the nation's most restrictive abortion law in the country, a measure that makes performing abortion a felony at any stage of pregnancy with almost no exceptions.

Ivey will now decide whether to sign the bill State senators voted for 25-6. It cleared the House of Representatives earlier 74-3.

State Rep. Terri Collins said the goal is to create a court case to challenge the 1973 decision that legalized abortion nationwide.

Sen. Bobby Singleton, who voted against the bill, said the state should be ashamed.