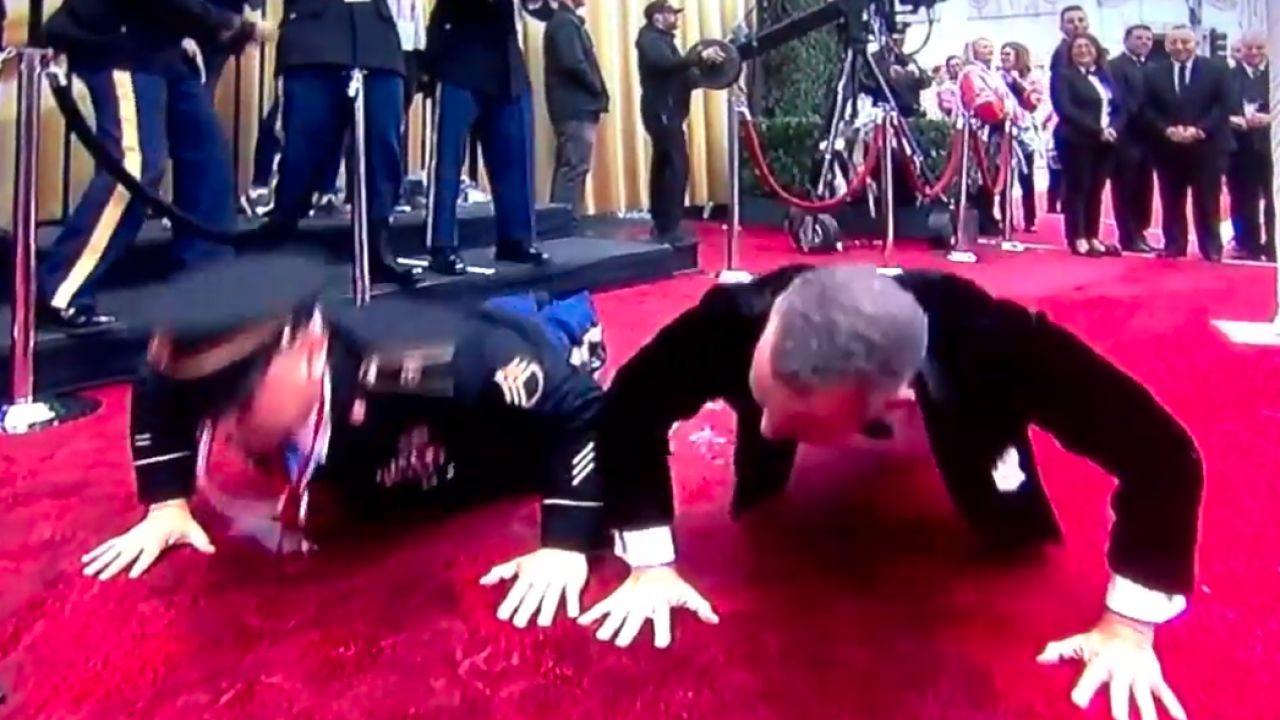 Tom Hanks may not have won the Oscar for best supporting actor, but he still made it a "beautiful day in Hollywood" for some service members.

While he lost out on the award to actor Brad Pitt, the 63-year-old Hanks found his moment Sunday to bring a fan into the glitz a glam, challenging a U.S. Army sergeant to a friendly pushup contest.

As Hanks walked the red carpet with his family, he stopped and walked over to a group of service members and pulled the sergeant over.

It's not clear what the exchange was between the two, but they immediately dropped and pumped out some reps, Hanks in a tux and the sergeant in full uniform, as soldiers cheered on the two pair.

According to People Magazine, Hanks has had a special relationship with military members ever since being inducted as an honorary member of the U.S. Army Rangers Hall of Fame for his portrayal of a captain in Oscar-winning film "Saving Private Ryan."

Of course, Hanks is also well-known for playing "Forrest Gump," which partially centered on the Vietnam War and won six Oscars in 1995.

This story was originally published by Mark Saunders on KGTV in San Diego.