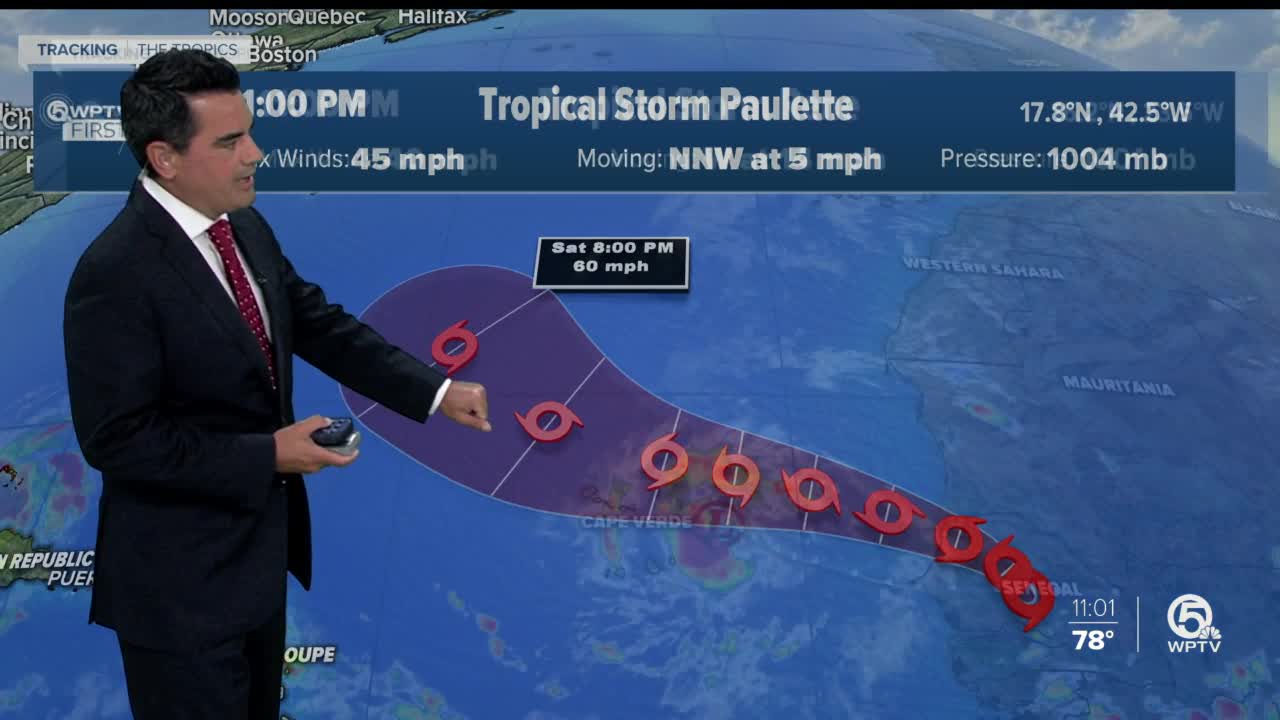 The hurricane season continues to be active with the formation of a new tropical storm and a depression in the last 12 hours. 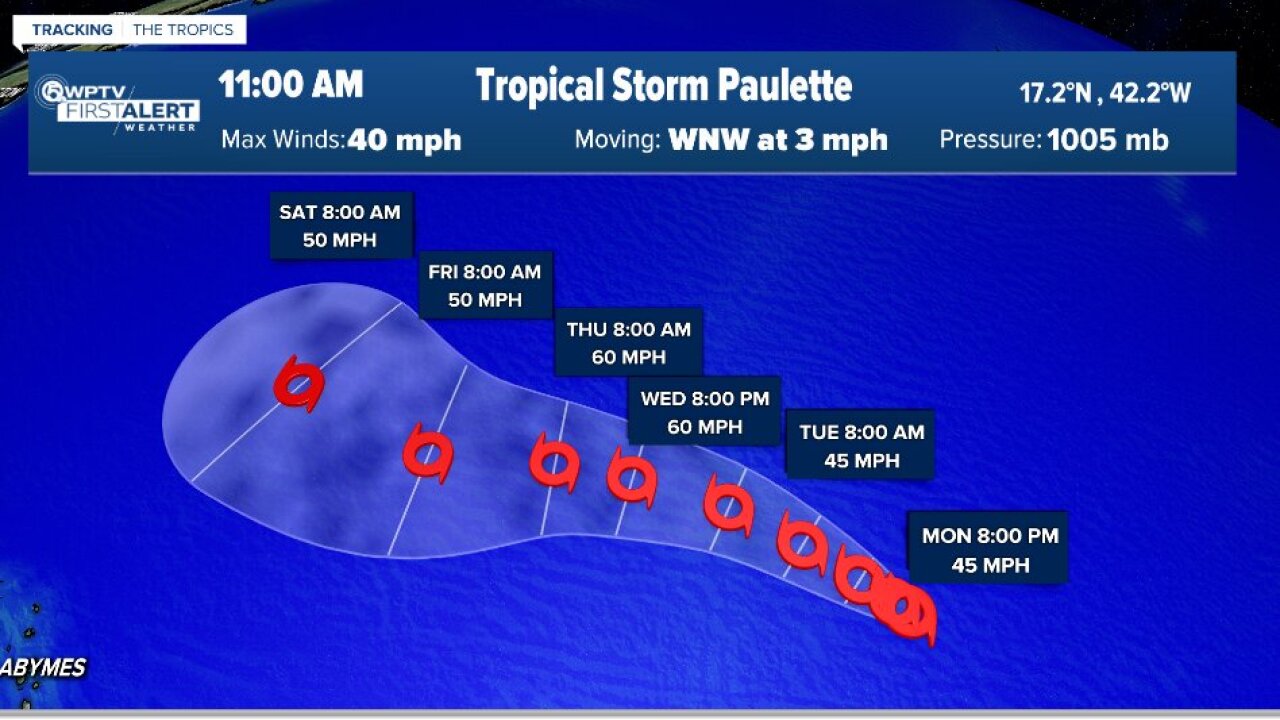 The hurricane season continues to be active with the formation of a new tropical storm and a depression in the last 12 hours.

Paulette is the earliest forming 16th named storm on record, breaking an old record set by Philippe on September 17, 2005, according to hurricane expert Philip Klotzbach.

Early indications are it may curve before it reaches the Bahamas, but we will keep an eye on it just in case. It may interact with tropical depression 18, located behind it, which also formed Monday morning.

Paulette's path and/or intensity might change because of its proximity to tropical depression 18.

Tropical depression 18 also looks like it may curve early but bears watching in the upcoming week. If it becomes a tropical storm, its name would be Rene.

An area near Bermuda has a low chance to develop into a weak system as it moves toward the Carolinas. It will not have an impact on our weather.

Another area, a few days out from even exiting the African coastline, has a low chance to develop right now but will increase in the upcoming days as it gets closer to coming off the coast.