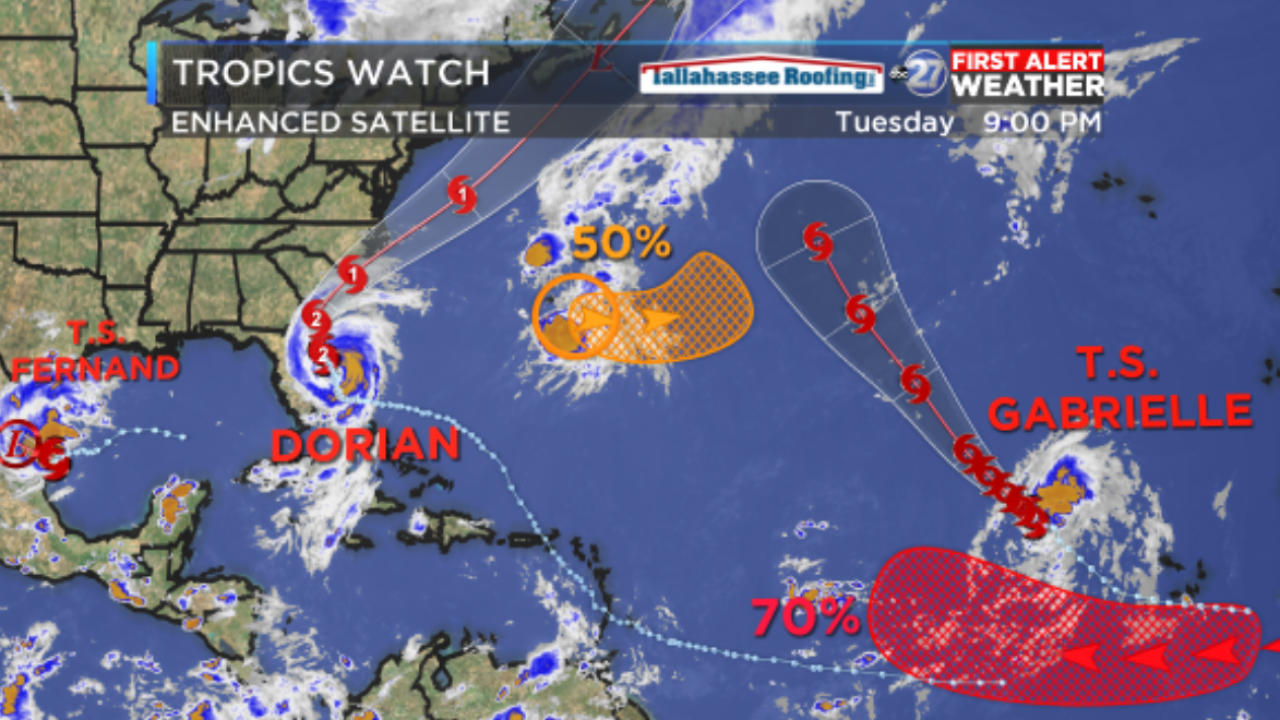 Tropics are busy! Tropical Storm #Fernand and #Gabrielle have both developed, but neither will pose any threat locally. Aside from #Dorian, the tropical wave coming off the west coast of Africa will be one to watch in the coming days. #FLwx pic.twitter.com/kvawZ6p7GH

In the National Hurricane Center's 5 a.m. advisory on Wednesday, Tropical Storm Gabrielle strengthened from a depression to a tropical storm.

Gabrielle, the seventh named storm of the season, is moving toward the northwest near 10 mph and this general motion is forecast to continue through Friday, with an increase in forward speed expected late in the week.

Gabrielle is far out in the Atlantic Ocean and poses no threat to land. It is expected to remain a tropical storm on a track far from North America.

Tropical Storm Fernand is also in the Gulf of Mexico and is nearing the Northeast Mexican coast just south of the U.S. border, with top sustained winds near 50 mph.

Aside from both of those tropical storms, the tropical wave coming off the west coast of Africa will be one to watch in the coming days. The wave has a 70 percent chance of developing in the next five days.