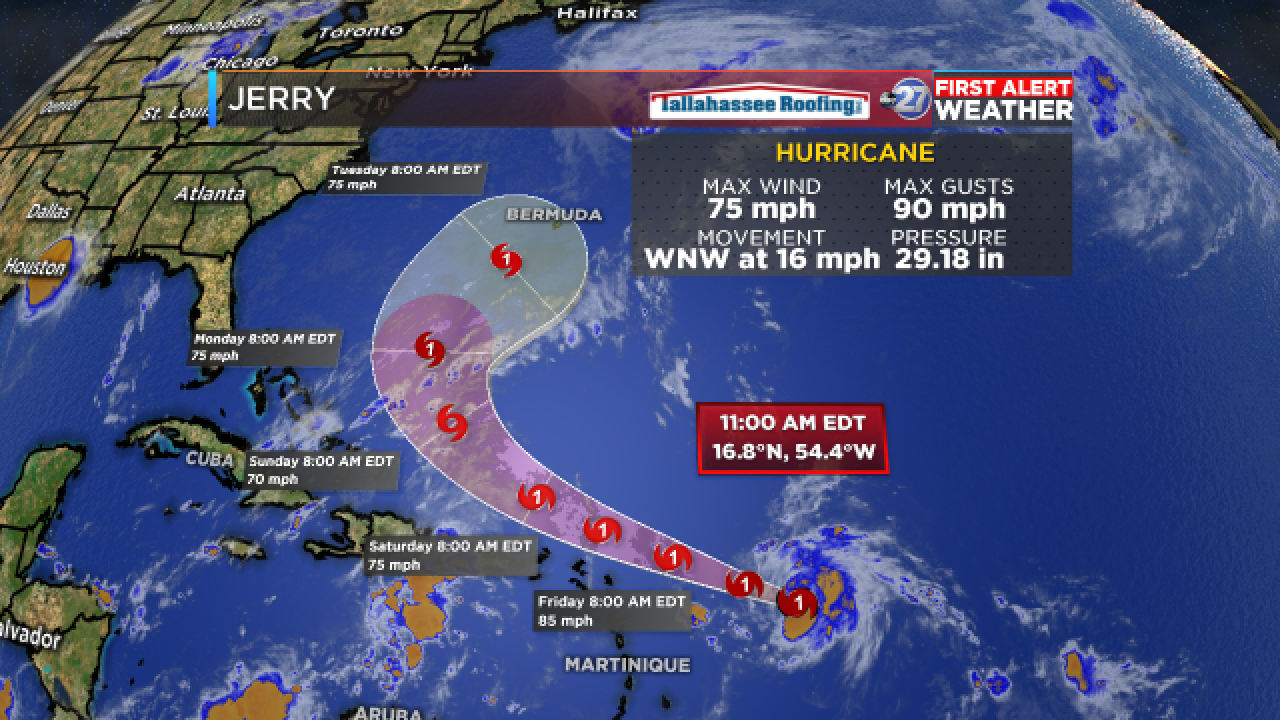 (WTXL) — Jerry has strengthened into a Category 1 hurricane as it moves west-northwest, according to the National Hurricane Center.

According to the 11 a.m. update on Thursday from the National Hurricane Center, the storm has maximum sustained winds of 75 mph, and is moving toward the west-northwest at 16 mph.

A west-northwest motion at a similar forward speed is expected over the next few days. On the forecast track, the center of Jerry will be near or north of the northern Leeward Islands Friday, pass north of Puerto Rico on Saturday and east of the southeastern Bahamas on Sunday.

Jerry is forecast to strengthen during the next day before some weakening begins this weekend. It is not expected to impact Florida.

Hurricane Jerry is just one of six areas the National Hurricane Center is watching.

Jerry is expected to produce 1 to 3 inches of rainfall, with isolated maximum totals of 4 to 6 inches from Barbuda northwest across St. Marteen/Anguilla into Anegada.

The storm is also forecast to produce total rainfall accumulations of 1 to 2 inches with maximum amounts of 3 inches across the the Virgin Islands and Puerto Rico.